EXPLAINED: How to keep energy bills down in Austria

The first snowfall has already hit the Alps, which can only mean one thing – winter is on its way. Here's how to save money on energy bills in Austria as we head into the heating season.

It's no secret that the cost of living is high and set to get even more expensive as we head into a cold Austrian winter.

But it's not all doom and gloom as there are some simple ways to save money and energy in Austria.

FOR MEMBERS: Reader question: What should I do if I haven’t received Austrian government’s €500 payment?

Turning down the heating can have a big impact on energy bills. But in a cold country like Austria, it can also affect people’s wellbeing.

This is why many are opting for a compromise and lowering the temperature of central heating by just one or two degrees.

Harald Proidl, Head of the Eco-Energy and Energy Efficiency department at E-Control, told the Wiener Zeitung: “Just one degree less room temperature results in savings of five to six percent, depending on the building standard.”

Proidl says 21 degrees is the best energy-saving temperature for heating in a house or apartment. However, for most people, 23 degrees is the ideal setting for health and wellbeing.

Fridges are one of the main culprits, and big savings can be made by slightly increasing the temperature without compromising on food safety.

The recommended temperature for a fridge is between zero and five degrees, with four degrees often tipped as the magic number.

READ MORE: 29 ways to save money in Austria (but still have fun)

Experts also say defrosting the freezer on a regular basis can help save energy. If the ice inside a freezer is more than 3cm thick, it’s time for a defrost. The ideal temperature for a freezer is -18 degrees.

Additionally, turning off devices like a PlayStation, Xbox or speaker system at the socket can significantly save energy and reduce electricity bills.

If possible, unplug these devices when they are not in use or invest in an electric socket bar that can be switched off. 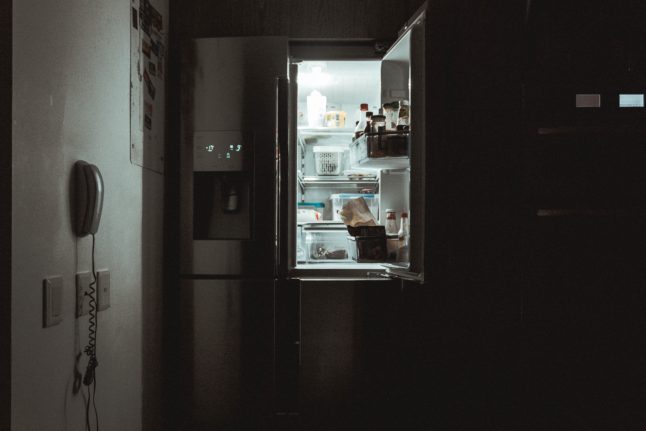 A refrigerator can really use a lot of energy, especially it it's not well-maintained. (Photo by nrd on Unsplash)

Use the dishwasher and washing machine less

Like fridges and freezers, dishwashers and washing machines are essential household items but they also use a lot of energy.

E-Control expert Proidl said: "If you only run the washing machine or dishwasher twice a week instead of four times, that reduces electricity consumption by two kilowatt hours."

Simply by being more considerate with how these appliances are used can make a difference.

Many energy experts say that savings can be made by switching to a more energy-efficient shower head (also known as eco shower head).

These devices can save around 20 to 30 percent of water per shower, which translates to big energy savings with hot water. The Austrian Federal Government is also recommending that people lower the water temperature when showering to further conserve energy and save money.

Energy-efficient shower heads can be easily picked up at hardware stores like Obi, Bauhaus and Lagerhaus.

Investing in insulation (also known as thermal building renovations in Austria) is a great way to save energy and still feel warm while at home.

The Austrian Federal Government website says a well insulated home can reduce the need for energy by 40 percent. As a result, there is funding available for individuals and businesses to upgrade their properties through insulation.

The government scheme can cover up to 30 percent of costs for work such as refurbishment or replacement of windows and external doors, and insulation of outer walls or ceilings.

The deadline for applications for the €650 million scheme is December 31st 2022. 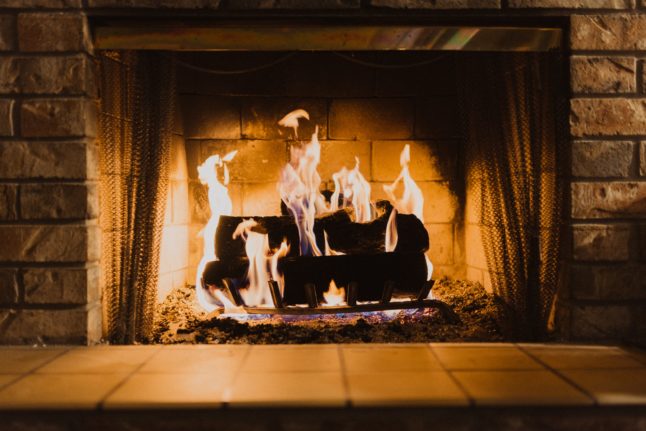 Photo by Hayden Scott on Unsplash

Use a fireplace instead of an electric heater (if possible)

Many people in Austria have been asking if using an electric heater instead of gas radiators can save money on energy bills this winter, as reported by The Local.

But in a recent report by ORF, electric heaters were described as having “very poor overall efficiency”. This is because electricity is produced in power plants that produce emissions, and electric heaters don’t retain their heat for long after being switched off.

Instead, a wood burning stove is recommended as a cheaper alternative to electric or gas heating.

READ NEXT: Milk, cheese and eggs by 19.5 percent: How food prices in Austria are rising

What else is the government saying?

So far, the Austrian Federal Government has avoided making tough demands on the public to save energy, despite fears of possible gas shortages this winter.

Instead, the government recently launched the “Mission 11” campaign to help the country’s residents reduce energy consumption by eleven percent. The aim is to introduce “small changes in our behaviour” amid the global energy crisis.

As part of the initiative, the government announced several tips to keep houses warmer, save energy and improve efficiency.

You can read The Local’s full report on Mission 11 here.

Find out more about saving energy in Austria

Book an appointment with an energy consultant at an Energy Advice Centre in Vienna.