Payments for the Climate Bonus are now complete, but round two will start in February 2023. (The Local)

The Klimabonus, a €500 one-off payment sent out by the Austrian government to (almost) everyone who lives in the country to help cushion inflation costs, has been a heated topic since it was first announced.

So far, more than 7.4 million people have received the bonus via a bank transfer, while more than 1.2 million got vouchers that could be redeemed in stores or for cash, according to the Climate Ministry.

Anyone who has lived in Austria for at least 183 days during the year 2022 is entitled to the 2022 payment. People who only fulfilled the requirement in the second half of 2022 (newborn babies and recently relocated residents) will receive the total 2022 Klimabonus amount in the second wave of payments set for February 2023.

However, many who have already fulfilled the criteria in the first semester are still waiting for their payments. One reader who asked not to be identified said: “I have lived in Vienna for over three years. I have a rental apartment, health insurance, and accurate financial information on FinanzOnline. I also have a Handy Signatur and a bank account at BAWAG PSK.”

“But I never received my Klimabonus or a voucher.”

Igor Zuljic, a Croatian national who has lived in Austria for more than 30 years, is also still waiting to receive his payment.

“I have been doing my Steuerausgleich every year. So they have my details and my bank account. I received money before from the Finanzministerium“, said the 37-year-old.

“I think it was just a huge administrative task that they just couldn’t perform because it was too massive”, he said.

The government said that some groups of EU citizens or third-country nationals were affected by “some problems with the automated entitlement check by the Ministry of the Interior”.

“​​Every effort is being taken to find a solution, please bear with us. You will receive your payment for 2022 in the second wave of payments starting February 2023)”, the authorities said.

The exact number of people affected is unclear, and the Ministry hasn’t replied to Austrian media asking the reasons for the delays, what exactly is being checked or whether there is a connection with the countries of origin.

Broadcaster ORF estimates that as many as 300,000 people could be affected.

As the government said that around 400,000 people would receive a payment in February, the website removed the estimated number of people who moved to or were born in Austria in the first half of the year, about 100,000, to reach the 300,000 estimate.

The reader that reached out said she tried calling the hotline, but they would not talk to her as she doesn’t speak German.

“They said in English that they would only talk to me in German”, she said. Her husband got his Klimabonus via voucher early on, she added.

According to the daily Der Standard, there are currently 140,000 “open tickets” in the Klimabonus “service centre” – though there could be double reports, so the number doesn’t necessarily equate to the number of people affected.

The website reported cases of people finding the hotline often unavailable, not getting promised callbacks or simply being hung up on complicated questions.

The Ministry stated that the employees of the Klimabonus hotline receive regular training and that “various quality assurance processes” are in place.

The only criterion is that the recipient must have lived in Austria for at least 181 days in 2022 to be eligible for the payment. Your nationality or employment status doesn’t matter – if you have spent six months legally in 2022 in the country, you will get the money. 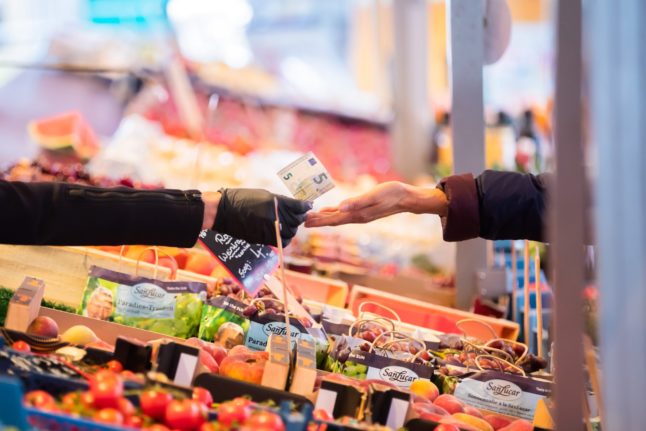 MONEY
EXPLAINED: 10 ways to save money on your groceries in Austria