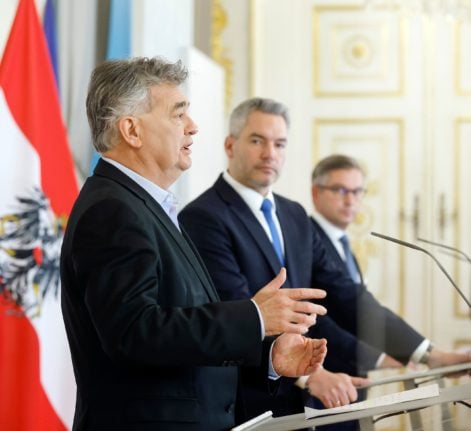 “We want to give people security”, said Austrian chancellor Karl Nehammer (ÖVP) as he announced a long-awaited package of measures to cushion the effects of rising inflation.

Some €5 billion is set aside for payments aimed public and households whilst €1 billion is designated for entrepreneurs.

Vice-Chancellor Werner Kogler (Greens), Finance Minister Magnus Brunner (ÖVP) and Minister of Social Affairs Johannes Rauch (Greens) were also with Nehammmer to present the cornerstones of the new relief package during a press conference on Tuesday.

Austria will set aside more than €6 billion to finance measures on the short-term and structural changes looking to fight inflation, which is expected to reach 8 percent in May – the highest rate in almost 50 years.

A large part of the package is earmarked for increased social benefit payments especially family allowances.

Higher tax deductions are also part of the extensive package, and a structural change will be made to adjust these benefits to inflation in the future.

READ ALSO: What is Austria planning to do to cushion the rising cost of living?

Unemployed people and other “vulnerable groups” will receive a one-off payment of €300. The government expects this payment to reach some 600,000 people.

Social payments are some of the measures that should arrive first, according to the government. These are expected to be already paid out in August or September.

The so-called “climate bonus” payments, known as Klimabonus, a yearly payment meant to offset costs of a CO2 tax that has not yet been implemented in the country, will also be increased. From the planned €200 maximum per person, it will be €500 per person. This is expected to be paid in autumn, possibly October.

READ ALSO: EXPLAINED: Everything you need to know about Austria’s climate bonus payment

Reforms and help for companies

According to statements made by the chancellor, the packed will also include relief measures for companies.

“It is about offering structural relief and changes”, Nehammer said.

With vice-chancellor Werner Kogler (Greens), Nehammer announced the country would abolish the “cold progression” – the term used to describe increases in tax burdens which are based on increases in income but do not account for inflation.

In Austria, tax brackets were not adjusted for inflation, meaning that salary increases due to the rising cost of living could bump people up to higher brackets with higher taxes, effectively negating the impact of any actual salary increases.

The removal of “cold progression” could also cost federal coffers €17 billion in the long term, Kogler said. The measure will be discussed and decided by the National Council over the summer, and changes brought in 2023.

Finance Minister Brunner mentioned that rising inflation is due mainly to significant factors, including the coronavirus pandemic, the Ukraine war, and supply chain problems.

READ ALSO: How will the war in Ukraine impact the cost of living in Austria?

“We can’t simply open the money tap; we need structural steps”, Brunner justified the need for the package and its step-by-step program, with measures coming in the summer, autumn, and some only in 2023.

“Inflation has hit everyone, which is why we need a broad package”, Social Minister Rauch added, saying that the measures should prevent poverty in Austria. 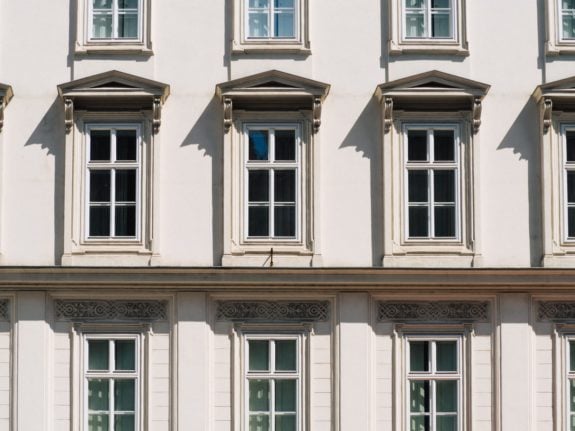 Austria has plans to reduce gas bills for people renting an Altbau, or old buildings, which often fall under rent control laws.

Justice Minister Alma Zadic (Greens) is looking into how a price reduction for gas heating could be implemented after the idea was floated by Vice Chancellor Werner Kogler (Greens), broadcaster ORF reported.

“The tenants get a high bill but have zero leeway to change their heating system themselves,” Kogler told Austrian media.

Austria’s ÖVP leading party said there is “no ban on thinking” and any idea should be debated and evaluated.

The old residential apartments have a central heating system and tenants cannot adjust it themselves. At the same time, Kogler wants to create incentives for apartment building owners and landlords to convert to renewable heating systems.

The SPÖ is in favour of the measures, while right-wing FPÖ says they make “tenancy law even more confusing”.

Unsurprisingly, the landowners’ association (ÖHGB) said they saw Kogler’s proposal as impractical populism. Furthermore, they complain that changing the heating source is not an easy matter in Austria, where many options, such as heat pumps or district heating, are not available everywhere.

There are currently around 250,000 apartments in Altbau buildings, most of them in the capital Vienna, and heated with gas.

The costs of gas (and electricity) are increasing in Austria, as The Local reported. State-run distributors EVN and Wien Energie announced earlier this month that prices were set to go up as of September.

In Lower Austria, around 50 percent of EVN consumers should expect to pay at least €100 more monthly. The hike will affect those on a “classic tariff”.

Austria is looking to cushion the increasing costs for its population and is working on an electricity price cap. Earlier this year, the government sent out €150 energy vouchers people could use to get a discount on their yearly energy bills.

Regionally, similar measures have already been taken, especially in Lower Austria, where a €250 million funding plan was recently announced.

Vienna has announced an extensive package with one-off payments of €200 and structural measures that will benefit more than one million residents in the Austrian capital, as The Local reported.