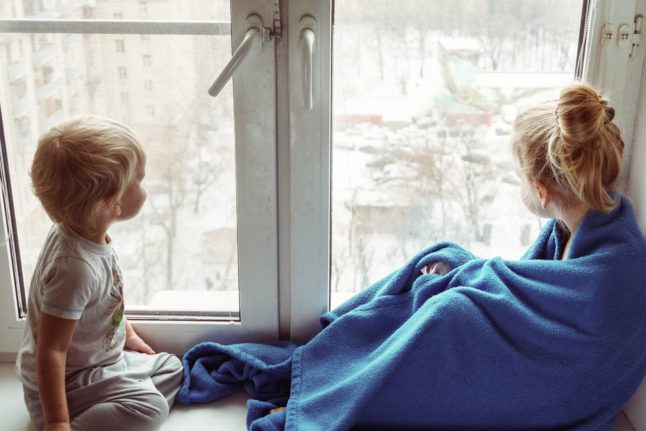 As energy bills rise, when is the best time to turn on the heating in Austria? (Photo by Vitolda Klein on Unsplash)

As cold weather starts rolling in across Austria, thoughts are turning to cosy evenings at home.

But with expensive winter energy bills on the horizon, some readers are wondering if they should delay turning on the heating this year.

Here’s what you need to know about the rules in Austria.

What is the current situation with energy prices?

For several months, the cost of energy has been rising and is a key driver of the high inflation rate in Austria.

As a result, state-run energy companies EVN and Wien Energie have already announced price rises for this autumn. And in August, Wien Energie had to secure a loan from the Austrian federal government to secure future energy contracts amid market volatility.

The government has also stepped in to offer support to consumers in the form of an “electricity price brake”.

From December 1st until June 30th 2024, the price of electricity in Austria will be subsidised up to a consumption of 2,900-kilowatt hours.

Until that limit, it will cost only ten cents per kilowatt hour – the energy price from before the current energy crisis. Above that consumption limit, people will have to pay market prices for what they consume.

Additionally, there is further financial support available from some regional governments.

A prime example is the City of Vienna, which has put together an extensive package of one-off €200 payments and structural measures to benefit more than one million residents.

Despite these governmental initiatives though, energy bills in Austria are still expected to be high this winter.

FOR MEMBERS: How could Austria’s new electricity price brake benefit you?

When is the heating season in Austria?

The heating season is the time of the year when homes are heated to protect against the cold – either by radiators, log burners, electric heaters or a combination of heat sources.

In Austria, the season typically runs from October 1st to April 30th, although it is not defined by law.

I’m a renter. What are my options for turning on the heating?

This depends on where you live and what is in your rental contract.

For example, if you live in an Altbau (old building) apartment, the heating will be controlled by a central gas system that is set by the landlord. This means you could be in for high energy bills this winter with no way to change the heating settings yourself.

There are currently around 250,000 apartments in Altbau buildings in Austria, most of them in the capital Vienna, and heated with gas. 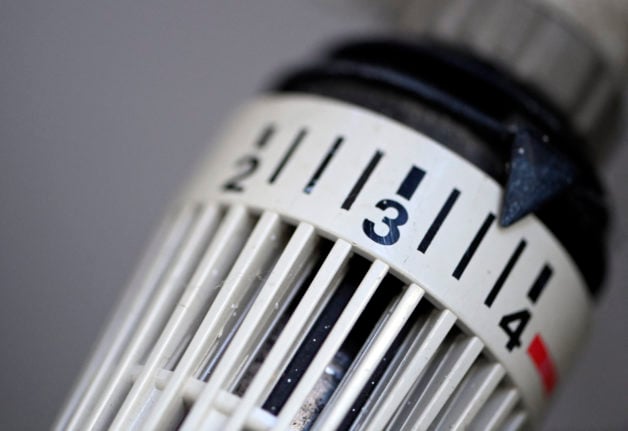 Justice Minister Alma Zadic (Greens) is currently looking into how a price reduction for gas heating in Altbau buildings could be implemented after the idea was floated by Vice Chancellor Werner Kogler (Greens), broadcaster ORF reported.

However, if you don’t live in an Altbau building and the heating is not controlled by the landlord, it’s likely that your contract will state the minimum temperature for heating during winter. As well as the date when the heating should be turned on.

If in doubt about your responsibilities for heating a rental property this winter, check your contract or contact your landlord.

READ ALSO: Reader question: Will I benefit from Austria’s electricity price cap for my second home?

I own my home. What should I do?

Homeowners are free to make up their own rules about when and how much they heat their homes. But there are some aspects to consider, mostly due to the ongoing maintenance of a house or apartment.

Heating too little, or turning the heating off completely in some rooms, can lead to the formation of mould, which will present a different set of problems in the future.

What are the recommendations for heating a home in Austria?

During the autumn and winter, experts say heating should be set between 20 and 22 degrees from 6am to 11pm. Overnight (11pm to 6am), it can be reduced to 18 degrees.

These temperatures have been referenced in court decisions on disputes between landlords and tenants, as explained by Net 4 Energy.

However, even outside of the “official” heating season in Austria, the heating system in a rental property must still work and the landlord is responsible for maintaining it.

Can I just not heat my property at all?

If you rent and are considering not turning your radiators on at all this winter, you may end up having to pay for damage, such as frozen pipes or mould.

This also applies if you plan to be away from your Austrian home for long periods of time – either to work remotely or for a business trip.

Another point to consider is that it can be very bad for your health to be in a home where you feel too cold. So think about how to make sure you (and your family or housemates if you live with people) will stay warm this winter before turning off the heating.

Consumers should, however, keep an eye on the electricity and gas prices of their suppliers and ask the property owner whether the entire heating system is optimally adjusted.

FOR MEMBERS: 7 ways to talk about money in German

How can I save on heating costs?

The Austrian Federal Government recently launched the “Mission 11” initiative, which is a campaign to help the country’s residents reduce energy consumption by eleven percent. The aim is to introduce “small changes in our behaviour” amid the global energy crisis.

As part of the initiative, the government announced several tips to keep houses warmer, save energy and improve efficiency.

Most notably, the advice includes lowering the heating temperature by two degrees over the entire period. This should reduce heating bills by 12 percent.

​​The government also suggested people keep their radiators uncovered to help the spread of warm air, use sealing tapes against leaky windows, air out rooms three times a day (instead of keeping windows slightly open) and close doors to unheated rooms.

Additionally, programmable thermostats should be used to keep heating on only when people are at home.

MONEY
Reader question: Why haven’t I received my Klimabonus in Austria yet?

With rising inflation, the Austrian government announced several measures to try and cushion the effects of higher cost of living for those who live in the country. One of the most talked about measures is the so-called Klimabonus (officially, the full name would be something like “the climate and anti-inflation bonus”), the €500 one-off payment that every resident in the country is entitled to.

The Klimabonus is supposed to be straightforward: no need to apply for it, no long queues, no different criteria or different amounts depending on income. However, there are two rules: the recipient must live in Austria for six months in 2022, and minors receive half the amount.

The “easy” payments would be sent directly to the recipient’s bank account registered with FinanzOnline – those who do not have their data up to date would instead get a secure letter with Klimabonus vouchers that can be exchanged for money or used in hundreds of stores and supermarkets.

It hasn’t been that simple, though, as payments started on September 1st and many people still haven’t received their money. Here are some reasons why you might not have received your €500 payment yet.

You are not entitled to it

The first reason, of course, is if you are not entitled to the payment.

According to the federal government, “Everyone who has their main residence in Austria for at least 183 days in the year of entitlement receives the climate bonus – regardless of age or origin and citizenship.”

READ ALSO: Everything that changes in Austria in October 2022

This means you must have your primary residence for around six months in 2022 to receive the climate bonus this year. So if you moved this year and haven’t been here for that long, then you are not entitled to it – yet.

If you moved but are unregistered with the authorities here (in other words, you haven’t got your Meldezettel), then you are also not entitled.

You recently moved to Austria

Those who moved to Austria this year might also only get their payment next year. This is because the government uses the data from July 3rd to assess who has been in Austria for 183 days.

This means that if you moved in 2022 and have not been in Austria for 183 days on July 3rd, you’ll likely end up in the second payout round to be made at the end of the year.

The same is valid for babies born this year in Austria. As these people won’t show up as living in Austria for 183 days as of July 3rd, they should get their payment (the total amount, referring to 2022) only in early 2023. 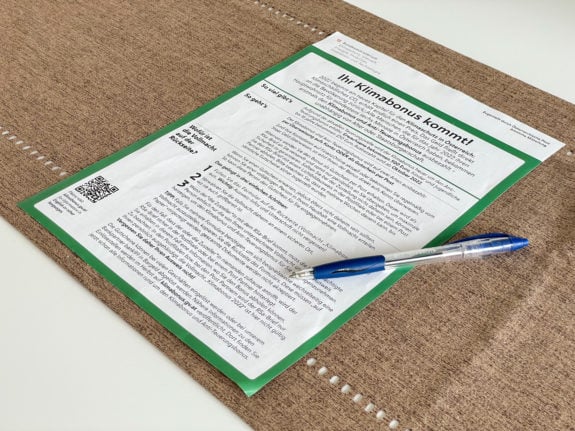 You are one of the last people to get it

There is another reason why you might not have gotten your payment: you’re just last in line for this first payment. The transfers are made daily but capped to a – technical – limit and are made randomly.

We can’t rule out that there might have been an error in your case. You can check your bank information on FinanzOnline to see if the data is up to date and correct.

If you haven’t gotten your transfer or a voucher by the end of October – and there has been no announcement of delays by the government -you can reach the Klimabonus service team on the phone.

MONEY
Reader question: I recently moved to Austria, will I receive the ‘climate bonus’?

TRAVEL NEWS
Passports: What are the post-Brexit rules for dual-nationals travelling in Europe?
Url copied to clipboard!