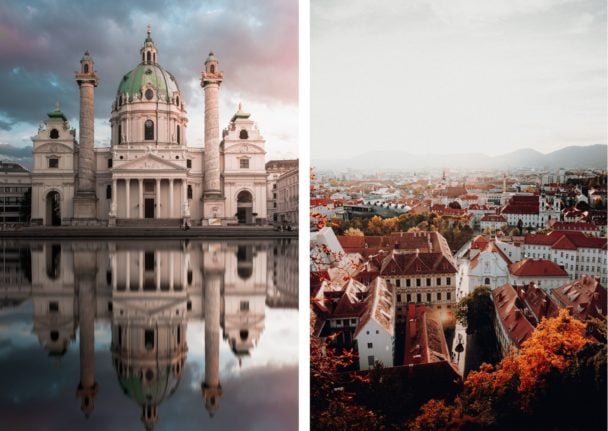 Vienna vs Graz, which one is better to live as an immigrant? (Photo by Eric Hong on Unsplash and Photo by Daniel J. Schwarz on Unsplash)

Austria is a country with a superb standard of living, many job opportunities and a thriving international business scene – companies like Runtastic and Red Bull are from the alpine country. It is also centrally located in Europe and filled with people from all over the world.

Most people who move to Austria settle in the capital Vienna, which is also, by far, its largest city, with nearly one-third of Austrian residents living in the Vienna metropolitan region.

The second-largest city is Graz. Over 330,000 people live there, compared with the 1.9 million Viennese residents.

Graz is a centre for knowledge and science, with four colleges and four universities.

There are many factors to consider when thinking about moving to either one of them.

“The best thing about Graz is that there is always a lot going on; it’s a big city, but with a small-town vibe, and everything is so easily accessible, even by bike. On the other hand, Vienna is multicultural; it’s easier to find different groups, friends, and even jobs”, sums up Valeria Queiroz, who moved to Graz and then to Vienna from Brazil.

Rachel Fox, who left the UK, lived in Germany and has been living in Graz since 2015, agrees. “I love the size – small but we still have good museums, theater, opera, lots of interesting independent shops and places to eat. There are so many festivals and fun things to do,plus a really creative art scene. Tons of kids activities, especially in the summer and some heavily subsidised by the city”.

Of course, the main difference that might stand out is the size – and the fact that Vienna is the capital. Graz might be Austria’s second-largest city but it’s a fraction of the size of the capital.

This will have its impact, and whether things are positive or negative will depend on personal preference and previous experience. For example, for some immigrants, even Vienna could seem like a small town. Others might prefer the calm but still active city of Graz.

READ ALSO: What is Austria’s ”traffic calendar” and how can it help me save time?

“Graz has everything you might need, and it’s not far from Vienna. The atmosphere is also very pleasant, and you are close to places like lake regions, Slovenia and Italy. My entire family decided to stay in Graz, and they love it,” Natália Amaral-Skreinig tells The Local.

She and her husband spent ten years in the Graz and surrounding region before moving to Vienna in 2018. The big reason for the move? Jobs and career.

Even though most vacancies in Austria are actually in the Upper Austria state, Vienna is still a hotspot for work, especially if you are an international resident looking for jobs in creativity, services or business. Natália spoke fluent German before moving to the capital. Still, she says it was challenging to find employment in her marketing area in Graz.

“There just weren’t many options in my field in Graz. So when my husband, who is also an immigrant, started looking for a job, he found a position in Vienna too”, she says.

Valéria shares the same experience, and even while she lived in the capital of Styria, she held a job in Vienna.

“I used to come to Vienna two or three times a week, and the rest I would do remotely from Graz”, Valéria, a language teacher, says. After about three years in Graz, she moved to Vienna in 2020.

Even though several major Austrian companies, including Red Bull, are not headquartered in the capital, many startups, international businesses and organisations are in Vienna.

When it comes to the tourism sector, one of Austria’s most important economic activities, the capital is still the primary destination for travellers – even if it is not in the Alps.

Still, it is worth mentioning that Austria is at a record-low unemployment rate, and many professions are actually deemed shortage occupations, with high demand for skilled workers.

In Graz, it is also important to note that there are four colleges and four universities in the city, so those looking for jobs in research and academia might see more prospects in Styria. 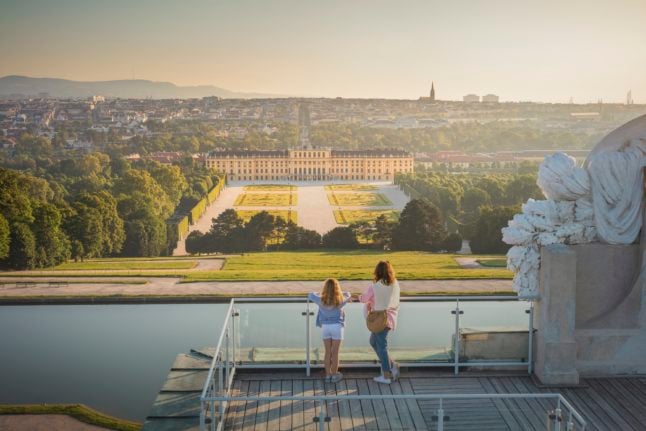 When it comes to living costs, rent and property outside of the capital are much cheaper, according to Kornelia Epping, a specialist in immigration and relocation and CEO of MOVES consulting.

“Rents are much lower in Graz than in Vienna, but energy and other costs are the same. When it comes to highly skilled workers because they have salary requirements according to the immigration law, they end up having a higher purchasing power in Styria and lower living expenses outside of Vienna”, she explains.

READ ALSO: Property: How to find a rental flat when you arrive in Austria

Another advantage Graz has is that processes and bureaucracy tend to flow better.

“In terms of bureaucracy, especially for getting and renewing permits, there are not as many delays and issues in Graz as there are in Vienna. The processes are the same, but they work faster in Graz”, Epping adds.

Vienna’s MA35, the city department that deals with immigration, is known for delays and unfriendly service and has received much criticism.

A lot of it, the department says, has to do with the sheer amount of work they face, as Austria’s most international city, where a third of residents are foreigners. Graz doesn’t have that “problem”.

Being a city of internationals, home of several organisations from the United Nations to the Austrian chapter of Amnesty International, English is not uncommon to hear. Many expats live years (or their entire stay in Austria) without learning German.

Of course, it is always easier to get integrated and feel at home when speaking the local language. Still, in Vienna, you can easily find doctors, schools, courses, jobs, and friends who speak English or almost any other language that you might feel more comfortable speaking than Deutsch.

This is not quite the same in Graz.

“Vienna, as the capital of Austria and the most internationalised city in Austria, makes it easy to live with English speaking only. Graz is close to this level, but outside the bigger cities, it might become more difficult.”, Epping says.

Rachel, who has a blog dedicated to the Styrian city, points out that due to its university ties, it is very common to see young people in particular speaking English.  Though she mentioned that “finding a job can be harder here though without German, Vienna is probably easier. But in areas like the IT industry it’s easier, and more multilingual speaking companies are moving here.”

The multicultural aspect of Vienna can help those who don’t speak German well but also has other advantages; Valéria points out: “I feel more welcome in Vienna, more at home. Graz is very Austrian, and it’s a great place to really get in touch with the local culture. Still, it is also nice to have some contact with other cultures, including my own”. 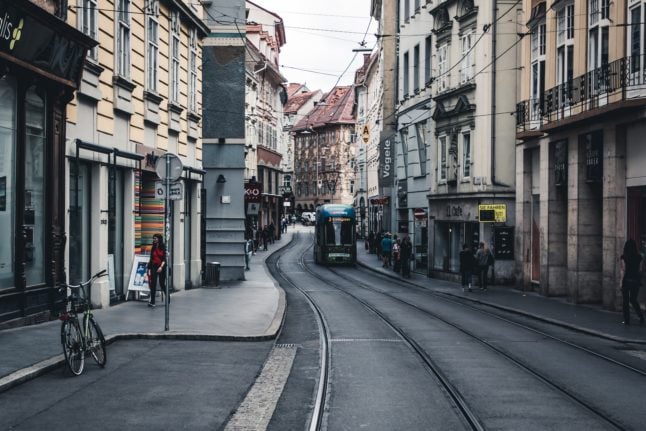 Graz is a smaller city, but with plenty to offer. (Photo by Quaritsch Photography on Unsplash)

This is tricky. At first glance, it might seem just easier to make friends in Vienna, a larger city with a multicultural population.

However, expats, by definition, are a fleeting group of people, and it’s common for Viennese residents to live in the city for a few years before moving away to their next assignment. At the same time, making friends with locals can seem like a daunting task, and Austrians sometimes seem like they are closest to their childhood friends and are not open to new friendships.

READ ALSO: 13 ways to make your life in Austria easier without really trying

Both Valeria and Natalia speak fondly of the friends they made in Graz. And both share that most of their friends in Graz are Austrians, while the majority of the Viennese friends are foreigners.

Rachel highlights that she believes people in Graz, however, are friendlier than Viennese and that the city is welcoming to migrants. “There are also several organisations, for example international women’s association, that have frequent social events. There’s a wonderful international cultural center, regular bar get togethers or the Frauenservice which offers free German conversation groups and intercultural breakfasts once a month. Plus some great on-line communities”.

Experiences vary, of course, but in general, living in a city that offers the lifestyle you enjoy will also make it easier for you to find people with whom you have things in common.

READ ALSO: Tips for how to make friends in Austria from those who have done it

And as for family, it depends where they are. For most immigrants, Vienna is by far the best when it comes to train, bus and airport connections. But if you have family, say, in Venice or Ljubljana, Graz is certainly closer to home.