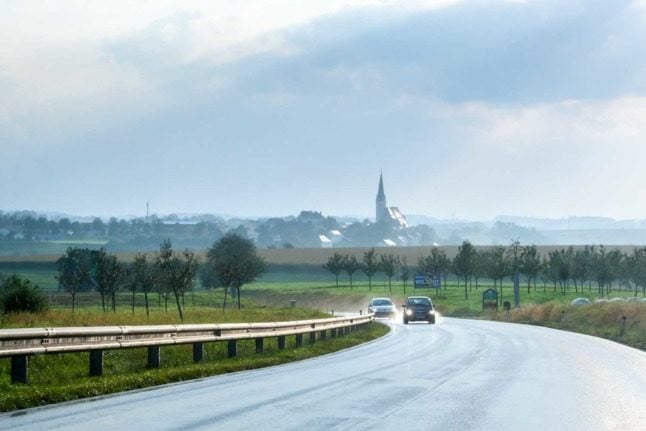 This weekend is to be a busy one on Austrian roads with the F1 race in Spielberg and the start of the school summer holidays. Photo by Dimitry Anikin on Unsplash

We’ve all been there – stuck in traffic while trying to go on holiday, get to work or visit family.

It’s frustrating and time consuming, but there is a way to avoid it – or at least try to – by using the traffic calendar from the ÖAMTC.

The Austrian Automobile, Motorcycle and Touring Club (ÖAMTC) is a traffic club and non-profit association with the aim to support and represent drivers and cyclists in Austria.

The club was established in 1946 and was a founding member of ARC Europe, which offers members pan-European roadside assistance.

READ MORE: How to explore the Austrian mountains in the summer like a local

What is the traffic calendar?

The ÖAMTC traffic calendar (Staukalender, in German) is exactly how it sounds – it’s a calendar displaying important dates where travellers could be impacted by congestion on the roads.

The ÖAMTC then uses this information to create the calendar and traffic volume forecasts to help motorists better plan their trips.

How do I use the calendar?

The traffic calendar is very easy to use.

Simply click the link and then move through the calendar pages on a month-by-month basis.

The main events and planned construction projects are already in the calendar, so you can see where you might come across traffic on your journey and make any necessary changes to an itinerary.

You can also click on a specific date to be redirected to the ÖAMTC route planner for further details about traffic, parking spots and nearby petrol stations along a route.

Both the traffic calendar and the route planner are available on desktop or via the ÖAMTC app.

Key dates in the traffic calendar for 2022

Here are some key dates from the traffic calendar for summer 2022 and into the autumn.

This Christian holiday falls two weeks later than usual in 2022 and the ÖAMTC is expecting high levels of traffic on roads between Austria, Italy and the Baltic Peninsula – both before the weekend and on Monday June 6th as people return home.

Barbara Kner from the ÖAMTC said: “Experience has shown that a later Whit Sunday increases the volume of traffic in the direction of the Adriatic.”

In 2022, the beginning of the school summer holidays will be staggered over the first two weekends in July, with regions in the east of Austria starting on July 2nd and the west on July 9th.

The ÖAMTC warns that the second weekend in July typically sees higher levels of traffic on roads in Austria, followed by the start of the Bavarian travel season on August 1st.

The last northbound wave of returning holidaymakers is expected on the main transit routes across Austria during the second weekend in September.

READ MORE: Which countries in Europe have the strictest drink driving limits?

Every year, major construction works are planned during the summer months and 2022 is no different.

This year, construction work is due to take place on the Ofenauer and Hiefler tunnels on the A10 in the province of Salzburg from September.

Construction work on a chain of tunnels in Werfen (Zetzenberg, Helbersberg, Brentenberg) will also take place at the same time. The projects are scheduled to run until 2025 with breaks for summer traffic.

As a result, motorists should expect to hit traffic before entering the tunnels while work is ongoing.

The Nova Rock Festival takes place from June 9th to 12th near Nickelsdorf in Burgenland.

Electric Love takes place at the Salzburgring just outside of Salzburg from July 7th to 9th.

Frequency Festival is on from August 18th to 20th in St. Pölten in Lower Austria.

All three festivals are expected to create high levels of traffic, both on the way to the venue and afterwards.

As a precautionary measure, the ÖAMTC breakdown service will set up its own base at the site of these festivals or within the local area to provide assistance to motorists.

Other important events include the F1 GP race at the Red Bull Ring in Spielberg, Styria, on July 10th, followed by the MotoGP on August 21st. This means delays are likely on the Murtal Expressway (S36) during both events.

Likewise, the F1 GP race in Hungary on July 31st is expected to cause traffic jams at the Austrian/Hungarian border in Nickelsdorf on the A4.

From 2nd to 3rd September, Airpower – the annual aircraft event with performances from the Red Bull Skydiving team and the Austrian Armed Forces – will take place in Zeltweg in Styria. Motorists could encounter traffic on the S36 during this time.

TRAVEL NEWS
Delays, cancellations: How Austria is being hit by the Lufthansa strike

Although both the EES and ETIAS schemes are still due to be introduced in the European Commission has pushed back the start dates for both until 2023.

It comes amid a chaotic summer for travel in Europe, with airports struggling with staff shortages and strikes while some crossings from the UK to France have been hit by long delays as extra post-Brexit checks are performed during the peak holiday season.

The EES – Entry and Exit System – is essentially enhanced passport scanning at the EU’s borders and means passports will not only be checked for ID and security, but also for entry and exit dates, in effect tightening up enforcement of the ’90 day rule’ that limits the amount of time non-EU citizens can spend in the Bloc without having a visa.

It will not affect non-EU citizens who live in an EU country with a residency permit or visa.

There have been concerns that the longer checks will make transiting the EU’s external borders slower, a particular problem at the UK port of Dover, where the infrastructure is already struggling to cope with enhanced post-Brexit checks of people travelling to France.

You can read a full explanation of EES, what it is and who is affects HERE.

The ETIAS system will apply to all non-EU visitors to an EU country – eg tourists, second-home owners, those making family visits and people doing short-term work.

It will involve visitors registering in advance for a visa and paying a €7 fee. The visa will be valid for three years and can be used for multiple trips – essentially the system is very similar to the ESTA visa required for visitors to the USA.

Residents of an EU country who have a residency card or visa will not need one.

You can read the full details on ETIAS, how it works and who it affects HERE.

Both systems will apply only to people who do not have citizenship of an EU country – for example Brits, Americans, Australians and Canadians – and will be used only at external EU/Schengen borders, so it won’t be required when travelling between France and Germany, for example. 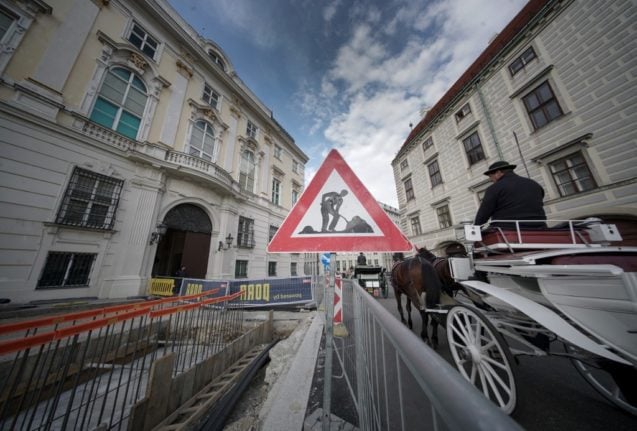 VIENNA
Summer traffic chaos: Construction work to be aware of in Vienna
Url copied to clipboard!