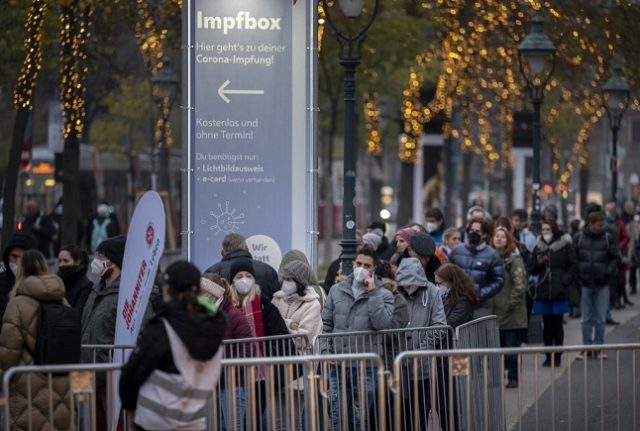 The lockdown for the unvaccinated is the most severe step in Austria’s current five-step plan for Covid restrictions — and the last two levels were only added last month.

But it was brought in before Austria reached the stated threshold of 600 Covid-19 patients in ICUs, in response to appeals and warnings from the healthcare sector.

If this step is not successful in reducing the spread of the virus, the government’s options fall into roughly three categories: further restrictions (which will likely need to include the vaccinated), non-coercive measures to reduce contacts and break transmission chains (such as increasing testing or encouraging home-working), or measures to improve the vaccination rate.

READ ALSO: How do Austrians feel about the new rules for unvaccinated?

No-one wants this measure, and it would require a U-turn from a government which has pledged any future lockdowns would not affect Austria’s vaccinated residents. But one possibility is a general lockdown, either focused on the highest incidence regions (currently Salzburg and Upper Austria) or the whole country.

“If we don’t show solidarity now, then when?” asked Rainer Thell, who runs the emergency department at Vienna’s Donaustadt Clinic, in an interview with public broadcaster ORF. “Anyone who believes that only Salzburg and Upper Austria are badly affected are wrong. All regional, partial or pseudo lockdowns will only prolong the problem.”

The Green Party in Salzburg has also called for a lockdown in the region.

And even in Vienna, with the country’s lowest incidence rate, mayor Michael Ludwig said on Wednesday afternoon that he “could not rule out” another lockdown. “I don’t want [Vienna] to end up in the same situation as other regions,” he told reporters when asked about a possible lockdown.

Another scenario is that Austria will stop short of a general lockdown but instead bring in evening curfews.

This would mean that pubs, bars and nightclubs would have to close, and people would be subject to restrictions in the evening regardless of their vaccination status.

Health Minister Wolfgang Mückstein has said that a 10pm curfew is one of the possible measures, though Chancellor Alexander Schallenberg denied the measure was on the table.

It’s been advocated for by Katharina Reich, a senior official in the Ministry of Health, who told national broadcaster ORF: “It is not a pandemic of the unvaccinated, but we have reached a stage where it affects us all.” She said that “minor restrictions” on the unvaccinated were likely necessary, but added that “politically it is not easy”.

This measure has been introduced in the Netherlands with 8pm closing times — but not without controversy there, with multiple businesses in the town of Breda refusing to adhere to the new restrictions.

For most of the pandemic, Vienna has introduced stricter measures than those in place at the national level, so it’s always a good place to look for signs of what’s coming.

The capital will introduce 2G+ for ‘night gastronomy’ (pubs, bars and clubs but also some late-night dining venues) and events, which means guests will need proof of vaccination or recovery as well as a recent negative PCR test. Although vaccination offers protection against catching and falling seriously ill from the virus, it does not remove the risk entirely, so this step would help reduce the risk of asymptomatic people driving the spread in high-risk environments.

This measure has been suggested by a group of prominent Austrian scientists who put forward an open statement titled “back to normality”.

READ ALSO: What counts as proof of 2G in Austria?

More PCR testing at school and at work

The same group of scientists, including virologists from universities across the country, called for unvaccinated people to be required to provide negative PCR tests in workplaces under the 3G rule, as these are more reliable than antigen tests which are currently also allowed. One obstacle to this would be the delays in analysis and issuing results that several regions have experienced in recent weeks.

The group also called for more PCR testing in schools to break chains of transmission here.

As well as introducing restrictions to certain parts of society, another way to reduce the spread of a disease is to encourage other behavioural changes to reduce contacts. The most recent data shows that the reproduction rate of the virus is about 1.2 to 1.4, meaning that on average every infected person infects 1.2 to 1.4 others. In order for the incidence rate to fall, this figure needs to be below 1, meaning that everyone should reduce their overall contacts by about 30 percent.

One way the government could do this is to encourage or request employers to facilitate more home-working.

The region of Burgenland has declared its vaccine lottery, offering entry to a non-cash prize draw to residents who got the jab, a success, and Upper Austria launched its own version of the scheme to combat its own low vaccine take-up.

The rector of the Medical University of Graz, Hellmut Samonigg, has suggested going a step further and offering €1,000 to every person who gets vaccinated, but this option seems unlikely.

The government has confirmed it is looking into the legal basis for mandatory vaccinations.

Health Minister Wolfgang Mückstein has already announced that he wants to make vaccination against Covid-19 mandatory for workers in the health and care sectors, a measure that has also been announced in Belgium and in the UK for home-care workers. On Wednesday, the Justice Minister confirmed this was being legally assessed in Austria, but exactly how it will be implemented is not yet clear.

Meanwhile, Belgium’s deputy prime minister has even said that it would be fairer to make the jab mandatory for everyone rather than some professions only — and said this would be “more honest” than a partial lockdown as in Austria, according to the Brussels Times.

One way to bring up the vaccination rate, which would help to limit the spread of the virus, is to beyond both ‘carrot’ and ‘stick’ and ensure that authorities are communicating effectively. The ‘Back to normality’ paper also addresses the issue of communications, appealing to politicians with the message: “Public communication must be consistent, fact-based, honest and transparent. The goal of controlling the pandemic in the interest of society as a whole must take precedence over (political) particular interests.”

Doctors and councils could focus on listening and talking to those who are refusing the vaccine because they have been influenced by disinformation, for example fears that the vaccines have not been tested sufficiently (all the vaccines approved for use in the EMA have gone through extensive trials and there is extensive data to show they are safe).

In Salzburg, one muncipality with a vaccination rate well above the national average is Lend, and Salzburger Nachrichten spoke to doctor Werner Landmann, who explained that he had put a lot of time into speaking to undecided people about how vaccines work and answering their questions.

Vorarlberg on Wednesday announced plans to send letters to everyone in the region who was not yet vaccinated, offering them a specific vaccine appointment.

Step up vaccination for third doses and children

While there are several measures being discussed to reach the group who are as yet completely unvaccinated, some regions are also focusing on ensuring that people who received their first two doses also get their third. This is important because we know that the protective effect of the vaccines reduces over time (this is normal and happens with many vaccinations).

READ ALSO: How does Austria’s booster jab campaign compare to other countries?

Salzburg has followed Vienna in making booster doses possible from four months after the second dose.

And Vienna rolled out vaccination of under-12s this week even before the expected approval from the EMA, which is likely to come next week. Lower Austria is already letting parents of children aged 5 to 11 book their appointments, and Tyrol is also preparing for vaccination of children in this age group. 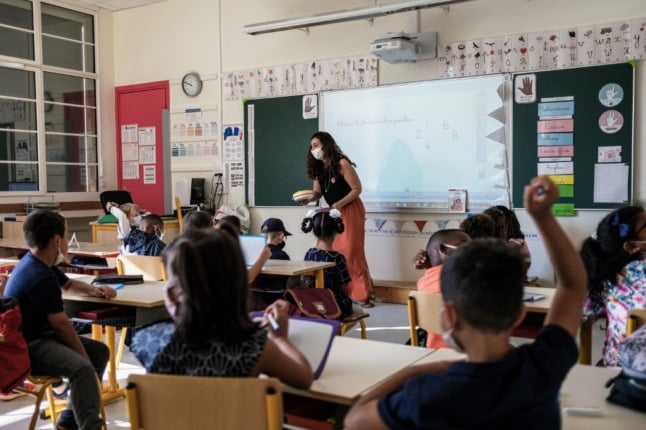