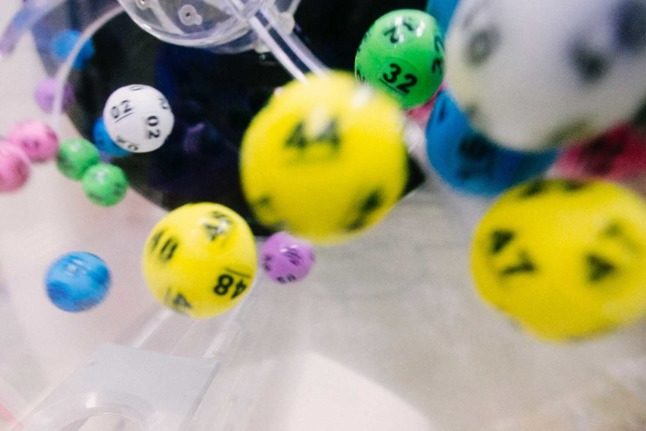 Colourful lottery balls fall out of a bucket. There are several vaccination lotteries on offer in Austria. Photo by dylan nolte on Unsplash

After a lottery was successfully implemented in the state of Burgenland in September, a nationwide vaccination sweepstakes was implemented by newspaper Österreich and its OE24 online portal.

But how do these lotteries work and how can people sign up?

What exactly is Austria’s vaccination lottery?

The inspiration for the vaccination lottery comes from abroad, where several US states have offered lottery tickets to encourage people to get vaccinated.

Similar ideas have since been implemented across the globe, with a vaccination lottery in neighbouring Switzerland also a success.

The first vaccination lottery was put in place in the state of Burgenland. Launched in mid-September, the lottery runs until at least the 11th of November.

UPDATED: How to register for the Covid-19 vaccine in your Austrian state

The Burgenland lottery seeks to boost that state’s vaccination rate above 80 percent and has a live ticker updating how close the state is to the goal.

State governor Hans Peter Doskozil said the ultimate goal is to remove all Covid restrictions in a manner similar to Denmark.

“Our common goal must be to further expand Burgenland’s pioneering role in vaccination and to raise the vaccination rate to over 80 percent.”

“In this way we create the basis for our state to get through the autumn safely, and we can also ensure that, following the example of Denmark, there are no longer any Covid-19-related restrictions for the population,” he said.

Also in September, Österreich and OE24 launched a nationwide vaccination lottery. Anyone vaccinated up until October 15th can enter.

The paper said in addition to the vaccination lottery, it would “remind the undecided of the benefits of vaccination” daily as part of the campaign.

What prizes are on offer?

From cash to cars, there are several different types of prizes on offer.

The centrepiece of the Burgenland lottery is three cars – including a Volkswagen Golf, a Mini Cooper and a Hyundai Ioniq – while concert tickets, holidays and all kinds of Apple and Samsung electronics are on offer.

The nationwide lottery also offers Apple electronics and a Volkswagen Golf, along with cash prizes.

Has it been successful?

Studies show vaccination lotteries can be successful, particularly in younger people or in people with a lower than average level of education.

While it can’t be put down to the lottery completely, Burgenland has the highest vaccination rate of anywhere in the country.

Almost 70 percent of Burgenlanders have been fully vaccinated, higher than the nationwide rate of 60 percent.

Still well before the halfway mark of the campaign, the lottery has blown past 60 percent of its eventual target.

The live update on the amount of people who have gotten vaccinated as a consequence of the Austrian vaccination lottery. Image: Burgenland State Government

I’ve already been vaccinated – can I still win something?

A major sticking point identified by researchers with vaccination incentives is that those who are already vaccinated may feel aggrieved – and may be less likely to do so in future (for instance with a booster shot) as a result.

Burgenland has however gotten wise to this, allowing anyone who has already had the vaccine to also register.

The Österreich/OE24 campaign also allows those who have been vaccinated earlier to enter, provided they got the jab before October 15th.

The Burgenland vaccination lottery is available for vaccinated and unvaccinated people here.