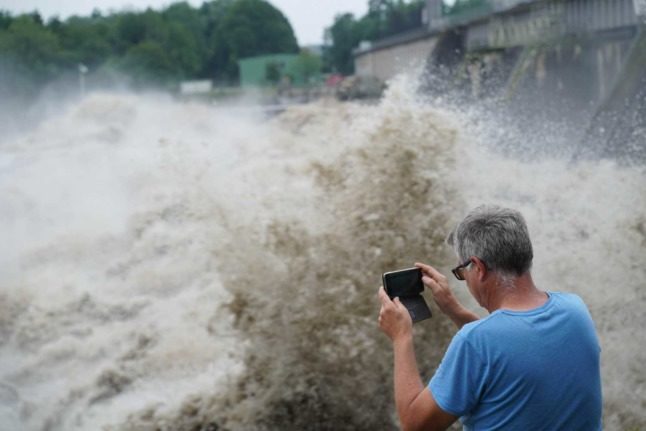 Vienna authorities have said they want to restrict sports and leisure facilities – along with bars and restaurants – to vaccinated people only by September.

Health chief Peter Hacker said the move makes sense and he has called upon the Austrian government to put in place the same rules federally.

On Tuesday however, Hacker indicated he would wait for the conclusions of a dialogue with Austrian federal authorities before finalising the move.

Currently, bars and restaurants – along with some leisure and sporting events – can be accessed by vaccinated people along with those who have recovered from the virus in the past six months and those who have tested negative.

As of Sunday, August 15th, rules for accessing nightclubs were tightened to include only those who have tested negative with a PCR test or those who have been vaccinated.

Negative antigen tests are also accepted, but only if the test was conducted in the previous 24 hour.

READ MORE: Will Vienna restrict sports, leisure and gastronomy facilities to the vaccinated?

Heavy showers, flooding and even hail swept across much of Austria on Monday night, continuing the summer of wild weather in Austria.

In Salzburg, a landslide engulfed a train, while 70 people were stuck in their cars between two mudslides on the road between St. Johann and Wagrain.

In Dienten im Pinzgau, a mudslide hit a bus injuring three people, one of them seriously.

In Upper Austria, more than 1,500 emergency services were called to more than 500 incidents throughout the night from Gmunden am Traunsee to Wolfern in the Steyr-Land region.

Streets were flooded, manhole covers blown off and cellars were completely inundated by the rain.

The following video, from Austria’s Kronen Zeitung newspaper, shows the extent of the damage.

In Tyrol, two fires were started due to lightning, while storm debris was found across the region on Tuesday morning.

Fortunately, the coming days will bring some respite for Austria, with dry weather predicted for much of the country on Tuesday and Wednesday.

This summer has been one of the more catastrophic in recent memory in Austria, with flooding seen in several regions across the country.

Austrian authorities have recently released the 2.0 edition of the green pass app.

The app shows vaccination, recovery or negative test status and can be used to enter places where the 3G rule applies.

There are several changes to the new app, one of which is that it is now available in English.

In addition to making life a little easier for foreigners living in Austria who have not yet managed to harness the nuances of the German language, the app will also be helpful for Austrians when travelling abroad.

Previously, the app was only available in German which made it difficult to show when in non-German speaking regions.

The new update also allows for greater accuracy in checking the validity of the person’s 3G status, although app developers reiterate that the change does not allow people to see personal information.

How do bars, event venues and airports check Austria’s green pass – and what info do they see?

Austria’s green pass system is one of the more stringent in Europe, with it required to access restaurants, bars, events and close contact services such as hairdressers.

The green pass has been downloaded more than 2.5 million times. Anyone looking to get the 2.0 version of the pass will not need to download it as it updates automatically.

As dramatic scenes of people trying to escape at Kabul Airport were broadcast across the world yesterday, the Mayor of Vienna Michael Ludwig called for Austria to accept asylum seekers from Afghanistan.

Ludwig took to Twitter to say he was “deeply shaken” by the footage and that Austria and the international community has a responsibility to help people at risk in Afghanistan.

He described Vienna as a human rights city and called for protection for Afghan people who worked closely with Austrian representatives as part of the activities by the European Commission in Kabul.

Ludwig added Vienna is “ready” to accept asylum seekers from Afghanistan in the city and called upon the federal government to do more.