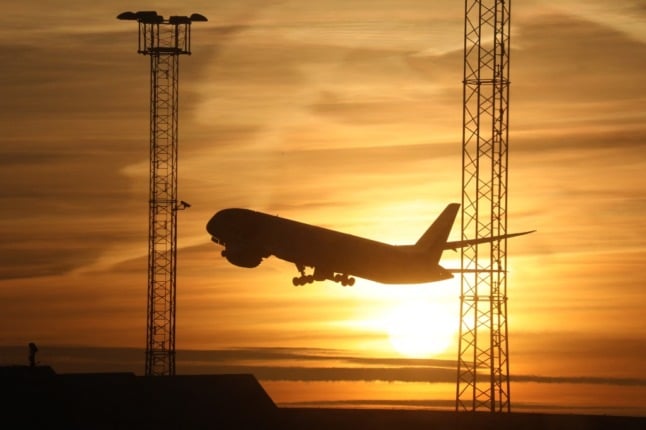 How to get cheaper flights home from Austria? (Photo by ludovic MARIN / AFP)

Many people live in Austria and have families (or at least some relatives) in other countries.

Most international residents are just a bus or train ride away from home, as most immigrants in Austria are from Germany, followed by Serbia and Turkey.

However, heading “home” for the holidays can be more difficult for many with ties a little further away. If you need to take a longer flight to the UK, or to North or South America or a long haul to India or Australia, you already expect high prices.

With inflation and rising energy costs, things have got even more expensive in general and flying is no exception. “I have to say this year was a very bad one. Everything was very expensive and inconvenient”, said Diana Platarrueda, who usually travels from Vienna to Colombia during the holidays.

Here are some tips to save money when flying home for the holidays.

When it comes to finding the cheapest flights, many people swear by comparison websites, which check fares from different companies.

“To find the cheapest flights, I use the search engines, mostly Skyscanner, but also Momondo and Booking. And then when I have a short list, I also check on the airline website”, Platarrueda said.

There are many others, including Google Flights, Kiwi, Hopper and e-dreams. One of the main advantages of these search engines is the ability to look for the cheapest flights within a time frame, which is what Lizi, from Brazil, uses the most: “Kiwi has a feature where you can add a time frame (a month, or a long weekend) as the dates instead of fixed dates, so if you have some flexibility on the dates, it’s a good option”.

She said: “I also take the information from these websites and go directly to the airlines’ websites. Sometimes there’s a small price difference or more options in the same price range.”

Searching for flights online takes time and patience, but it’s well worth it. (Photo: Getty Images)

When booking online, there are other things to remember.

For example, airline and price comparison sites can install cookies on your browser. The myth goes that by tracking your previously searched for flights or even your location, they will then increase prices on your subsequent searches. It hasn’t been proven, but frequent flyers recommend tricks to avoid this alleged markup.

Another popular tip is to book on Tuesdays due to the (also not proven, but won’t hurt to try) belief that airlines usually start promotions on Monday evenings.

READ ALSO: New routes and prices: How train services in Austria will change from December

Vienna is almost in the middle of Europe and has excellent connections to most of the world. However, Vienna International Airport is not considered one of the largest airports in the continent and looking for flights to your final destination from other European capitals could be better.

In some cases, it may even be necessary: there are no direct flights from Vienna to any city in Brazil, for example.

With that in mind, many people look for trains, buses or even low-cost flights to other major hubs and then hop on a long-haul flight.

“Sometimes it’s cheaper to fly or take the train to a more frequented hub (Frankfurt, London Healthrow, Paris Charles de Gaulle and Munich), or one where there are likely more connections (the Madrid to Latin America example is a good one)”, said André.

READ ALSO: READER QUESTION: How long can I stay out of Austria and keep my residency rights?

He added: “One other possibility that worked for us a few times before (don’t know about now) is to do a one or two-day stop-over at a bigger hub, do some touristy stuff, then take the onward flight.”

Ajin Vincent also does something similar when travelling home: “For South Asia connections, you can book WizzAir to Abudhabi, which normally costs around €70 and then book a flight from Abudhabi or Dubai. It’s really cheap except for the fact that we need to check out and check in again with the luggage.”

For Latin America, Madrid and Lisbon are great hubs. For the US, Amsterdam and Paris also have good flights often. Those flying to Australia might also benefit from stopping first in Singapore. Additionally, it’s always worth it to check out Frankfurt, which is just a train ride from Vienna and is one of Europe’s busiest airports.

Flying to your country’s capital and then getting a local airline ticket to your home town is also a good option, according to frequent flyers: ” I book the intercontinental flight always to the capital, and then buy the flight to my city locally with the airlines there”, Platarrueda said.

Donna York, from the US, said: “There are direct flights to Washington DC on Austrian Airlines and most of the time, it’s better to book directly.”.

“I travel every December to Lima, Peru. I buy my ticket always in May/June departing from Madrid because from Vienna is too expensive”, said Betty Gonzalez. She also highlighted that she looks for cheaper flights early in the year and also uses miles to pay for her ticket.

She said: “I get miles by travelling, through my Amex credit card and sometimes buying them with discount.”

READ ALSO: What are your rights if flights are delayed or cancelled?

Daniela Coccorullo, who is from Argentina, is also a fan of using miles to travel: “There is a miles program that we started using, and flights are usually cheaper buying miles than paying with cash”.

In some cases, families opt for a ‘out of season’ celebration. Photo: Getty Images

Play around with the dates

This is a classic, but if you can be flexible with dates, your chances of getting a more affordable ticket increase exponentially. ” I found that between December 16th and January 12th(or so), prices skyrocket, so if possible, travel outside those dates and be as flexible as possible with the days of the week”, Diana said.

Even one day could make a significant difference. One reader, who asked to remain anonymous, said: “I’ve pulled my kids out of school a day before the break and saved hundreds on airfare.”

READ ALSO: IN NUMBERS: The Vienna districts where most foreigners live

Sometimes, being flexible about dates means celebrating a “late” or “early” Christmas with you family and changing other celebrations to fit into your budget.

Many immigrants spend some traditional dates in Austria and fly to their hometown during the low season or just a few days away from Christmas and New Year. 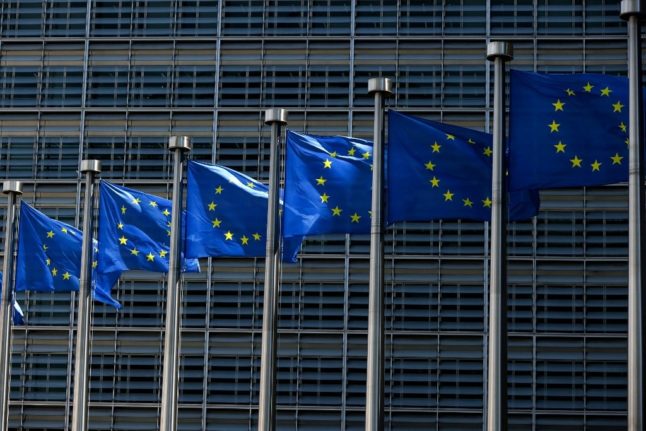