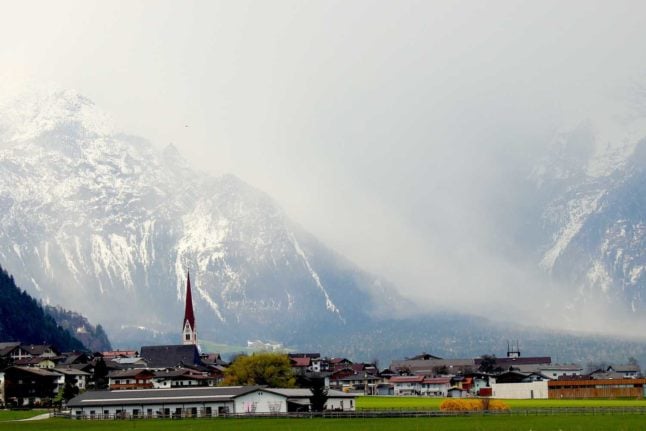 To many, Austria seems like one big village. Statistically, that’s not far from the truth: only one city in Austria, Vienna, has more than a million people.

Nearly half of all inhabitants (41.25%) live in rural areas. The majority of Austria’s corporate employers are located in major urban areas.

And with the ever-increasing availability of online work, plus the year-round demands of tourism, living and working in a Dorf – the German word for village – is entirely possible.

To some, better than city-life. Here’s what to expect about the quality of life in many rural Austrian villages.

Unfortunately, this is also true in the villages – if you find accommodation at all.

You’ll be more likely to find an apartment or room for rent in a tourist town. But, rent will be more expensive because most apartments are rented to seasonal workers.

As such, you’re more likely to find an apartment during the shoulder seasons.

The good news: 15km makes all the difference. The further from a ski resort or city, the more likely affordable housing is to be found.

READ MORE: Seven weird things about life in Austria you need to get used to

The Red Cross offers many services, like immunisations and coronavirus tests.

Appointments to both public hospitals and the Red Cross are usually available the same week and, often, the same day. Thanks to the prevalence of doctors and nurses from other European nations, most hospitals have English-speaking staff. 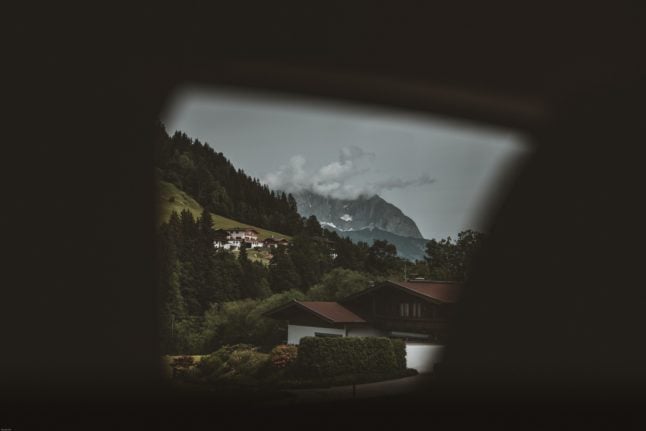 The picturesque town of Kitzbuhel, Austria. Photo by Stephan Seeber on Unsplash

It’s completely possible to live comfortably in most villages without having to leave. Even smaller hamlets have stores, insurance, and electronic support, especially if there’s hotels in the vicinity.

Many rural communities have a train station. While Austrian trains live up to their stereotype of being notoriously efficient, tickets booked shortly in advance can be expensive. Train schedules are limited in evenings, weekends, and during holidays.

Most towns are served by a bus route. But the frequency of service depends heavily on the location. Their schedules and destinations reflect tourists, not commuters.

In fact, buses are free in winter if you’re carrying skis/snowboards. Areas that serve ski resorts and mountain biking trails have the most robust bus routes.

Driving requires different considerations. Commuting during winter time is precarious. Roads often aren’t cleared until around 9AM and are covered with salt that corrodes the bottom and sides of cars.

Winter tires are required, meaning that twice annually one will have to pay for the replacement of tires (and to purchase two sets outright). Most regional roads are single lanes, so delays pile up quickly (like on a Sunday evening, when all the city slickers drive back to Vienna).

READ MORE: Why winter tyres could be more expensive in Austria this year

Eating and drinking in Austrian Villages

There is unparalleled access to fresh, organic, locally-produced foods in the Austrian countryside. Many farms have 24/7 stalls with self-service milk, eggs, jams, fruits, and veggies.

Towns host weekly Farmer’s Markets. Many villagers are small producers, whether from their backyard or the community garden, and are always willing to share the season’s fruits. Artisan bakeries sell huge loaves of delicious bread for under five euros.

While it’s true that international foods are difficult to find, there’s ample traditional Austrian food! Anyone willing to hike, drive, or bike up a snaking mountain turns is rewarded with delicious farmhouse fare from the Alms and Huttes.

READ MORE: Nine things you need to know when relocating to Vienna

Nightlife isn’t obvious, but it definitely exists. Most villages contain a bar, a dance club, and hotels with lounges and bars. But they also have another lesser-known ecosystem of party spaces.

Thanks to relatively lax alcohol regulations, any gym, sport facility, gas station, or corner shop can become a mini-bar. And they do! On any given weeknight the sauna at the local gym is full of loungers in various levels of dress, chilling with a beer and chatting for hours.

Being a “regular” at the corner Imbiss is totally normal, no kebab purchase required. Anywhere that sells beer likely has a table and few chairs outside the front door. Go there on your walk home from work, kick back with a cold one, and you’ll learn all the valuable information (and village gossip) you could possibly desire.

It’s at the seasonal, hyper-local events that ‘Dorf life’ really pops off. Like Almabtrieb in Spring, local Saints day in the Hauptplatz, and opening/ closing days at resorts.

Families and revellers alike look forward to these annual celebrations. They sit at huge wooden tables, munch on plates of farm-fresh foods, and watch cows crowned with flowers prance down from the hills to the tune of a yodeller playing an accordion. Now that’s where the party’s at!

To Dorf or not to Dorf?

Living in the Austrian countryside has obvious perks: fresh food, cheaper cost of living, access to the outdoors, cultural assimilation.

Still, there are unique challenges that affect quality of life. Those most suited for life in an Austrian town or village are people who love the outdoors, will trade more culinary and entertainment options for peace and quiet – and who may be willing to purchase a vehicle. Love Lederhosen? Then the Dorf is the Stadt for you!

READ MORE: The downsides of moving to the Austrian mountains

Dorf = a village or hamlet. Both Austrians and international residents are welcome to refer to a village of any size as such.

Rote Kreuz = Austria’s Red Cross organisation. Interestingly, young men in Austria can choose to serve in the Red Cross instead of the military.

These eager and sprightly young men seem more than happy to jump in and help at a moment’s notice.

Club: Be careful! Whereas “clubs” in England and the USA usually refer to live music dance/ DJ spaces, “clubs” in Austrian villages can refer to strip clubs and brothels.