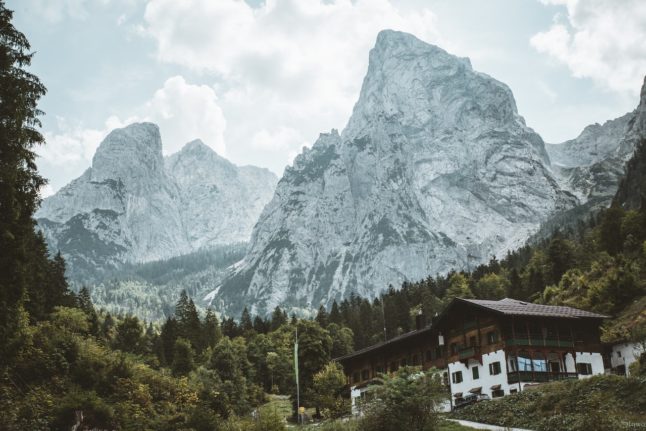 Living in the Austrian mountains is a dream come true, but not without some challenges. Photo by Stephen Seeber / Pexels.

Living in the Austrian mountains is a dream come true for many people – and with good reason.

The Alps are a natural playground of mountains, lakes and forests with lots of space and fresh air to enjoy.

The standard of living is incredibly high with a world-class healthcare system and a strong focus on work/life balance.

But life in the mountains is not without its challenges, such as long winters, difficulties with learning the local language and a slower pace of life.

If you’re considering moving to the Austrian mountains, here are a few downsides you should be aware of.

FOR MEMBERS: Six things to expect when you move to the Austrian mountains

If you move to the Alps after living in an expensive city like London or Paris, you might think living in the Alps is cheap, or at least comparable to other European locations.

But don’t be fooled – living in the Austrian mountains is not cheap. In fact, it’s really expensive.

While there are plenty of free outdoor activities to enjoy (hiking, running, cycling, cross country skiing), everything else seems to come with a premium price tag, from food to rent and petrol.

According to the comparison website Numbeo.com, local purchasing power in Innsbruck in Tyrol is 15 percent lower than in Vienna.

To break it down even further, groceries in Innsbruck are six percent higher than in the capital, restaurant prices are almost 19 percent more expensive and petrol prices are seven percent higher.

The result is a beautiful place to live but one that will certainly make your bank account work for it.

READ MORE: Cost of living: 45 ways to save money in Austria

You need to learn German – and dialect

Austria is officially classed as a German-speaking country, but the reality is most Austrians speak a dialect.

In the Alps, locals either speak a form of Alemannic, which originates from Switzerland, or a variation of the Austro-Bavarian dialect that is prominent in large parts of Austria.

Dialects then vary further between provinces and districts, sometimes to such an extent it can sound like a different language.

Essentially, Austrian dialect is a spoken language, not written. This means if you go into a restaurant, the menu will probably be in German. Or if you have to fill out an official form, it will be in German. But the people working in the restaurant or local government office will probably speak dialect.

This can cause confusion for people hoping to practice their German skills – especially when language schools in the Alps teach Hoch Deutsch (High German), which is rarely spoken by local people.

However, life is made a little easier for English speakers as many people in Austria have a high level of English-language skills – especially in bigger cities and tourist areas.

The solution for many international residents in the Austrian mountains is to speak a mixture of German and English (otherwise known as Denglish), with a few dialect words thrown in – depending on the area.

The job market is limited and salaries can be low

The Alps region of Austria is mostly made up of small towns and villages with a couple of bigger cities like Innsbruck and Salzburg. This means the job market is limited when compared to Vienna, Graz and Linz.

For many people that move to the mountains, this can result in making a career change or working on a freelance basis and working with companies remotely.

But for those that do choose to find a job locally, it’s worth nothing that many districts in the Alps have some of the lowest wages in Austria.

One of the reasons why salaries are lower in Tyrol is because only 47 percent of people in the province work full-time all year round. This is due to high levels of tourism and hospitality jobs with many hotels and tourism businesses shutting down temporarily between the winter and summer seasons.

This has an impact on people’s earning potential, which is something to consider when moving to the mountains.

FOR MEMBERS: Can I work for my foreign employer as a self-employed person in Austria?

Be prepared for lots of tourists in the winter

According to the Tyrolean government website, around five million people visit Tyrol each year and there are more than 340,000 beds available in hotels and holiday accommodation.

The only exception to the tourism boom was the winter of 2020/2021 when the industry shut down due to Covid-19 and the subsequent restrictions. For the first time in decades, locals enjoyed skiing and snowboarding on almost empty slopes and there was excited talk of a once-in-a-lifetime opportunity to experience the region without tourists.

In reality though, the Alps need tourists for local economies to thrive, and most businesses welcomed back winter tourists with open arms in late December 2021.

For local residents, it meant a frustrating return to traffic jams, full car parks and busy ski slopes, but it’s all part of the experience of living in the mountains.

The weather is extreme

It’s well known that the winter season in the Austrian mountains is long and cold with lots of snow. But many international residents end up being surprised at just how warm the summer months can be.

It’s not unusual for temperatures to reach the early 30s in the peak summer months of July and August, often followed by thunder storms in the early evening.

But in the recent years the weather has become quite extreme.

A prime example is from July 2021 when torrential rain flooded the city centre of Kufstein in Tyrol and the river Kothbach burst its banks in Salzburg causing damage across the city. And in March 2022, forest fires were reported in Tyrol after several weeks of dry conditions, despite thick snow still coating the mountains.

It’s also not uncommon for snow to fall on the mountains for a couple of days in August before the temperature rises again and it’s back to bikini weather.

The trick is to always keep a pair of sunglasses and a warm jacket close to hand, so that you can be ready for anything.

Moving to the Austrian mountains is still worth it

Despite a few drawbacks of living in the Austrian mountains, the lifestyle is still worth it.

Yes, residents spend a lot of money on rent and daily living essentials, but being able to access hiking trails, natural lakes and ski resorts without having to travel more than makes up for it.

Just be sure to do your homework before relocating, learn some German and don’t be afraid to connect with other internationals living in the mountains. They can help you to navigate the local culture and provide tips on the best places to live.