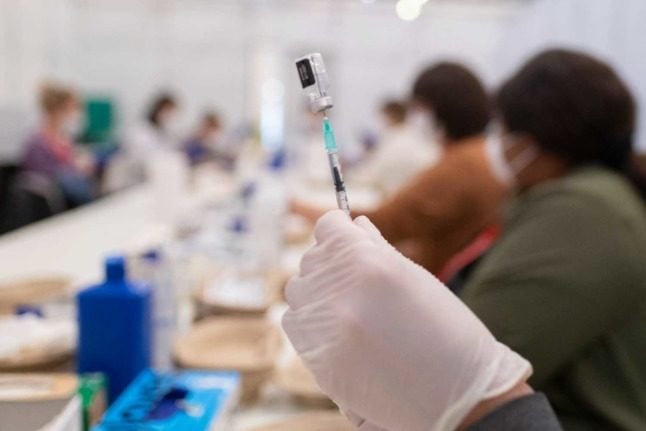 On Wednesday, the Federal Government announced that most Covid-19 restrictions will be relaxed next month in what has been dubbed Austria’s “spring awakening” by Chancellor Karl Nehammer.

From March 5th, nationwide 2G and 3G requirements (proof of vaccination, recovery or a negative test) to enter venues will be removed, as well as the removal of the current midnight curfew for restaurants and a reopening for night clubs.

Proof of vaccination, recovery or a negative test will then only be required in what the government called “particularly vulnerable settings” such as hospitals and nursing homes.

For travellers entering Austria, 3G rules will still apply but the 2G+ rule (two doses of the vaccination and either a booster or negative PCR test) will also be dropped from March 5th.

As of the same date, the current requirement to wear an FFP2 mask in all public indoor spaces will be relaxed, with mask-wearing only mandatory on public transport, in essential retail stores (which mainly refers to supermarkets and pharmacies), and in hospitals and nursing homes.

The only outlier is Vienna where the 2G rule will remain past March 5th and it is expected that if nightclubs reopen in the capital they will be subject to 2G+ rules.

But where does this leave the mandatory vaccination law (Impfpflicht) that is planned to be implemented from next month?

After the announcement on Wednesday, Health Minister Wolfgang Mückstein, from The Greens, spoke to ZIB2 about the relaxation of restrictions and said he “assumed” the vaccination mandate would still be implemented from March 15th.

Additionally, Mückstein said it is expected that the planned penalties for unvaccinated people will also be enforced from the same date.

READ ALSO: Could free Covid-19 tests be coming to an end in Austria?

However, he said it is likely that Austria’s testing strategy will change in the spring with the possibility of the end to free Covid-19 tests (apart from for symptomatic people and official tests), which has so far cost around €2.6 billion.

Mückstein said: ​​”I don’t think that we will differentiate between vaccinated and unvaccinated people in terms of test costs.”

The Federal Government has now asked the Committee of the National Covid Crisis Coordination (GECKO) to devise a new testing strategy for Austria, which is expected to be implemented in April.

In Austrian media, the announcement about the removal of 2G and 3G rules from early March for most settings has led to questions surrounding the future of the planned vaccination law.

The Kronen Zeitung reports that the Federal Government will make a final decision on the implementation of the law before mid March.

Earlier in February, politicians and virologists raised questions over the compulsory vaccination scheme, putting the controversial plan in jeopardy.

The governors of the Austrian states of Carinthia, Upper Austria and Salzburg are questioning whether the compulsory vaccination law should come into force in March, or whether other solutions should be pursued.

The governors expressed doubts due to the relatively stable numbers in the hospitals, which are a combined consequence of the current vaccination coverage as well as the lower potency of the Omicron variant.

Carinthia’s governor Peter Kaiser of the opposition Social Democrats (SPÖ) party said there should be a “constant review” to see if the law is still proportional.

Salzburg’s governor Wilfried Haslauer, who is in the governing Austrian People’s Party (ÖVP) party also called for an evaluation before the law comes into force on March 15th.

Thomas Stelzer (ÖVP), governor of Upper Austria, said he supported the idea of a vaccine mandate but questioned whether Austria should still go ahead with it.

Stelzer said he felt such a scheme was “useful, but whether it is really necessary… remains open and should be discussed.”