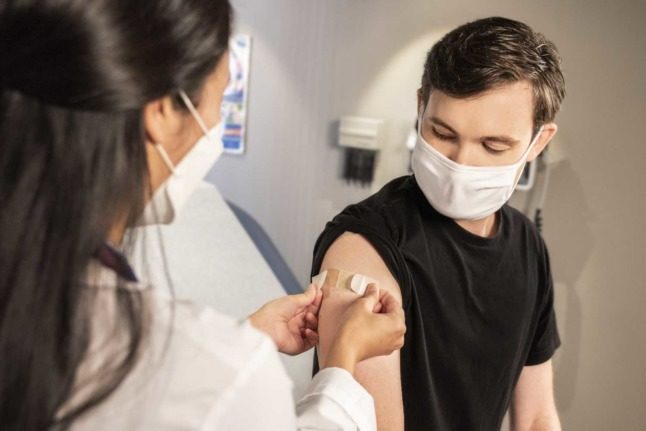 Austria's vaccination mandate has been approved. Photo by CDC on Unsplash

On Friday, February 4th, Austria’s mandatory vaccination law was given presidential approval, just hours after it was approved by parliament.

The law officially comes into force on February 5th, although unvaccinated Austrians will have until mid-March to get the jab.

What is Austria’s vaccine mandate?

Austria’s Covid vaccine mandate requires all adults to be fully vaccinated against the virus, including a booster jab.

Those aged 18 years and over must get the jab, although there are exceptions for pregnant women and those with a medical exemption.

People who have contracted the virus in the past 180 days and recovered are also exempt (until more than 180 days pass).

Why is it being introduced?

The short answer is to boost the country’s vaccination rate, while the big picture answer is that Austrian authorities want to bring the pandemic to an end.

In November, when the plan was announced, Chancellor Alexander Schallenberg said that while a lockdown would curb the current fourth wave and ease pressure on overwhelmed hospitals, a higher vaccination take-up rate was needed to limit the spread of Covid-19 “long-term”.

“Despite months of persuasion, discussions, and a range of efforts, we have not succeeded in getting enough people vaccinated,” said Schallenberg. “We have to look reality in the eye.”

How do people feel about the move?

While the decision has been controversial in Austria, it has won the broad support of all of Austria’s mainstream political parties, other than the far-right Austrian Freedom Party.

That said, the announcement of Impfpflicht (compulsory vaccination) has since resulted in protests across the country,

One protest in Vienna in December attracted almost 50,000 people.

How is it enforced?

Wanting to avoid the optics of police beating down people’s doors in order to give them a Covid vaccine, the government has expressly stated that the vaccine is compulsory rather than mandatory.

While that may seem like legalese, in effect it means that vaccinations will be strongly encouraged by people will not be directly forced to do so.

“The vaccination may not be enforced by exercising direct command and coercive power,” the law says expressly.

Instead, fines are levied for a failure to get vaccinated. This starts at 600 euro, but can rise to as much as 3,600 euros per year.

While the government indicated people will not be jailed for failing to get vaccinated, Austrian law does allow for people to be imprisoned due to debts. As a result, legal experts suggest that imprisonment may be possible in particularly egregious cases.

The big question surrounding the proposed Covid-19 vaccine mandate is whether it is actually legal in Austria.

Professor Karl Stöger from the University of Vienna told The Local it is possible for the Austrian Federal Government to pass the law in Parliament, as long as there is a majority vote of 50 percent in favour.

Then there is the issue of Article 8 on the European Convention of Human Rights that provides a right to respect for one’s “private and family life, his home and his correspondence”.

However, Stöger said a government can infringe on this law if there are compelling reasons to do so.

Stöger told The Local: “If you wish to enact such a measure it has to be proportionate and compulsory vaccination is a measure of last resort if other alternatives are not available or have been exhausted.

“Our health system is over-burdened and it probably won’t cease in a few weeks, but vaccination is the instrument to stop this.

“This makes it proportionate because the negative side effects of the pandemic – economic and social – are devastating. Vaccination is efficient and effective; this is what the medical experts tell us.”

The history of mandatory vaccinations in Austria

The Covid-19 jab is not the first vaccination to be made mandatory in Austria. In fact, the smallpox vaccine was compulsory for everyone in the Alpine Republic until 1980.

Also, since 2017, Vienna Health Association staff have been required to be vaccinated for certain infectious diseases, including diphtheria, measles, tetanus, mumps, rubella and hepatitis B. Covid-19 was placed on the list on May 27th.

There is currently a 3G rule in the workplace, which means employees have to show proof of a negative Covid-19 PCR test, vaccination or recovery from the virus.

Both employers and employees have a responsibility to adhere to the law with penalties of up to €500 for employees and up to €3,600 for employers if workplaces are found to be breaking the law.