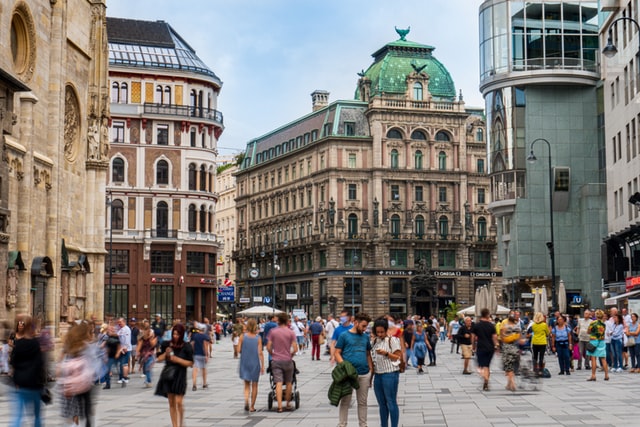 This means the removal of 2G and 3G requirements (proof of vaccination, recovery or a negative test) to enter venues, as well as the re-opening of night clubs, and the removal of the current midnight curfew for restaurants. All of these steps will be taken on March 5th.

Proof of vaccination, recovery or a negative test will only be required in what the government called “particularly vulnerable settings” such as hospitals and nursing homes. These proofs are also still required for travel into Austria, but for entry into the country 3G will apply rather than the current 2G+ rule, though any countries classed as virus variant countries will have stricter requirements (at the moment there are no countries on that list).

As of the same date, the current requirement to wear an FFP2 mask in all public indoor spaces will also be relaxed, with mask-wearing only mandatory on public transport, in essential retail stores (which mainly refers to supermarkets and pharmacies), and in hospitals and nursing homes. Essentially, the FFP2 mask requirement is set to cover only those indoor areas where people can’t opt out of being present.

The re-opening plan was announced by the government following a summit with scientific experts and regional governors on Wednesday, with Chancellor Karl Nehammer dubbing the relaxations a “spring awakening”.

Some changes will take place before March 5th.

As the government had previously announced, from February 19th all remaining areas with a 2G requirement will switch to 3G, making negative tests an alternative to vaccination or recovery. This affects restaurants, events, cable cars, hairdressers and beauty salons.

The rules set by the government are the minimum legal level of restrictions, which means regional leaders can choose to implement stricter rules in their area. In the past, several have done so, in particular Vienna.

The capital region had already said it would retain a 2G rule for restaurants even after February 19th, and on Wednesday mayor Michael Ludwig confirmed that the gastronomy sector would keep 2G. He said that if night clubs open on March 5th, they are likely to require 2G or 2G+ rules in Vienna.

One area where the government did not announce any change on Wednesday was the testing strategy, following reports that the possibility to take PCR and antigen tests for free might be removed. At the moment, the government is funding tests until at least the end of March, but it has also asked the Covid Crisis Commission to develop a new testing strategy for after this point, with a focus on symptomatic people.

Multilingual information on Covid-19 from the Health Ministry

Covid-19 information from the Austrian Tourist Board

Information on booking your Covid-19 vaccine from Austrian authorities

Information on booking a Covid-19 test from Austrian authorities

24-hour health advice hotline to call if you experience Covid-19 symptoms or have been in contact with someone who tested positive: call 1450 from Austrian phones or +43 1 1450 from foreign phones