Divorce in Austria: How the 'culpability principle' works and what you need to know about it

Austria is one of the countries where divorce can get extra messy as both parties may dispute in court whose "fault" it is when a marriage crumbles.

Nobody gets married thinking about the possibility of divorcing later on, but being prepared for this is still crucial to both parties - especially if the divorce will take place in a foreign country with different laws.

In the majority of cases, if the "habitual residence" of the couple is in Austria, the divorce proceedings and laws will also be here. So that means that even if you are not an Austrian citizen, if you reside in Austria and your social contacts, particularly in terms of family and work, are here, this is where your divorce proceedings will take place.

There are several types of divorce in Austria, including consensual and "disputed" divorce. A disputed divorce can be requested due to the fault of one of the partners, dissolution of the household or "for other reasons".

READ ALSO: Registered partnerships: What are the rules in Austria?

The simplest and quickest way to get divorced is by agreeing with your partner. You have to be separated for at least half a year (that doesn't mean you need to live separately, but living together as non-spouses) and consider the marriage irreconcilable.

"The concept of household (häusliche Gemeinschaft) should, however, not be taken too literally", explains the Vienna-based attorney Evert Vastenburg.

"If the parties still live together, but this “living together” has devolved into a pure Zweck-WG where there is very little left in the way of interaction or support, the household could also be qualified as no longer existent. But, of course, this too will depend heavily on the individual circumstances."

What if there is no consensual divorce?

If the couple can't agree on a divorce, they will move on to a "disputed divorce". If there is no guilty behaviour, the party that seeks divorce can sue for it if the "domestic community" has been dissolved for three years (even if they still live together) and it cannot be expected that the marriage will be restored.

READ ALSO: How to become an Austrian citizen through marriage

Things can get extremely ugly in Austria if the divorce is filed on the culpability principle (Verschuldensscheidung), meaning that one partner blames the other for the end of the marriage.

For this divorce to be granted, the party needs to prove that the other has committed an act constituting a ground for divorce (a schwere Eheverfehlung), which has led to an irreparable breakdown of the marriage, Vastenburg explains.

What constitutes a "fault"?

The Austrian law only explicitly mentions two grounds for divorce, adultery and domestic abuse. Still, case law has developed an extensive list of reasons why someone would be granted divorce by blame.

Some examples of violations include mistreatment, prolonged silent treatments, excluding the partner from the bedroom, leaving the household, immoral behaviour, not fulfilling parenting or financial obligations, extreme jealousy, groundless refusal of sexual intercourse, and breaking trust by, for example, checking the other person's phone and more. 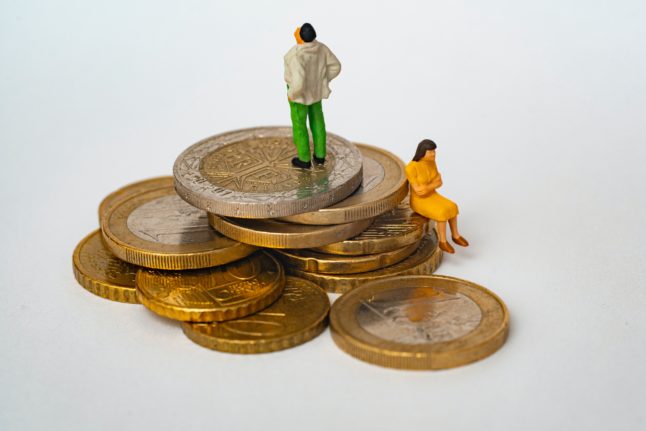 One case went all the way up to the Austrian Supreme Court, which had to decide whether a very close friendship between a husband and a female work colleague could be grounds for divorce.

In that particular case, the first and second instances ruled in favour of the wife, saying that the friendship generated the appearance of an extramarital affair. The Supreme court disagreed, but the situation could've been different if the wife had been able to prove the friends went on a holiday trip together or had been intimate. As it stood, the proof brought to court was not enough.

It goes to show how tricky things can get in Austrian courts, as husbands and wives try to prove each other's blame.

What difference does it make if you can prove blame?

"In principle, a party found culpable will not be entitled to maintenance". There are, however, exceptions for complex situations such as when there was a past stay-at-home arrangement, for example", Vastenburg says.

Still, each case is different, and courts will evaluate how much the person is to blame for the end of the marriage versus how much they'd need alimony.

It's worth noting, though, that a party's responsibility for the end of a marriage in itself does not have any effect on custody, according to Vastenburg.

"For custody and visitation issues, the child´s welfare (Kindeswohl) plays a central role.", he adds. These rights are only affected if one of the parents could be seen as a threat to the child. "An affair alone would, in principle, not affect this".

What should people be careful with?

According to expert attorneys, in case it looks like the divorce will head to a "culpability trial", it is essential that the other party does not react to the partner's violations with their own. So, for example, a wife who suspects her husband of cheating should not look for proof through illegal or immoral ways - this could be used against her.

Another possible issue is that a spouse suffering abuse could be sued and blamed for the divorce if they run away from their shared home.

READ ALSO: EXPLAINED: How to apply for a residency permit in Austria

"That is a possible scenario because abandoning the marital household on your own accord, i.e. against the will of your spouse, may constitute a ground for divorce", Vastenburg says.

"The law provides some assistance here by allowing people to file for provisional separate domicile (gesonderte Wohnsitznahme). With this procedure, a court can rule that the applicant is allowed to provisionally leave the household", the attorney adds.

Aside from not incurring violations yourself, it's worth remembering that fault-based divorces should be filed within six months upon a party's awareness of the ground of divorce. Additionally, if the party culpable can prove they were forgiven, the divorce is also not granted.

What advice would you give to someone considering getting a divorce based on the partner's fault?

"This will depend on the lawyer. My personal advice is always to at least attempt a divorce by mutual consent: it saves the parties both money and especially emotional distress. If this is not possible, a fault-based divorce could be filed".

It's crucial to get in touch with an attorney or even help services to get the best help and advice concerning your own situation.

In Austria, several associations advise and offer assistance to people, especially women in need. You can search for "Frauenhilfe" and your state to find the one closest to you.

For emergencies, there is a 24-hours Women's Emergency Helpline that offers free counselling in German, Bosnian/Croatian/Serbian, English, Farsi, Polish and Spanish: 01 71 71 9. They offer counselling by trained psychologists, social workers and lawyers.