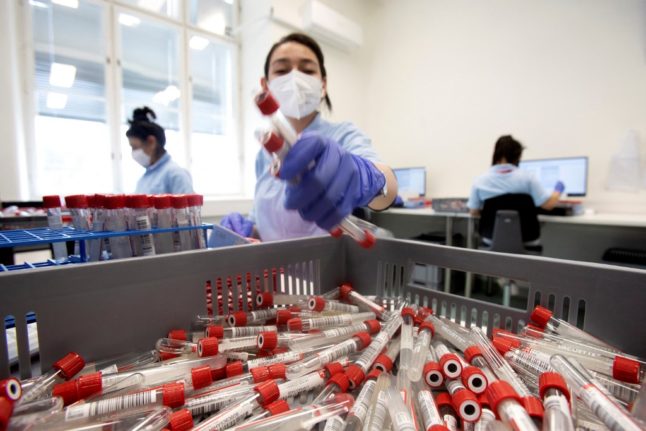 The minister presented a concept known as “living with Covid”, learning to deal with the pandemic without resorting to severe restrictions on daily lives. People would have to take personal responsibility to, for example, wear masks in crowds and when close to vulnerable people.

Still, he added that he would not rule out pandemic restrictions, such as mandatory masks if there is another increase in numbers – particularly of people in hospitals.

“I don’t see lockdowns or curfews for now”, Rauch said. He added that no new measures should be taken in the near future “because we do not see any dramatic change in hospitals”.

The minister added it was time to get into a mode to “live with the virus” instead of a crisis mode. In the past two years, Rauch stated, mental illnesses and suicide rates have increased, so “health shouldn’t be defined only as an absence of Covid”.

This Wednesday, June 22nd, Austria reported 10,898 new coronavirus infections in 24 hours, according to the Health Ministry. There were 653 people hospitalised with Covid-19 and 50 in intensive care units.

The increasing numbers are seen with no surprise by the government.

READ ALSO: Covid-19: Where are cases rising in Austria?

The Austrian Covid commission’s forecast had stated that the increase was part of a trend observed for the past two weeks and expected to continue.

At the same time, the number of people with valid vaccinations is dropping, as many fail to attend booster appointments. As a result, only 62.4 percent of the Austrian population has a valid green pass, according to the government. 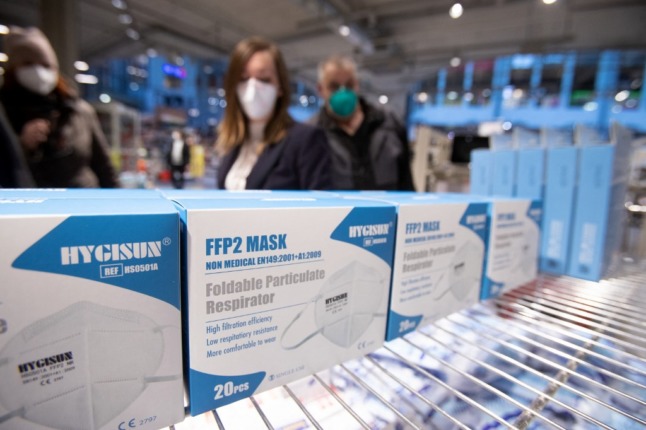 Customers wearing FFP2 protective face masks stand in front of a shelf with such masks in a supermarket in Vienna. (Photo by ALEX HALADA / AFP)

Why are the Covid-19 numbers rising?

Austria’s corona commission said that the omicron subvariant BA.4/BA.5 is a decisive factor in the increase, as it is considered more infectious – and is expected to become dominant in the coming week.

“Additionally, an increased proportion of travel-associated cases has been observed in recent weeks”, the commission said. It added that “an influence of recent major events cannot be ruled out either”, a likely reference to the war in Ukraine and a large influx of refugees from the country.

Dorothee von Laer, a Med-Uni Innsbruck virologist, mentioned other factors that likely contributed to the increasing numbers, including the fact that people have stopped wearing masks after the requirement was dropped in most of Austria.

She also cited that “recent rainy days” led to more people being indoors. “I believe there are many different factors that come together”.

Should I get a fourth Covid vaccination?

There is currently no consensus on when to get a fourth Covid shot, also known as a “second booster”. Austria’s National Vaccination Committee (NIG) has recommended a fourth dose of the Covid-19 vaccine, but only for those deemed at risk of serious illness.

The committee is considering lowering the recommended age to 65, even for people with no other health conditions. An official recommendation should be announced in the coming days, the Health Minister said.

Austria’s capital Vienna has long kept a pandemic restriction that other states have already dropped: the mandatory use of FFP2 masks in public transport and stations.

When tourists arrive in Vienna via the international airport, they often take the train or a bus to the city centre and face a strange ritual: at some point during their journey, people are asked to put on their masks – as soon as they cross the city lines, of course.

These rules are not about to change any time soon. Vienna City Health Councillor Peter Hacker (SPÖ) has confirmed to Austrian media that the mask mandate in trams, buses and metros will stay at least until January 15th. They must also be worn in public transport stations, pharmacies and all Vienna health and care institutions.

Additionally, people who test positive for coronavirus need to wear an FFP2 mask outside their homes in all enclosed spaces and on public transport at all times. If a minimum distance of 2 metres cannot be maintained outdoors or persons from outside the household are visiting, an FFP2 mask must also be worn here.

These rules are known as the “Verkehrsbeschränkung” in Austria and are also valid in other provinces.

Adults and children aged 14 and over must wear an FFP2 mask, but children between 6 and 14 years of age and pregnant women may wear mouth-nose protection instead of an FFP2 mask.

Flu pandemic is on its way

Austrian experts have said there would likely be an exceptionally high wave of the flu after hardly any cases were registered in the past two years, Der Standard reported.

The measures against Covid-19 prevented infections with Sars-CoV-2 and curbed the spread of influenza and other cold viruses.

According to the doctor, it would be desirable for 60 to 65 percent of the population to be vaccinated against Influenza, though. How many flu vaccinations have already been administered throughout Austria is still being determined.

Unlike the Covid-19 vaccination, the flu vaccination is not organised by the federal government but by the respective provinces, which file a report only after the flu season. A detailed list of the offers in the regions can be found on the Ministry of Social Affairs website.

COVID-19 VACCINES
Reader question: When should I get a fourth dose of the Covid-19 vaccine in Austria?
Url copied to clipboard!