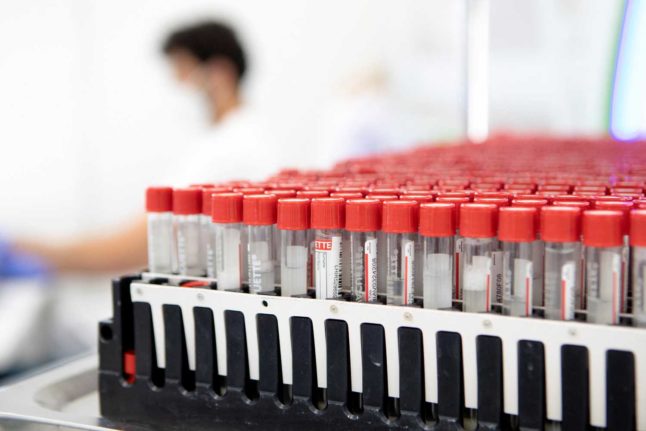 Austria is currently the sixth country with the highest hospitalisation rates, reporting 332 Covid-19 patients in hospitals per million people.

Information from Our World in Data puts Austria only behind Lithuania (646), Latvia (566), Slovakia (477), Estonia (473), and Bulgaria (460), though these countries have last updated their numbers on March 6th.

Neighbouring countries such as the Czech Republic, Switzerland, and Italy have fared much better, with hospitalisation rates of 207, 194, and 149, respectively.

This comes as the country lifted most Covid-19 restrictions almost two weeks ago.

Since March 5th, Austrians don’t need to show a Covid pass with proof of vaccination, recovery, or negative test in most establishments. The mask mandate has also mostly fallen throughout the country. Except for the capital Vienna, that is, where Mayor Michael Ludwig (SPÖ) has kept the 2G rule for gastronomy and general mask requirements for indoor areas.

As the country reached record Covid case numbers, many politicians in the federal government defended the reopening steps by mentioning that the wide-spread omicron variant was “milder” than its predecessors.

Responding to criticism, the Health Ministry said that not only the new number of cases should be considered, but also the proportion of symptomatic patients and the burden on hospitals.

More than 300,000 people were infected with the Covid-19 in the past week in Austria – giving the Alpine state one of the highest infection rates in Europe.

According to data from Johns Hopkins University and the Robert Koch Institute (RKI), only Iceland and Liechtenstein had a higher incidence of infections per 100,000 inhabitants in a comparison of 46 European countries.

However, some European countries have low rates of testing in comparison to Austria, broadcaster ORF noted.

Yesterday, however, the federal government announced residents in Austria will be entitled to five PCR and five antigen tests per month, in a departure from the unlimited free tests that are currently available.

Additionally, from March 21st, close contacts of a positive case will no longer have to quarantine completely and will be able to go to work or shopping while wearing a mask, but not to restaurants or events.