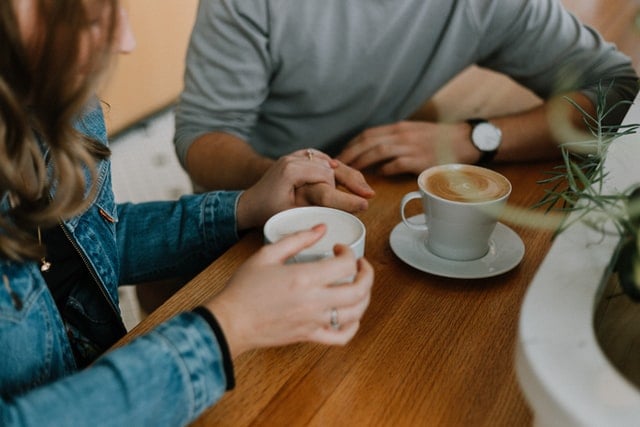 Follow these unwritten rules when drinking out in Austria and it should be appreciated by serving staff. Photo: Priscilla du Preez/Unsplash

Austria’s towns and cities have a great selection of bars and cafes to explore but it can be hard to know how to act as a newcomer to the country.

Here’s a guide to visiting a bar or a cafe like a local.

Don’t order at the bar

Ordering at the bar like in a British pub is usually not the done thing in Austria (unless at an English or Irish bar).

Cafes and bars like to offer table service so the correct etiquette is to take a seat (unless there is a sign asking you to wait to be seated) and wait for the waiter or waitress to come over.

In fact, wandering up to the bar when you should wait for table service is actually considered rude behaviour. Instead, embrace patience and wait to be served.

READ MORE: How to drink coffee like an Austrian

Tables that are reserved in a cafe or bar will usually have a sign saying “Reserviert” (reserved).

It’s wise to avoid these tables so that you don’t annoy the staff, but if it’s the only table left then the best approach is to ask what time it is reserved for.

In most cases, you will be able to sit at the table as long as you leave around 10 minutes before the booking.

Don’t be offended by grumpy or slow service

Austrian waiters and waitresses are renowned for being grumpy. There is even a special name for grumpiness in Vienna – the Wiener Grant – so don’t take it personally.

Similarly, waiting staff in Austria are not as hands-on as in other countries and prefer to leave their customers alone after ordering. So, if your waiter hasn’t arrived at your table for a while, simply raise your hand to get their attention.

Drinking Schnapps in Austria might sound like a cliche but venture into any bar at the weekend and you will see customers doing a Prost (cheers) before downing a Schnapps.

It’s also not uncommon to be offered Schnapps by a stranger or a loose acquaintance – even in a restaurant and especially at an après ski bar.

The polite thing to do is to say yes, followed by Prost.

FOR MEMBERS: Ten destinations by direct night train from Austria

If there is a pool table in a pub and people are playing on it, don’t assume you can jump in when they are finished. If there is money sitting on the table then other people are already waiting for their turn.

To reserve your spot in the queue, leave a €1 coin on the table and pay attention to who else could be waiting.

This is an almost universal rule for playing pool and is similar to countries like the UK, New Zealand and Canada. The only difference is the currency.

Pay your tab at the end

In many cafes and bars, the waiting staff or bartender will run a tab for your drinks and you will pay at the end, rather than paying as you go at the bar.

This also offers customers a chance to tip for the service they have received (see tipping section below).

German-speaking Europe remains keen on cash, unlike regions like Scandinavia, the Benelux countries, Ireland or the UK.

In fact, as recently as May 2021, prominent Austrian figures publicly pushed back against EU efforts to cap cash payments at €10,000. This is how much cash is still valued in the country.

For this reason, don’t expect to always be able to pay with a card in a bar or a cafe. And even if staff have a card machine, they might still be grumpy about using it.

If you must pay with a card, let your server know when you ask to pay the bill to save time. Waiting staff in Austria carry purses to allow customers to pay their bill with cash directly at the table, so paying with a card can be a source of annoyance for some.

In Austria, leaving a tip (known as Trinkgeld) is not as embedded in the culture like in the US and Canada, but it is still expected in pubs and cafes.

The unspoken rule is to tip around 10 percent of the bill, or simply round up if paying for just a coffee or glass or wine.

Or, you can say “Stimmt so” when paying the bill, which basically means “keep the change”.

Find out more about the tipping culture in Austria with an explainer by The Local.

LIVING IN AUSTRIA
EXPLAINED: Everything you need to know about retiring in Austria
Url copied to clipboard!