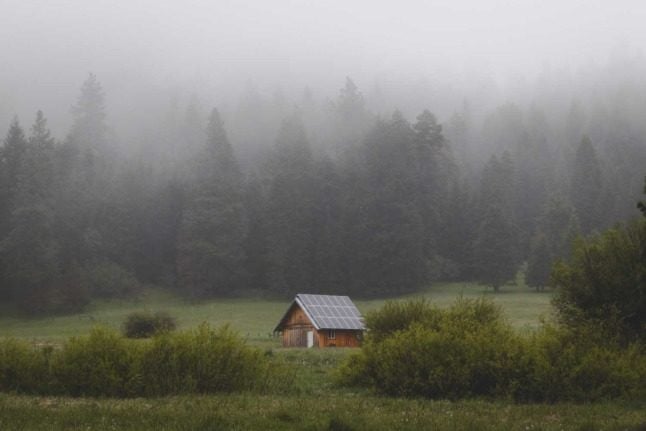 A cottage in the middle of a field with solar panels on the roof. How do you convert to solar in Austria? Photo by Alex Bierwagen on Unsplash

As countries around the world turn to renewable energy sources to protect the climate, the Austrian Federal Government has set its sights on solar energy.

Not only is the use of solar panels environmentally friendly, but it could also save households money on rising energy bills, which makes the switch to renewable energy an attractive option for many people.

But what exactly is solar energy? And what incentives are available from the Austrian Federal Government for installing photovoltaic panels on your home?

What is solar energy?

Solar energy is the conversion of sunlight into energy, primarily through the use of a photovoltaic (PV) system, which is then used to power thermal electricity, heating and cooling systems.

Globally, solar PV generation increased by 22 percent in 2019. This represented the second largest growth of an energy source behind wind power and ahead of hydropower.

The International Energy Agency (IEA) predicts that the United States, China and the European Union will add an extra capacity of 125 GW of solar energy per year between 2021 and 2025.

What is the attitude towards solar energy in Austria?

In July, the Austrian parliament voted in favour of the Renewable Expansion Law, which set a goal of switching to 100 percent renewable electricity production by 2030.

But for this to happen Austria has to invest in capacity expansion to create an additional 27 TWh of electricity generation.

According to Austria Solar, fossil fuels will be replaced by solar energy for heat production in the near future in Austria, with the potential for every second building in the country to be supplied with solar heat.

Currently, domestic solar heat production is around 100 GWh per year, but an IEA study says Austria could produce more than three times as much with investment into facilities.

FOR MEMBERS: Rising energy prices: How to save money on bills in Austria

To boost the number of solar panels, the City of Vienna last year introduced an amendment to planning laws that states all new residential buildings in the capital have to be built with photovoltaic panels. Previously, the rule only applied to industrial buildings.

In cases where it would be impractical to install solar panels on a building, contractors have to provide an alternative option for generating renewable energy instead.

In 2020, the Austrian Federal Government also announced it will equip one million homes with solar panels by 2030.

How to switch to solar power in Austria

There are a few different ways to switch to solar energy in Austria, depending on where you live.

For example, Wien Energie in Vienna runs a citizen solar power project which involves people investing in a solar power plant in return for carbon-free energy.

Investors then receive interest every year which can be used towards the electricity bill or paid out as supermarket vouchers.

The Wien Energie system is especially popular with residents that live in rented apartments in the city and don’t have the option to buy a PV system for their own home.

On a national level, a combination of state and municipal funding is available for people to install PV systems through the Climate and Energy Fund.

The fund provides one-off subsidies of between €150 and €250 per kWp for the installation of PV systems of up to 50 kW.

The investment aims to help more small and medium sized businesses, as well as individuals, switch to renewable energy.

There is also a one-time investment grant of €700 towards the installation of thermal solar systems for heating and hot water.

The application process for the subsidy starts by registering at the website and installing a PV system.

Approval of the grant will depend on the availability of the budget, which currently runs until 31 December 2022.

The Austrian Federal Government recently pledged to provide a further €20 million to the Climate and Energy Fund.

The argument for solar power generation in Austria

While recent announcements and financial incentives by the government to encourage the installation of PV systems have been widely welcomed by environmental campaigners, there are concerns it doesn’t go far enough.

Vera Immitzer, CEO for Photovoltaic Austria, told Power Technology that photovoltaic power will have to be increased by tenfold to provide the levels of electricity generation cited by the government.

Immitzer said larger systems could also be installed in parking lots and open spaces, as well as on residential roofs to increase overall power generation.

The concern is that renewable energy systems currently provide 1.4 terrawatt-hours (TWh) of power, which covers just 2.5 percent of the country’s energy demand.

The government plans to generate 11 TWh of electricity via solar energy by 2030.

How much energy do Austrian households use?

According to the latest figures from Statistik Austria, the most commonly used energy source in Austria is electricity at 24.3 per cent.

Natural gas is also the second most popular energy source nationwide for heating after fuel wood. This means a significant rise in gas prices will have an impact on household budgets this winter.

However, switching to solar panels to generate electricity could help consumers save some money on energy bills. 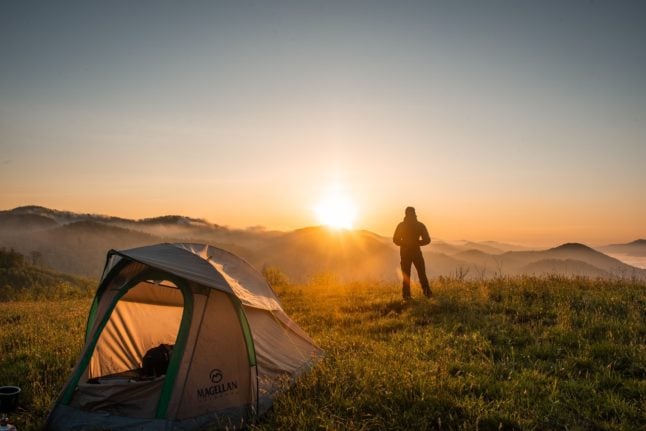 Waking up beside a lake or surrounded by mountains is a dream Austrian holiday for many, but it’s important to know the rules about camping before heading off with a tent or campervan.

As the summer season approaches, here’s everything you need to know about camping in Austria.

Is wild camping legal in Austria?

Wild camping – setting up camp outside of a designated campsite – is generally illegal in Austria. This applies to both camping in a tent or sleeping in a van on the side of the road.

Exceptions to this rule do exist but usually only if the municipal authority grants a temporary exception, for example for a school trip or a youth club activity.

A bivouac (temporary camp without cover) is allowed in the event of bad weather or injury, but planned wild camping in the mountains is illegal.

FOR MEMBERS: What are the rules for wild camping in Austria?

There are some regional differences though.

In the states of Salzburg, Vorarlberg and Styria there are no laws strictly forbidding camping outside of campsites, but local authorities can prohibit it and take action if necessary.

In most cases, if someone is caught camping illegally in Austria it is considered as an administrative offence and a fine can be issued, ranging from €5 to €500, depending on the location.

Camping in the forest

Camping above the tree line

In Vorarlberg this is also permitted, although the mayor of a municipality can prohibit the setting up of tents outside approved campsites if the interests of safety, health, agriculture or the protection of the natural balance as well as the landscape and townscape are “grossly violated”.

In Salzburg, camping above the tree line is in theory permitted, but the Alpine Association recommends groups wishing to camp should contact the nature conservation department of the responsible district administration before setting up.

Camping in a tent

Camping in a tent is the most common way of camping in the summer and most people pitch up on a dedicated campsite.

Many campgrounds have water and electricity facilities, as well as showers, cooking areas, recreation spaces and even kids clubs. Others have luxury elements like year-round heated pools, saunas, beach volleyball and restaurants.

Campsites are also often located near a lake or at the base of mountains, which means you can wake up to beautiful scenery every morning .

Camping in a van

Camping in a motorhome is only allowed at campsites in Austria and if someone is caught sleeping in a van in a prohibited area they can be fined.

The only exception is if a driver has to stop and recuperate before continuing driving.

Austria is packed with stunning natural landscapes, so camping during the summer months is a popular activity – both for Austrian residents and tourists.

For this reason, it’s recommended to book ahead during the peak summer holiday months of July and August, whether planning to camp in a motorhome or tent.

Camping in motorhomes is also becoming more popular at some winter campsites during the ski season, so it’s always a good idea to book in advance.

Additionally, it’s advised to take bug spray when camping in Austria in the summer as insects like mosquitoes and ticks are common in countryside areas.

In fact, tick-borne encephalitis (TBE) – a viral infection transmitted by the bite of infected ticks – is endemic in Austria and it’s recommended to get vaccinated before going on a hiking or camping trip in the country.

The main affected areas for TBE are Tyrol and Upper Austria.

READ MORE: EXPLAINED: What is Austria’s ‘tick vaccine’ and should you take it 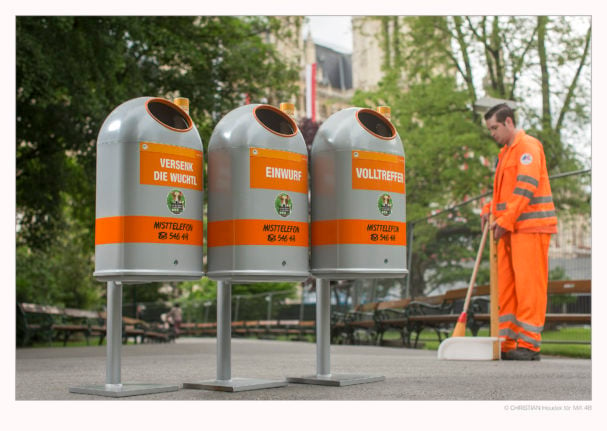 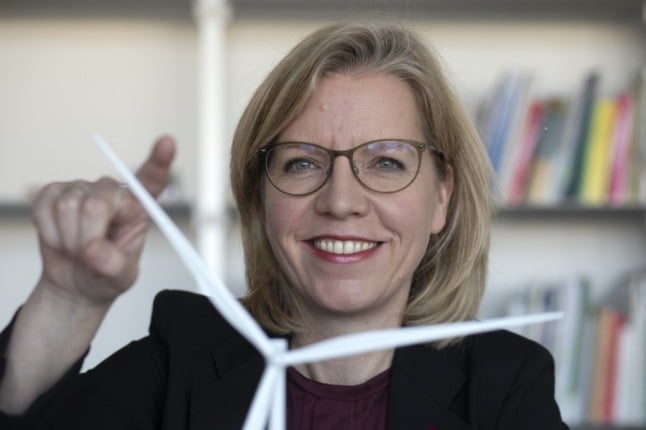 MONEY
EXPLAINED: Everything you need to know about Austria’s climate bonus payment
Url copied to clipboard!