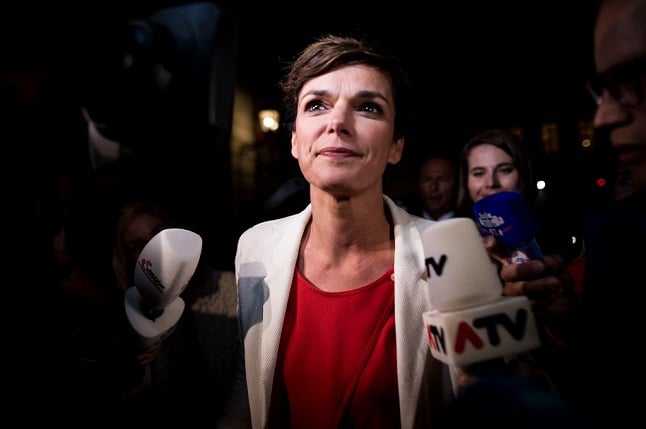 Pamela Rendi-Wagner, leader of the Social Democratic Party (SPOe) this weekend made clear her intent to run as chancellor candidate (Photo by VLADIMIR SIMICEK / AFP)

On Sunday, SPÖ party leader Pamela Rendi-Wagner gave a speech outlining her visions for Austria and stated unequivocally: “I am ready” to be the next chancellor, ORF reported.

But can Austrians vote for a chancellor directly? How is a new head of government chosen in the country?

Austria is a representative democracy, and leaders are elected indirectly by citizens. Unlike the United States, for example, where citizens vote directly for the person they want to be president, in Austria, the head of government is chosen by the parliament, which was composed after citizens voted for their preferred parties.

The only person who is elected ad personam is the President of Austria, who serves a primarily ceremonial role as head of State, something similar to the role of British royals, as a comparison.

The presidential election is set to take place in autumn 2022.

A “step by step election”

Austria is a parliamentary country, with two chambers representing the legislative power: the National Council, with 183 members, and the Federal Council, currently with 61 members. The first is directly elected by the people. It has essential control functions over the Federal Government and its individuals, including the chancellor.

The second represents Austrian states (Länder) and is indirectly elected. Its members are delegated by the provincial entities following the proportional distribution of political parties in each local region.

Elections to the National Council must occur every five years at the latest. All Austrian citizens who are at least 16 years old on election day are entitled to vote – foreigners cannot vote for the federal elections.

Voters will choose their candidates based on proportional representation, a closed list system, and preferential votes. In simple terms, they vote for their party of choice; the more votes a party gets, the more seats and power it will have in the National Council.

In order to be represented in the council, the parties need to pass a 4 percent threshold of votes, a measure aimed at curbing fringe parties and promoting more governability, making it easier to form coalitions and reach agreements.

Once the National Council is formed, the Federal President will entrust the top candidate of the strongest party with the formation of the government.

This is why it may seem that Austrians vote directly for a chancellor. The top candidate is known beforehand, sometimes years before the next elections.

If people want to see a particular politician as chancellor, they vote for the person’s party.

In the last elections, Sebastian Kurz (ÖVP) was an extremely popular politician. As citizens wanted to see him as chancellor, they voted for ÖVP, which became the strongest party in the National Council.

Kurz formed a coalition (first with the FPÖ and then with the Greens) to reach a majority in the council, and the Federal Government was formed with him as chancellor.

However, the people’s vote had always been with ÖVP, the party, not with Kurz, the man.

When Kurz resigned as chancellor, ÖVP retained power and, together with their junior partners in the coalition, chose a new chancellor for the country.

Party leaders can be extremely popular figures and take their parties to victory and a strong presence in parliament, eventually becoming chancellors. But the people voted for the parties, which is the core of how parliamentary republics work.

When are the next elections?

Federal elections for the National Council in Austria need to happen at least every five years. As the last elections took place in 2019, the next one will be held on or before 2024.

But why would they happen before?

Another characteristic of parliamentarism that citizens from presidential countries might not be as familiar with is how relatively easy it could be to change chancellors or the entire National Council.

While it takes a long and challenging process for an impeachment to happen in the United States, for example, and even so, it might be that a vice-president will take over instead of new elections being called, the “vote of confidence” can be called with relative ease for parliaments.

If the ruling party loses the support of a junior party and loses the majority in the council, a new election might be held.

This can happen at any point. For example, if the coalition is not strong, or polls show that opposition parties are growing in the voters’ preference, elections may be called before the due date.

A change of scenery

Austrian politics have been filled with scandals and controversial issues that changed the political landscape in the last few years.

In 2017, a young Sebastian Kurz rebranded the Austrian People’s Party (ÖVP), adopted an anti-migration speech that appealed to the right-wing and led his party to a significant win in national elections, forming a coalition with right-wing FPÖ.

Two years later, the major Ibiza-gate scandal brought down the government after FPÖ leader and vice-chancellor Heinz-Christian Strache was caught on a hidden camera making claims that pointed at possible corruption schemes.

The scandal brought an extensive corruption investigation in Austria, with consequences to this day. At the time, it also meant the end of the ÖVP-FPÖ government and new elections, which Kurz’s ÖVP won.

READ ALSO: ANALYSIS: How did Austrian politics get so chaotic?

In 2019, the coalition was between the ÖVP and the Greens. Still, that partnership has been on thin ice as it dealt with the pandemic, climate crisis, refugee crisis and corrosive political differences between the centre-right and centre-left parties.

As the investigations moved deeper in ÖVP dealings, the corruption scandals also caused a continuous loss in popularity for the ÖVP party.

When the scandals touched the inner circle, and chancellor and once wunderkind Sebastian Kurz was officially named an investigated party to alleged crimes, the ÖVP sank to a low in voting intentions. Finally, some recent polls now show the opposition party SPÖ has a higher voting intention (28%) than ÖVP (23%).

What does this mean for possible elections?

So even if the ÖVP-Greens coalition is not on the best terms and agreements, it is unlikely they’d vote in favour of dissolving parliament and new elections when it would possibly mean they’d be voted out.

Some Austrian political commentators also assert new elections are not the best scenario right now for SPÖ either.

The red party would prefer to consolidate power and increase their preference among voters, leading to more seats in a future election. At the same time, analysts believe SPÖ stands to win as corruption investigations and trials against ÖVP and its members continue in Austria.

There is still time until the 2024 national elections, and if the past few years of Austrian political history has taught us anything is that a lot can happen in a few months.