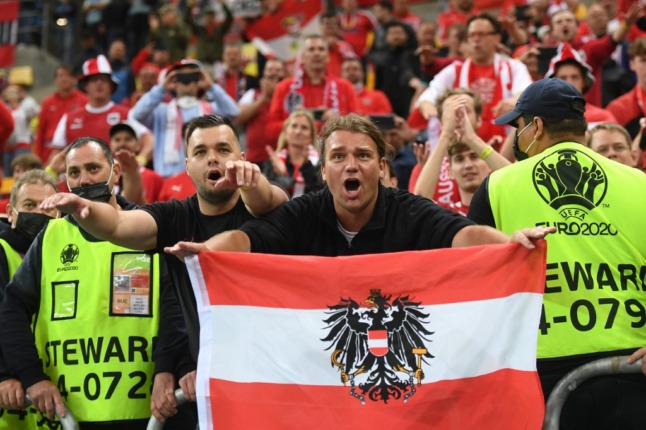 The Austrian national team scored their first victory in a European football championship on Sunday.

Austria will play the Netherlands on Thursday.

Family homes being replaced by tourist properties in Salzburg

Family homes are being sold and replaced by properties for tourists and investors in the  in the Salzburg Gebirgsgau region, according to broadcaster ORF.

It reports people living there say their homeland is being “sold off” say locals can no longer afford houses in the region due to spiralling land prices. The broadcaster reports in Kaprun, building land now costs between 800 and 1,200 euros per square meter.

There are at least 12 cases of the delta variant of the coronavirus in Vienna, according to Andreas Huber from the city’s crisis management team speaking to “Vienna today”.

The delta variant is a mutation which is considered to be significantly more contagious than other variants. There are also currently 19 further active suspected cases, said Huber.

Austria is pushing back against European Central Bank proposals to create a Europe-wide upper limit for cash payments.  A referendum of 73,000 signatures in Austria shows a clear preference for no upper limits on cash sums, backed by Green and ÖVP politicians, Der Standard reports.

READ MORE: Why is cash so important for Austrians?

The ruling Austrian ÖVP  party has again rejected the SPÖ proposal to offer a legal claim to citizenship after six years of legal residence, with party boss August Wöginger attacking left-wing parties for wanting “to change the political majority in the country by means of mass naturalisations”, Die Presse newspaper reports.

Vaccination programs are under for universities in Austria now, though programmes vary from state to state. While the university employees in Vienna, Salzburg and Upper Austria were able to register for company vaccinations, there is no prioritisation for those in Styria and Tyrol.

In Upper Austria, a separate vaccination line was set up last week at the University of Linz, where not only university members but also employees of all other universities in the state could be vaccinated. At the University of Vienna, almost half of those registered have already received their first jab.

EU Democracy and Demography Commissioner Dubravka Suica has criticised Austria’s plans to cut subsidies for EU citizens who work in Austria while their children live elsewhere, calling it “not fair”, in an interview with the Wiener Zeitung newspaper.

This means that industry, as well as households, can count on enough natural gas for the winter.

The situation would have to be re-evaluated if gas deliveries were to be stopped completely. In general, though, Austria is “well prepared for winter”, a representative of the Austrian Energy Ministry told broadcaster ORF.

READ ALSO: UPDATED: How reliant is Austria on Russia for energy

Is this the end of the Lobau Tunnel?

Climate Protection Minister Leonore Gewessler (Greens) wants to bring down the Lobau Tunnel for good: “Just because something was worth considering 20 years ago doesn’t mean it’s still the right decision today”, she said.

The controversial project was created to ease traffic from the outskirts of Vienna (east of the Danube river) to the capital centre. However, the tunnel would go below protected green areas in the 22nd district, and environmentalists alerted to the dangers it could bring to the Lobau region.

Additionally, many people complained that creating more roads for cars was not the best way to deal with traffic – saying the government should focus on giving the population better public transport options instead.

But the project is polarised, with many, including leading party ÖVP, still in favour of it, claiming Vienna urgently needs efficient traffic relief.

Inflation estimated at 10.5 percent in September

The inflation rate for September 2022 is expected to be 10.5 percent, according to calculations by Statistics Austria, as part of a flash estimate. Compared to the previous month, consumer prices rose by 1.6 percent.

The inflation rate thus exceeds the values during the oil crises of the 1970s and rises to the highest level since July 1952, when it was 14.1 percent.

The main reason for the rise in consumer prices is substantial increases in household energy, which is also the most important driver of inflation in September. The second most important price driver is fuel prices, which remain at a high level. There were moderate price increases in food and restaurants. 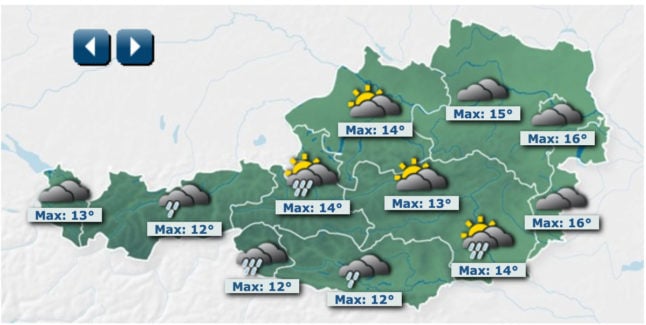 Apart from a few clearings, abundant clouds will prevail and there will be intermittent rain, especially in the south. Still, there will also be some rain in the other regions, Austria’s meteorologic institute ZAMG said.

The wind will blow weakly to moderately from different directions. Daytime highs are between 12 and 17 degrees. 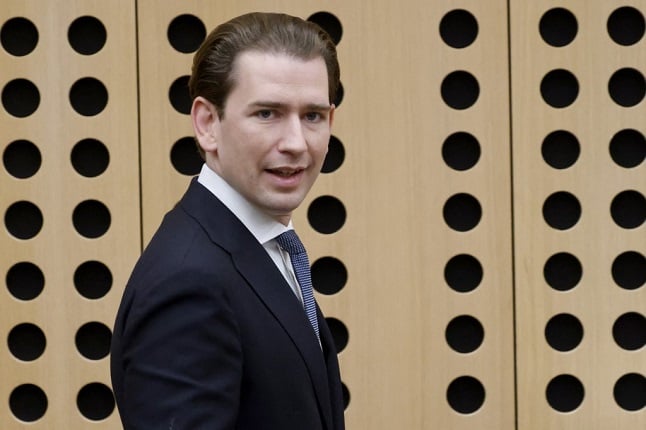