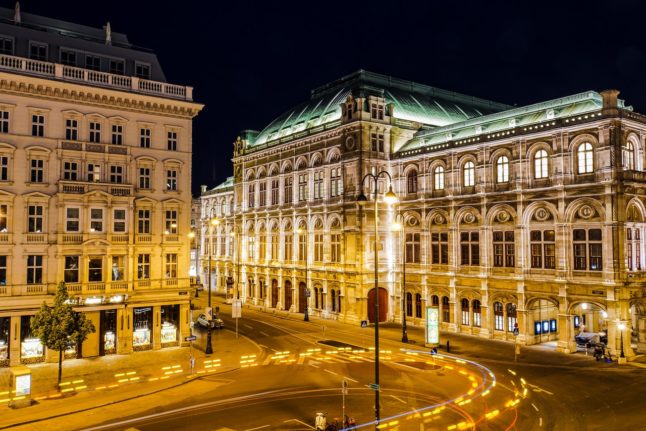 During the Cold War, Vienna was known as an international hotbed of espionage activity due to its neutral status and Central European location, leading to the nickname, “city of spies”.

Today, Austria’s capital city is once again in the spotlight after an article in the Financial Times named the Russian Embassy in Vienna as an important spy hub amid the fallout from Russia’s invasion of Ukraine.

The article includes interviews with eight serving European intelligence officials and diplomats, with one citing Austria as a “veritable aircraft carrier” of covert Russian activity.

READ MORE: Can Austria reduce its dependency on Russian gas?

Reports of espionage in Vienna

Recent concern about espionage in Vienna started in 2017 when a “friendly partner service” – reportedly British – warned Austria about an outflow of information from the BVT.

This was a time when the ministerial heads of all intelligence services were politicians from the Freedom Party of Austria (FPÖ), which was in a coalition with the Austrian People’s Party (ÖVP). Der Standard reports that the FPÖ signed a friendship treaty with United Russia, Vladimir Putin’s ruling political party.

READ ALSO: Calls for Russian-owned Austrian hotels to be opened to refugees

The following year, rumours began circling around Europe about Austria’s security services being compromised after a police raid on the BVT offices and the suspension of Austria’s anti-terror chief Peter Grindling.

Back in 2018, the BBC also reported on Vienna’s reputation as a “nest of spies” and included a quote from Siegfried Beer, historian and founder of the Austrian Center for Intelligence, Propaganda and Security Studies, who said espionage was still a business in the city.

‘City of spies’: What does Austria think about the moniker?

According to the Financial Times, an Austrian chancellery official refused to comment on the allegations, but did say the “current government has been pushing through sweeping reform of its security agencies”.

Russia has used Vienna as a location from which to target other countries. Der Standard reports that although Austria has been aware of the extent of Russian espionage efforts, the focus has been only on activities targeted against Austria rather than other nations.

The threat reached a head in 2017 when the right-wing Austrian Freedom Party (FPÖ) came into government, which had signed a friendship treaty with United Russia, Vladimir Putin’s party.

The FPÖ took on leadership roles within all intelligence services, with Herbert Kickl becoming interior minister in 2017, and Mario Kunasek taking over the defence department.

The links between the two parties were so strong that Vladimir Putin attended the wedding of FPÖ foreign minister Karin Kneissl, where he danced with the bride and presented her with the now infamous sapphire earrings worth 50,000 euros.

Kneissl, for her part, was later awarded a lucrative position on the board of Russian state-owned energy company Rosneft.

A consequence of these close ties was that Austria’s Federal Agency for State Protection and Counterterrorism (BVT) was excluded from European intelligence sharing for a while because it was considered as deeply compromised.

An anonymous European diplomat added that Austria’s defence ministry is “practically a department of the GRU”. The GRU is the Main Directorate of the General Staff of the Armed Forces of the Russian Federation.