AUSTRIAN CITIZENSHIP
Could Austria change the rules around citizenship?

Those who want to take up Austrian citizenship via naturalisation need to undergo an extensive and expensive process and fulfil specific criteria.

Generally, there needs to be at least 10 years of lawful and uninterrupted residence in Austria. However, there are exceptions for those with citizenship of an EU or EEA country, those born in Austria, or married to an Austrian, for example.

The main hurdles, however, include having to give up any other citizenships, as Austria doesn’t allow for dual citizenship in naturalisation cases with few exceptions, and the payment of a high fee, which depends on the municipality.

In Vienna, the application costs €130. If successful, the new Austrian citizen can expect to pay from €1,100 to € 1,500 just for the award – that doesn’t include costs with documentation, translation, and issuance of documents such as an Austrian passport.

But why are Austrians debating the issue again?

With just over 17 per cent of its 8.9 million residents immigrants and a quarter of people living in Austria having a “migration background”, the issue has never really not been discussed in the country.

However, it has been more recently brought again to the spotlight after statements by the current Federal President, Alexander Van der Bellen, who is running a reelection campaign. In an interview with local media, VdB said he believes the “hurdles” for citizenship are too high.

“Citizenship is a valuable asset. I think the hurdles for obtaining it are too high, ” he repeated on numerous occasions.

This sparked the debate once again, with several newspapers running stories on the naturalisation process in Austria and with politicians taking a stand on the issue.

Most notably, Chancellor Karl Nehammer, from the conservative party ÖVP, has dismissed the requests entirely, saying that a “softening” of the process was “out of the question”.

The chancellor added that he sees no reason why the process should be changed.

Nehammer said on Sunday: “Let’s not pretend that everyone has to wait 20 years for naturalisation. Under certain conditions, naturalisation is possible for a large part of people after six to ten years.”

The statements come as no surprise, as Austria’s People’s Party ÖVP often has already, on several occasions, said that any relaxation of the current naturalisation rules would “depreciate” Austrian citizenship. 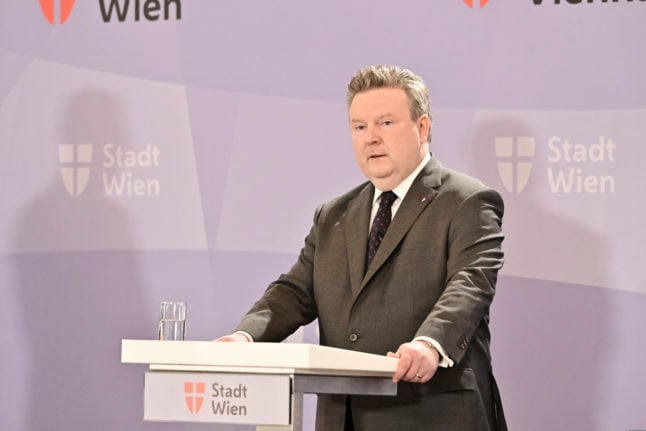 Not all politicians are against changing, at least partially, the rules. During an SPÖ party congress, Vienna Mayor and SPÖ leader in the capital Michael Ludwig says “it makes sense” to make adjustments to the rules.

“I want easier access when it comes to reducing bureaucratic and financial barriers. It should be considered whether to make things easier for those who were already born here.”, he said on his social media.

Technically speaking, people born in Austria can apply for citizenship after six years of continuous residence, which makes the process a bit shorter, if not easier. However, they still need to pay high fees and give up their previous citizenship.

READ ALSO: Reader question: Will my children get an Austrian passport if born in Austria?

For example, a child born and raised in Austria to British parents could only become an Austrian citizen (and therefore vote) if they gave up their UK passport. 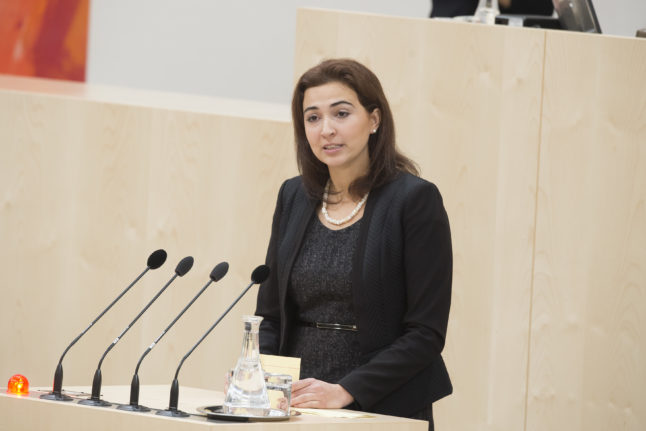 “The Green position is very clear: We see it the same way as the Federal President,” stated the Green Minister of Justice Alma Zadic on Sunday evening in the ORF program ZiB2.

She said that the party could see not only changes in the process to make it less bureaucratic but also “financial changes”, adding that she has friends and acquaintances who simply “cannot afford to pay thousands of euros to get citizenship”.

However, the minister clarified that nothing would change in the current political setting, as the parties in favour of easing don’t hold a parliamentary majority. “We have a government agreement that does not provide for this point.”, she said.

While junior partner Greens have been in favour of easing some rules, little is expected to happen with the ÖVP in power. The next parliamentary elections are set for 2024, though. If the SPÖ continues climbing in the polls, an SPÖ-Green coalition could push forward different rules.

READER QUESTIONS
Reader question: Will my children get an Austrian passport if born in Austria?
Url copied to clipboard!