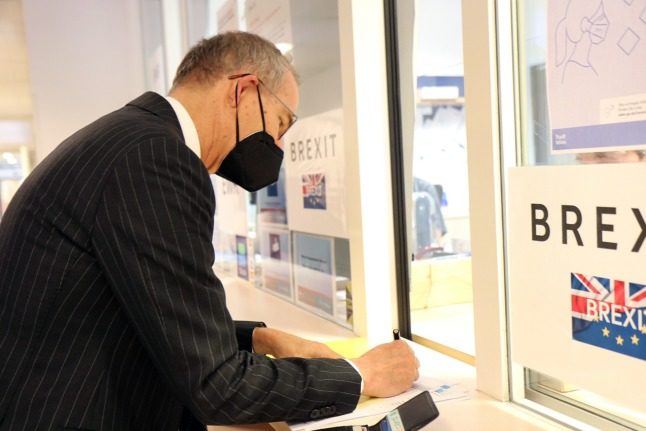 As part of the Brexit Withdrawal Agreement, British people who were already living in Austria at the end of the transition period on December 31st 2020 can apply to stay in Austria retaining many of the rights they enjoyed as EU citizens, but the deadline is approaching fast.

Applications for the Article 50 EUV Card should be submitted by December 2021 31st and the card is mandatory for British people who were in Austria under EU freedom of movement laws and do not have another right of residence in order to continue living and working in Austria past New Year’s Eve. If you have another right of residence, such as citizenship of a different EU country, you do not need to apply, but may still want to.

Here’s what you need to know about the Article 50 Card and how to apply.

What is the Article 50 Card?

The Article 50 Card replaces all previous residency permits held by British people in Austria who were living here under EU freedom of movement. In a nutshell, it’s a post-Brexit residency card.

The application process for the Article 50 Card opened on January 4th 2021, although many people in Vienna have experienced delays.

Mike Bailey, from British in Austria, told The Local: “The Article 50 Card application procedures have been handled differently in Vienna and in other provinces.

“In Vienna, the process takes longer and feedback has shown it has taken between two and 39 weeks before people receive the card.

“Some people in Vienna applied at the start of the year and have been asked three or four times for more information, plus there have been very publicised staffing issues at MA35 [Immigration and Citizenship Department].

“But outside of Vienna it has been a different story with quicker processing times.”

British people that moved to Austria after the end of the transition period, in other words from January 1st 2021, have to go through the standard immigration channels as a third-country national.

EXPLAINED: What Brits with EU partners need to know about returning to live in the UK

Who needs to apply?

British people that were living in Austria as an EU citizen on December 2020 31st and want to continue living, working or studying in Austria have to apply for the Article 50 Card – regardless of age or socioeconomic status.

The British in Austria group even advises people with a second EU nationality to apply for the 10-year Article 50 card, if eligible.

This is because the ten-year card offers greater flexibility when it comes to time spent away from Austria, compared to the pre-existing Bescheinigung des Daueraufenthalts (a legal residency document obtained after five years in Austria as an EU citizen).

If British citizens living in Austria don’t apply for the Article 50 Card they could lose their current rights that are protected by the Withdrawal Agreement.

“If you don’t apply before the deadline at the end of December, it will be much harder to stay in Austria from January next year, and you might not be able to access important services.

“We are working hard to reach as many people as possible but are especially concerned about older or vulnerable British people who have been in Austria for some time and may not realise this applies to them.

How does the application process work?

For people that live outside of Vienna, Article 50 applications take place at the local Bezirkshauptmannschaft or Magistrat where a person lives (Hauptwohnsitz).

In Vienna, applications are processed at MA35, the City of Vienna Immigration and Citizenship department in Arndtstrasse in the 12th district.

In most cases, an appointment has to be made in advance and proof of status will have to be provided, such as a job contract, proof of self-employment, proof of address and ID.

In some cases, additional checks will be made to determine the eligibility of an applicant.

Applicants also have to pay a fee (see below for more information), provide fingerprints and a passport photo.

After applying, each applicant should be issued with an official confirmation of application. If the confirmation is not provided, Mike from British in Austria advises people to request it.

READ MORE: Passport stamps: What British residents in the EU need to know when crossing borders

The British in Austria website has an updated list of offices across the country where an application for the Article 50 Card can be made. You can find the page here.

Typically, the process takes a couple of weeks from lodging the application to receiving the Article 50 Card, but it can take longer in Vienna as there are more British people living in the capital than elsewhere in Austria.

However, earlier this year some people experienced delays in applying for the Article 50 Card as a result of Covid-19 restrictions and closed offices.

In February, there were also reports of some British citizens in Austria wrongly having their benefits payments suspended due to misunderstandings of the new post-Brexit rules, as reported by The Local.

The suspension of benefits went against the Withdrawal Agreement and resulted in Ambassador Turner reaching out to the Austrian Federal Government to resolve the issue.

How much does the application cost?

The costs of applying for the Article 50 Card ranges from €0 to around €75.

The difference will depend on how long someone has lived in Austria and whether further documentation is required.

The standard fee is €61.50 but this is waived if a person already has a permanent residency status in Austria that was obtained pre-Brexit.

Permanent residency is gained after living in Austria for five years and meeting the conditions for a residency permit under EU law.