German is a notoriously challenging language, not least for its complex grammatical system. Just remember to avoid the following common pitfalls as an English speaker, and you'll sound like a native in no time.

But don't worry: we're here to take you through some of the most common pitfalls for English speakers. Steer clear of these, and your Austrian friends are bound to be sehr beeindruckt (very impressed) at your incredible progress in learning their notoriously difficult language.

It’s easy to get caught out by false friends in the German language. Sometimes a word sounds similar to something in English, so we deduce it must also mean something similar. Unfortunately, that’s not always the case, which can lead to a whole world of confusion.

Below are some examples of common false friends to watch out for:

Ich werde vs Ich will

The first person present tense form of wollen is misleading for English speakers - the first person conjugation will may appear to be the same as the English verb ‘will’, just with a slightly different pronunciation.

In actual fact, ich will means ‘I want’, whereas it is ich werde which means ‘I will’. It’s a bit of a muddle, but nothing some memorisation can’t fix!

Ich werde = I will

Ich will = I want

This one is particularly important. In English, a gift is a present which we very kindly receive or give, but this is known as a Geschenk in German. Das Gift, which in actual fact means poison or toxin, is something we definitely don’t want to give to any of our closest friends on their birthdays. (Though for those of us whose cake-baking skills are particularly bad, it has been known to happen.) 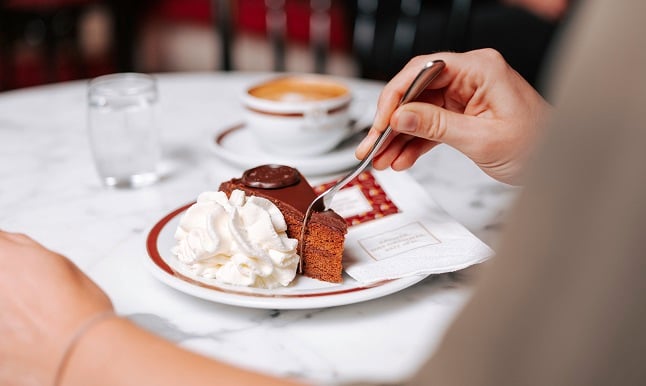 Particularly when asking a question, the word wer is sure to come up at some point. To English speakers, this is yet another misleading piece of vocab - sounding like the English ‘where’, it actually means ‘who’.

Where are you going?

The above are just a few examples of some false friends in the German language - they can cause confusion but just keeping an eye out for them will help! See this website link for a longer list of false friends in German.

German grammar is probably one of the trickiest parts of learning the language. We know that when using the perfect past tense we need to combine an auxiliary (helping) verb with the past participle (e.g. gegessen). Deciding whether to use haben or sein as the auxiliary verb can be confusing, though.

Important to remember, is that intransitive verbs are those associated with movement from A to B, for example laufen (‘to run’), as well a change of state or condition, for example einschlafen (‘to fall asleep’).

Sorry that I missed your call - I fell asleep!

As with anything, there are exceptions. Despite not conveying movement or changing state specifically, the three verbs bleiben (‘to stay’), werden (‘to become’) and sein (‘to be’) are also intransitive and must also take sein as their auxiliary.

He stayed with us for a long time.

Some more detailed guidelines can be found here.

With your standard Ich mag Kaffee (‘I like coffee’) sentence, word order follows the same rules as English - Subject-Verb-Object.

However, as you start to develop complexity in your sentences, word order rules begin to change too. It’s important to remember that the verb is pretty important when it comes to constructing German sentences, so focus on that. As demonstrated below, certain conjunctions and time phrases shake things up a little...

Coordinating conjunctions such as und, aber and oder have no effect on word order. (That's something to be grateful for... right?)

However, subordinating conjunctions - which generally add more information to the main clause of a sentence, like how or what or why - cause the verb (or first verb if there are more than one) to move to the end of the clause.

I don’t like winter, because it’s too cold for me.

The verb is also sent to the end in other linguistic scenarios, such as when using a modal verb like can, should, could, or will:

I will buy the milk.

Or in a relative clause:

The milk, which we need for the recipe.

The recipe, which we will cook tonight.

As in the example above, sometimes a relative clause will have more than one verb. In this case, it is the first verb which will appear at the end.

Inversion, in which the verb is brought in front of the subject into a VERB - SUBJECT - OBJECT order, is also a regular feature of German sentences. Inversions are caused by temporal adverbs or prepositional phrases:

Hopefully this gives you a brief overview of some word order particularities in German. This is by no means exhaustive, so watch out for other changes in word order, such as when using adverbs.

We know that the German wie can mean various things, including ‘like’ as a conjunction. Don’t fall into the trap, however, of translating the English phrase ‘like this/that’ literally, to ‘wie das’.

It doesn’t work this way in German, so if you want to talk about something being ‘like that’ or doing something in a particular way, use so.

The above German language tips are not at all exhaustive and just cover a few areas of difficulty that most of us learners struggle with from time to time. It’ll come together with practice, so keep going! And don't get discouraged if your Yoda impression a little time takes.