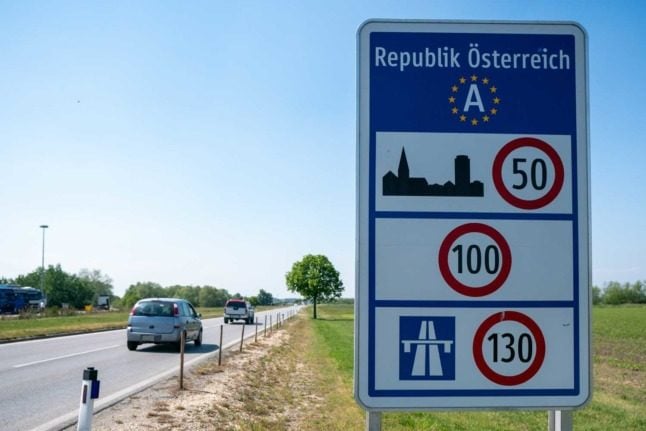 Each year, Austria releases its Statistical Yearbook for Migration and Integration. The most recent edition was released in June 2021.

Almost a quarter come from a migrant background

The study found that almost a quarter of Austrian residents – 2.14 million people or 24.4 percent of the population – have a migrant background.

This is an increase of 40 percent on the same figure from ten years ago.

IN NUMBERS: How many people become Austrian each year – and where do they come from?

In fact, while Austria’s population is growing, it is growing only through migration. According to the director of Statistics Austria, Tobias Thomas, “without migration the number of inhabitants would, according to the population forecast, shrink to the level of the 1950s in the long term.”

Around 40 percent of those who have migrated to Austria come from European Union countries, with the remaining 60 percent from outside the EU.

More than half a million come from the former Yugoslavia, while 270,000 come from Turkey.

‘Migrant background’ refers to people from abroad or who have parents born abroad.

How do migrants feel about Austria?

Besides the cold, hard numbers, the yearbook also reveals migrants’ attitudes towards living in Austria.

The authors interviewed around 3,500 migrants or people with a migrant background, breaking them into two categories.

These countries were chosen as they are the source countries of the greatest number of foreign residents living in Austria.

Generally speaking, people who had been in Austria for longer felt more at home than newer arrivals – while money played a role in how ‘at home’ people felt.

“Across all countries of origin, immigrants with a longer period of residence felt more at home or belonged to Austria than people who had not lived in Austria as long,” the authors wrote.

“In addition, those migrants who could more easily manage their household income felt more at home in Austria or belonged to Austria than those who had (some) difficulty meeting their current expenses.

Only a small minority of foreign residents – less than two percent – said they felt “not at home at all”.

People are particularly at home in Vienna

Vienna, with the highest proportion of foreigners in Austria, is a popular destination for new arrivals.

The study found that it is also popular for longer-term foreign residents.

Vienna’s status as a popular migrant destination was solidified with the study, which found migrants felt at home in the Austrian capital.

“It was also striking that those persons from traditional countries of immigration who live in Vienna felt particularly often at home or belonged to Austria. This correlation was not found among immigrants with a recent migration history,” the authors wrote.

More information about the study – including the full report – can be found at the following link.