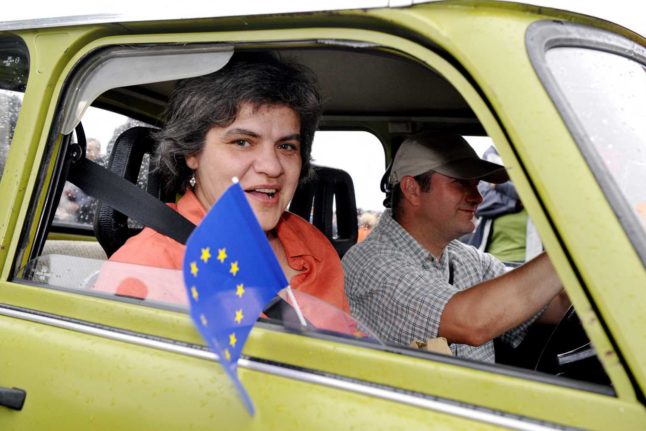 When relocating to a new country, it’s tempting to simply pack up the car and head off for an adventure.

But it then means importing the car into your new country of residence – a process that can be complicated and confusing in another language.

It’s no different in Austria and importing a car involves filling out forms, paying taxes and, in some cases, making customs declarations.

However, as Austria is a member of the EU, the process differs for EU and non-EU countries, with a simpler approach involving less bureaucracy for fellow EU member states.

When to import a foreign car to Austria?

If people still have their main residence outside of Austria they can drive their car with foreign number plates in the country for up to one year. After that, the vehicle has to be imported.

For people that live in Austria on a long-term basis (or recently relocated) and want to drive a car from another country, there is a grace period of one month before the vehicle has to be officially imported.

The one-month period starts when the car enters Austria.

What is the import process for cars from an EU country?

Importing a car to Austria from another EU country is quite easy.

The vehicle has to be registered with the relevant Landespolizeidirektion (federal police headquarters) or Bezirkshauptmannschaft (district administration), but the process is relatively painless.

There isn’t any additional documentation to be filled out or customs duty to be paid.

However, owners do have to pay the standard consumption tax or NoVA (Normverbrauchsabgabe). The cost will depend on the fuel consumption and value of the car.

Unfortunately, no one is exempt from this tax and it has to be paid before the vehicle can be licensed in Austria.

What is the import process for cars from a non-EU country?

This is when it becomes more complicated with extra forms to fill in and further taxes to pay.

To import a car from a non-EU country, owners have to provide proof of value of the vehicle. This can be done with an invoice or purchase agreement.

READ MORE: How to post packages between Austria and the UK post-Brexit

Other documentation includes a T1 Consignment Note, which is a customs document used to carry non-EU goods into the EU, and an Import Declaration known as form Za58a.

Once the forms have been filled in and the paperwork signed, the next step is to pay the taxes.

First, there is a 10 per cent customs duty to pay on the value of the vehicle. This is waived for cars imported from Switzerland or Norway, as long as the owner has the EUR.1 Movement Certificate to prove preferential origin.

Then there is a 20 per cent import turnover tax to pay (calculated as purchase price + delivery costs + customs duty amount) followed by the NoVA tax.

With all the extra paperwork and taxes to be paid, it makes sense to weigh up the cost of relocating to Austria with a non-EU car against selling a car in your home country and buying a new vehicle in Austria.

The same applies for anyone already living in Austria but considering buying a vehicle from a non-EU country.

Importing a British car to Austria – what has changed?

Unless you’ve been hiding under a rock, you’re probably aware that the UK has left the EU and the Brexit transition phase ended on 31 December 2020.

READ MORE: How Britons can move to Austria to live and work post-Brexit

This means that British people and UK-licenced cars are now considered as being from a third-country and have to follow any immigration or import processes for non-EU countries.

Essentially, importing a car to Austria from the UK is now a more expensive and complicated process than it was before.

Another item to add to the list of things that have changed for Brits in the EU in these post-Brexit times.