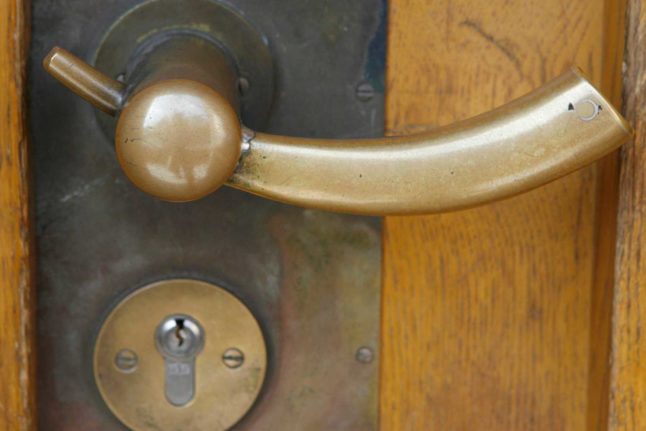 From cultural quirks to simply knowing where to look, there are several hurdles internationals face finding housing in Switzerland.

Work out where you want to live: Vienna

Vienna continues to be a massive drawcard for people from all over the world, even in the midst of a pandemic.

So if Vienna is where you’re headed, it’s best to get an idea of what you need before you start your search.

Vienna has 23 districts (Bezirke) each with its own characteristics, advantages and disadvantages. So whether you are looking for an elegant, central flat on a cobbled street, or a family home near vineyards and forests, there is something for you.

Check out our guide on the best places to live in Vienna.

Be aware of Vienna’s social housing

Something quintessentially Viennese is the city’s extensive city-owned housing, which is widespread, top quality and very popular.

There are around 220,000 city-owned flats in Vienna, which represents roughly 25 percent of the city’s housing stock.

More information about Vienna’s municipal-owned housing is available at the following link.

Work out where you want to live: Countryside

One thing to remember is that Austria is relatively small. Moving to the country might really mean something for people from the United States or Australia, but in Austria, a major town is unlikely to be too far away.

With Austria’s public transport networks and road infrastructure, a move away from urban areas might be just what the doctor (and accountant) ordered.

But from dialect to carrying cash, a move to the country is not without its challenges – as we wrote in our following guide.

There are a number of online platforms which list available apartments for rent and for purchase.

These include (but are not limited to) Immoscout24 – which incorporates the ImmoDirekt and Immobilien sites – along with Bazar, Willhaben, Immowelt, Wohnnet, Flohmarkt, Housing Anywhere and Just Landed.

Note: The Local Austria has not received a commission or any kinds of juicy kickbacks from these sites.

When going to a viewing, it makes sense to be prepared.

If you like something, there’s a good chance that others will too, so make sure you have all your documents in order.

It is not an uncommon sight to see people at house viewings with all of their application forms already completed to be handed straight to the agent.

Renting versus buying: What should I do?

This isn’t Austria specific of course, but it is an important consideration.

As we wrote about in our explainer on this topic, property ownership is very rare in Austria.

This is however largely grounded in cultural and historical factors, so don’t rule out owning a flat from the get go.

The eventual decision will obviously depend on your personal circumstances, but if you’re unsure, have a ready of the following guide to get an idea if renting or buying is for you.

Of course, when looking for an apartment anywhere, it is helpful to speak the language of the place where the apartment is – so speaking German is a real Vorteil when it comes to flat hunting.

Platforms and agencies which are targeted at expats and internationals are likely to be more costly than those targeted at locals, so getting a working command of German is important.

In Vienna and Graz however – and maybe in a few larger towns – it will be possible to look for a flat in English. However, it’s still important to know some of the more important terms.

Agents and sellers in Austria may speak English, but they will often use German nouns in an otherwise English conversation.

Therefore, German words like Kaution will probably be used rather than bond or security deposit.

Words without a real English equivalent like Altbau (pre-war building) or Neubau (new(er) building) will also be commonly used in English conversations.

Then there’s the English words which have been repurposed into German and don’t really have the same meaning in English – but which German speakers will expect you to understand.

The best example of this is ‘casting’.

Right out of the same category as ‘Handy’, ‘Public-Viewing’ and ‘Beamer’, Casting is an English word which has taken on a different and somewhat odd use in German. While ‘casting’ in English means the process of auditioning for a part in a movie or play, ‘Casting’ in German is the process of interviewing a new flatmate.

We’ve prepared a glossary of the most commonly used words when renting a flat in Austria – so check it out.

Have a sizeable deposit at the ready

Even for a rental flat, a large deposit or Kaution will most likely be necessary.

This can be several months rent and up to €5,000, so be ready to pay through the teeth (and then some).

Of course, a deposit for a home will be much higher. More info on that is available at the following link.

READ MORE: Seven common mistakes to avoid when buying a home in Austria

Know your rights – and who is in your corner

From long notice periods upon the cancellation of a lease to being able to make significant changes to the flat – along with rare or non-existent inspections – tenants have strong rights in Austria.

However, in many cases these rights are useless unless you know about them. In some cases, landlords are actually more willing to rent to foreigners because they do not know their own rights.

So besides brushing up on Austrian tenancy law, what can you do? One option is to join a tenants’ association. This might cost you, but it will ensure you’ve got someone in your corner if you’ve got any questions or need assistance.

Be aware of scammers

One major thing to be aware of at all steps in the process – from the first time you click ‘search’ to the moment you’re getting handed the keys – is to be aware of scams.

Scammers are unfortunately relatively common in the Austrian property market, even if the scammers themselves might not be in Austria at all.

Never be too shy to ask for clarifications or further documentation/identification.

Scammers operate on all platforms. While official property platforms have greater resources to weed out dodgy operators, don’t assume that the deal is legit simply because it’s on a reputable searching platform.

A good ad should have pictures from inside and outside.

Oh, and never transfer money after a promise to be sent keys via the post, that’s the oldest trick in the book.

Try and use your common sense. Think about what you would do if you were renting out your flat – would you send your keys in the post to a stranger?

Remember that if it seems too good to be true, it probably is.