IN PICTURES: How you can visit Austria's newly renovated parliament

After five years of renovation work, one of Austria's most beautiful buildings is open again. Here are the pictures and information on how you can visit the parliament in Vienna.

Austria officially reopened its historical parliamentary building  on Thursday with a pompous ceremony, and most of its political class present. The building has been extensively renovated over the past five years, including the sizeable historic National Council Chamber where debates take place.

The most significant architectural innovation is the new glass dome above chamber, with a diameter of 28 meters and a surface area of 550 square meters. 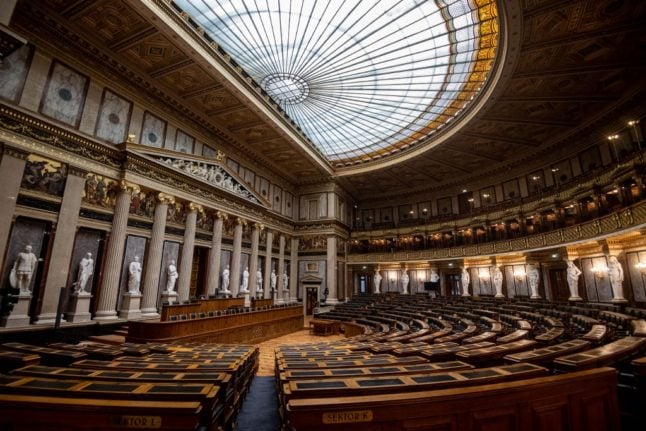 An inner view shows the Austrian Parliament in Vienna on December 20, 2022. (Photo by VLADIMIR SIMICEK / AFP)

How can I visit?

It's free to visit the Parliament building, but you do need to make an online reservation. You can find the link for the English page HERE.

After completing your registration, you will receive confirmation, including a QR code, at the email address you provided. You will need to bring the confirmation (printout or electronic copy) and a photo ID for your visit. Before you enter the Parliament Building, security checks will take place.

The visitor centre "Demokratikum - Experience Parliament" is open on weekdays from 8 am to 7 pm and Saturdays from 9 am to 5 pm. There, you can find several interactive media stations on the Parliament and its processes - the content is in German and English. 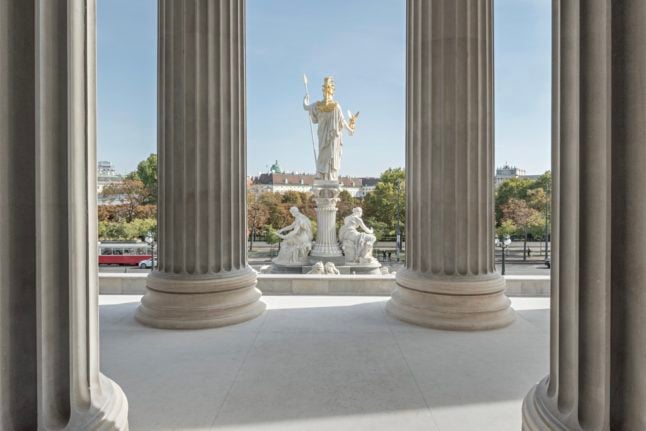 View from Portikus towards the Ringstrasse with Pallas Athene (Copyright: Austrian Parliament)

READ ALSO: ​​EXPLAINED: How do Austrians elect their chancellor?

You can also take one of the free guide tours, which take approximately 55 minutes and are frequently available in German and English. Six tours are happening daily between 10:45am and 3:45pm. You can reserve your spot on the German page HERE.

"Besides new and fun facts about the construction itself, the tours also offer an overview of the building’s history and its recent renovation", according to the website. 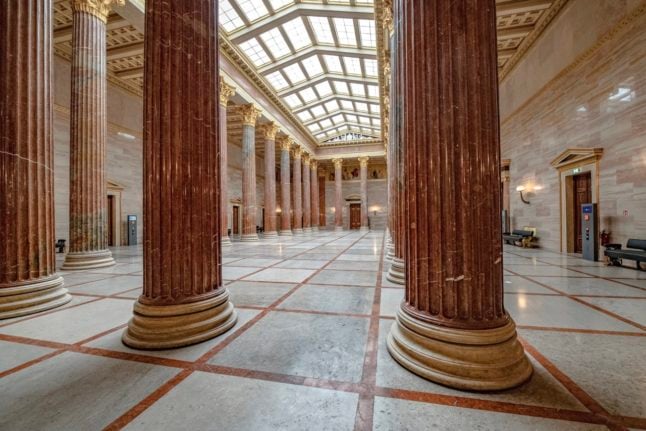 As part of the tour, visitors will go to the Historic Sitting Room, the meeting hall of the Federal Council and the newly restored National Council meeting hall.

People can also attend sittings of the National and Federal councils but need a valid official photo ID to enter the building. Austrian television also broadcasts and streams every Plenary sitting.

Open days after the renovation

To celebrate the end of the renovation works and introduce the new building to the population, the Austrian Parliament will have two visitation days over the weekend: January 14th and 15th.

The Parliament will be open on these days from 10:00 to 17:00, with the last admission at 16:00. No registration is necessary for the open days.

An extensive tour leads to the National Council Chamber with its new glass dome, the new session hall of the Federal Council and the Federal Assembly Hall, where the inauguration of the Federal President will take place at the end of January. 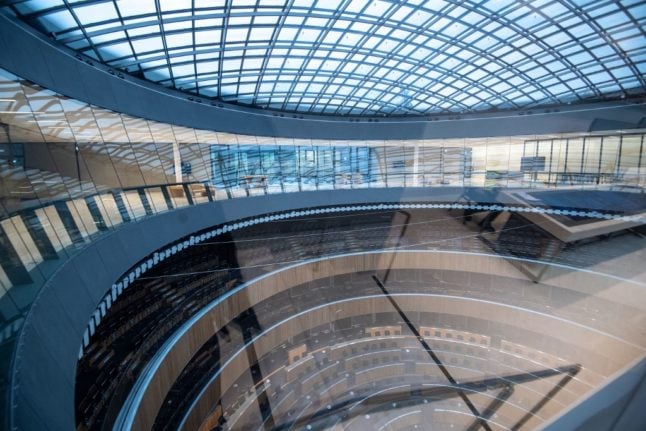 The Austrian Parliament Building (Parlamentsgebaeude) has re-opened on January 12, 2022 after several years of renovation with a cost of more than 400 million euros. (Photo by VLADIMIR SIMICEK / AFP)

The offices of the presidents of the National Council and the Federal Council can be visited. In the Hall of Columns, there will be the opportunity to meet with representatives of all parliamentary parties.

The "Demokratikum - Experience Parliament" will be open to visitors for the first time on both days. There will also be the Parliament Library with the exhibition "In the Language Space of Democracy" and the "Plenarium" under the newly erected glass dome of the Parliament. 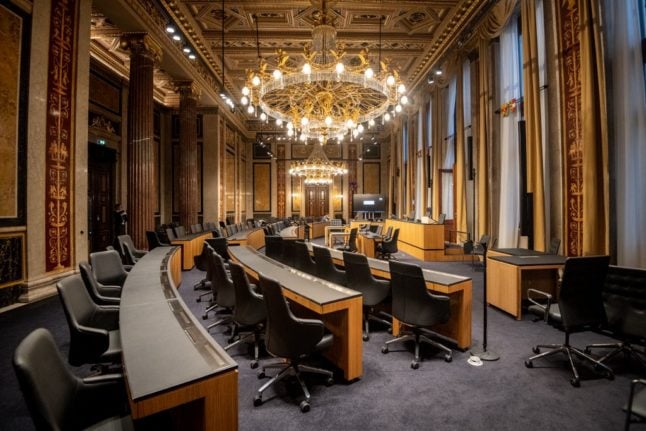 An inner view shows the Austrian Parliament in Vienna on December 20, 2022. (Photo by VLADIMIR SIMICEK / AFP)

Austria's parliament building, located on the Ringstrasse, in the first district of the capital Vienna, was built in the late 1800s to accommodate the two chambers of the Imperial Council, which was part of the Austrian legislature in the Austro-Hungarian empire.

Since then, it has accommodated a bicameral legislature, currently the National Council (Nationalrat) and the Federal Council (Bundesrat).

The building was designed by Greek Revival architect Theophil Hanse, who became part of the nobility after Emperor Franz Joseph I gave him a baron title when the construction was completed. 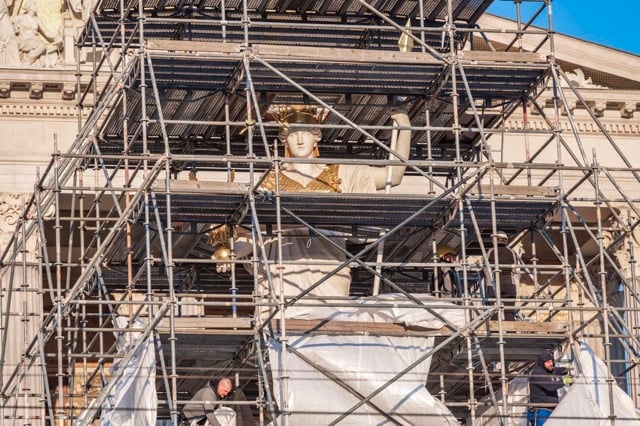 Besides housing several libraries, dining rooms, cafes and bars, one of its most famous works of art is the Pallas Athena fountain in front of the main entrance.