What's changing for tenants and homeowners in Austria in 2023?

Whether additional aid or improvements in tenancy laws, here are the most significant changes which home renters and owners in Austria need to know about.

Households to get €400 aid for heating costs

The Austrian government has agreed on additional aid to cushion high heating costs, with the payout being distributed by the provinces.

The total amount will be transferred to the regions based on population to add to existing local subsidies. The federal aid would amount to between €200 to €400 extra per household.

The heating subsidy is intended for lower-income families, minimum pensioners and welfare recipients. It will be available whether they heat with gas, electricity, pellets or another fuel.

Residents in Vienna to get €200 aid

The City of Vienna is sending out bonuses of €200 to households to help cushion the effects of rising energy costs. Viennese households will receive €200 in a new "energy bonus, " which will benefit about two-thirds of all city homes.

From July 1st, 2023, the Bestellerprinzip (buyer’s principle) will apply to apartment rentals, meaning those who hire a broker will pay for the service, as The Local reported.

Currently, renters need to pay several fees when moving into a new apartment, including a security deposit and the first month’s rent.

That is set to change on July 1st 2023 when the person who hires the service will have to pay for it.

Austria’s Social Democratic Party (SPÖ) plans to introduce a motion for a rent freeze that would prevent rent increases until 2025, as The Local reported.

Details on the plan should be debated in the party’s next meeting on January 24th. However, the opposition party has already advanced the main point of their proposal: “all rents should be frozen until 2025”. The measure comes as high inflation and increasing energy prices pressure tenants in Austria.

The SPÖ also wants to change the index used to adjust rental prices in Austria. Currently, rental adjustments are based on the consumer price index, which is tied to inflation.

However, the centre-left plans to propose that prices be adjusted on the key interest rate of the European Central Bank instead – and that they be capped at a maximum of 2 percent.

READ MORE: What are Austria’s Social Democratic Party’s plans for freezing rents until 2025?

Austria will have a price cap for electricity throughout 2023 (it has been in place since December 1st and should last until June 30th 2024).

The price of electricity will be subsidised up to a consumption of 2,900 kilowatt hours, the government said. Until that limit, it will cost only ten cents per kilowatt hour - the energy price from before the current energy crisis.

The Austrian government estimates that the measure will help Austrian homes save from €400 to €800 on energy bills a year. The Finance Ministry added that the average household's savings would be €500. 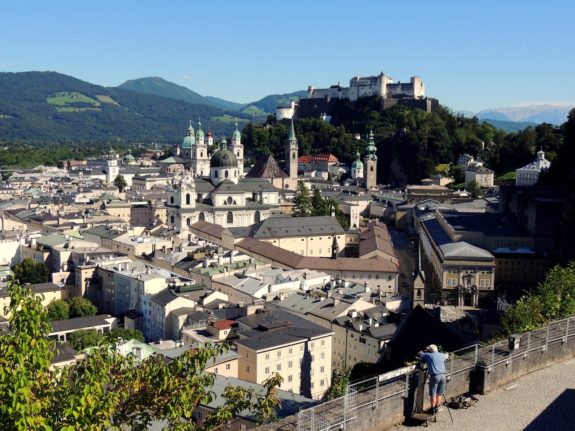 After years of high interest in property in Salzburgerland (especially in the winter tourism areas) followed by rising prices, the state government has decided to tighten the law.

This means when someone buys a house, apartment or building land in certain districts in Salzburg, they have to prove that it will be their main residence (Hauptwohnsitz). Purchasing second homes (Nebenwohnsitz or Zweitwohnsitz) or holiday homes in Salzburg will only be permitted in designated zones.

If several requirements are not met by the deadlines, there is a risk of foreclosure and the property or land being sold at auction. The money from the sale will go to the owner, but auctions will start at 90 percent of the estimated value.

READ MORE: Property in Austria: Can I still buy a holiday home in Salzburg?

Experts have said that they expect prices to fall across the entire property market in Austria in 2023 - although it might not increase transactions in all segments. Predictions for the year are that the market will definitely slow at the lower end.

The scenario will also depend on the geopolitical situation, especially the war in Ukraine and its repercussions, experts told The Local.

READ MORE: What experts say will happen to the Austrian housing market in 2023