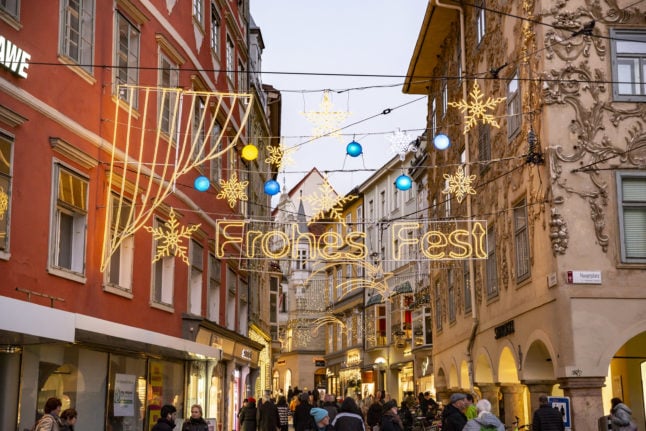 The leader of the centre-left party SPÖ, Pamela Rendi-Wagner, has taken a harder approach to asylum seekers and migration issues in Austria.

In an interview with oe24.tv on Wednesday evening, she said it was not acceptable that 60,000 people from countries like Tunisia or India “all end up in Austria”. Previously, she had defended that the number of asylum seekers per se wasn’t “decisive” and that what truly mattered and could influence was the number of people on basic care within the Austrian system.

The stand change comes after a poll earlier this week had put the SPÖ in a better position for national elections if it ran with Burgenland governor Hans Peter Doskozil instead of her. However, she dismissed the poll results, as The Local reported. Doskozil has a tougher approach towards asylum and migration and leads the Austrian province with a long border with Hungary, an entry point for many.

READ ALSO: Who will be the SPÖ candidate for the chancellery?

Politicians in Austria criticised a far-right FPÖ leader who called for a suspension of citizenship granted to non-Europeans and for tying social benefits to proof of German skills. Here’s what you need to know.

As of November 24th, 61 streets, alleys and squares in Graz will once again be illuminated in Christmas splendour, the City of Graz said. The lights have been turned on about a week later than usual and will have shorter switch-on times to save energy.

“Especially in times like these, light and warmth are more necessary than ever. So, in addition to our traditional Christmas tree on the main square, the Advent markets and the ice area, the lighting creates an atmospheric ambience in the city, said Mayor Elke Kahr.

The Christmas tree, ice area and illumination can be seen this year until January 6th, and the lighting is in operation daily from 4 pm to 10 pm. On Christmas Eve and New Year’s Eve, the lights will be on until 2 am.

The number of reported flu cases skyrocketed in the Alpine country last week, according to a report by MedUni Vienna.

Epidemic levels that would constitute a flu wave have not yet been reached, reported the Center for Virology at MedUni Vienna on Thursday. However, there have been more and more cases, especially in Vienna, Lower Austria, Salzburg, Tyrol and Styria.

According to MedUni, the number of confirmed influenza detections has now risen to 70 cases, up from less than 10 in the week between October 31st and November 6th and less than 20 in the following week. However, the samples examined come from only a few selected registered doctors in all federal states.

Austria’s Agency for Health and Food Safety (AGES) estimates based on the confirmed data and assumes there were almost 2,700 flu-like infections and new influenza cases last week.

Meanwhile, the wastewater monitoring system of the Tyrol has shown a “noticeable increase” in the number of people with coronaviruses in recent days, meaning unconfirmed positive Covid-19 cases could be on the rise as well.

The intense heatwaves in European countries this summer might have led to more than 20,000 “excess” deaths, Reuters cited a World Weather Attribution report compiling official figures.

The death toll was “higher than expected”, Chloe Brimicombe, a University of Graz researcher, told Reuters. She said she considered this summer’s heatwave the most impactful since 2003.

Almost 10 years ago, the heatwave caused more than 70,000 excess deaths in Europe and pushed countries to implement life-saving measures, including early warning systems.

In the country’s eastern half, exceptionally sunny weather will prevail throughout the day. However, in the west, more clouds will gather in the afternoon and, during the evening, it will start to rain in Vorarlberg.

The snow line will remain around 1300m but will drop during the night when the rain will spread further east. The wind will be light, mainly from the west. In the afternoon, temperatures should stay between 4C and 10C.

Union workers and company representatives finally reached a deal on salaries during the fifth round of negotiations this Tuesday, Austrian media reported. They agreed on a salary increase of up to 8.67 percent and avoided a strike in the sector just ahead of Christmas.

Rainer Trefelik, the chief negotiator for the employers, described the agreement in an interview with der Standard as “an absolute limit”. He said the industry can now only hope for a good, trouble-free Christmas business.

“For us, it was very important that we could achieve a permanently effective salary agreement above the underlying inflation rate for all and a stronger increase for the lower salary groups,” said trade unionist Helga Fichtinger.

The energy crisis and war in Ukraine have raised fears of blackouts in Austria this winter. While the risk is low, there are plans to distribute food if the worst happens. Here is how Austria plans to secure food supply in the event of a blackout.

At the Regional Court of Wr. Neustadt, two defendants were sentenced to conditional prison terms for violations of the Prohibition Act and the Weapons Act, broadcaster ORF reported.

Among other things, they are alleged to have kept objects with Nazi connotations and prohibited weapons. The two 54-year-old defendants – a man and a woman – were sentenced to two years and 18 months in prison, respectively, in a jury trial Tuesday. However, the verdict is not yet final, according to court spokeswoman Birgit Borns.

The accused are alleged to have sent photos and videos with National Socialist ideas and kept pictures with swastikas, Nazi songbooks and other objects with Nazi references freely accessible in their residence in Landegg (district of Baden).

Furthermore, the two are alleged to have illegally possessed numerous prohibited weapons as well as war material, some of which were stored loaded and unsecured. Category B weapons, which includes revolvers and semi-automatic firearms, were also found in their home.

Energie Graz is increasing its prices for district heating as of December 1st, broadcaster ORF reported. The increase amounts to around €50 per month for an average household in Graz. However, the instalment amounts will be adjusted, Energie Graz said.

The current challenging situation on the energy markets, which has led to a massive increase in electricity and gas prices, also means significantly increased costs for generating district heating”, the company added. 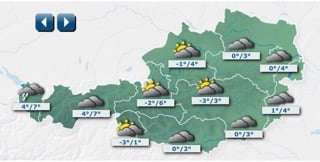 Apart from only a few clearings in the area of the main ridge of the Alps, the sky will be cloudy in the country due to high fog and dense clouds, Austria’s meteorologic institute ZAMG said.

From the cloud layer, it will rain intermittently in Vorarlberg as well as in the south and southeast. The snow line will be between 600 and 1000m above sea level.

In the afternoon, the clouds will finally replace the high fog in general and in the northern foothills of the Alps, but especially in southern Lower Austria, rain must be expected locally until the evening. The wind will be light, with early temperatures between minus 3C and plus 5C. The daily high temperature will reach 1C to 8C. 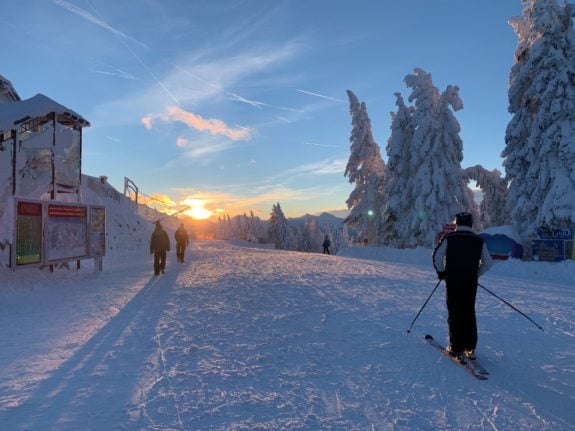