Austrian Christmas traditions: The festive dates you need to know

Catholics celebrate the first Sunday of Advent this weekend, and Austrians are ready for the season with crowns, demon-like creatures lurking, and a winged baby that brings children toys.

The Christmas season is definitely full of events in Austria, a country where 55.2 percent of the population is Roman Catholic, according to Statistik Austria data from 2021. The season starts early, as Christmas markets open by mid-November, and lasts until January 6th, when Austrians traditionally bring down their season decorations.

There are also many specific dates and local traditions that can seem endearing or absolutely terrifying. For example, in early December, a nice man with a white beard brings tangerines and chocolates to good children.

But before he does, his "assistant", a nightmarish creature with horns and carrying around loud chains named Krampus, goes to the houses of children who misbehave.

Christmas markets are open to all from mid (sometimes early) November, and Austrians traditionally flock to the spots for their yearly share of glühwein, punsch and typical food. The cities also light up with Christmas lights and decorations, and the season is one of the best for Austrian tourism, especially in the capital Vienna. You can see HERE a list of all the Viennese Christmas markets in 2022.

Don't want to miss out on any traditions? Here are the dates for the Austrian Christmas season:

The fourth Sunday before Christmas is also known as the first Advent Sunday - it starts the "season of Advent" (or the season of "Arrival") and many Austrian Christmas traditions.

This year, the first Advent Sunday is on November 27th.

Austrians will typically celebrate by baking Christmas biscuits and cookies, putting up some decorations and, most notably, preparing an Advent wreath (Adventkranz) that will hold the four candles of Advent.

Then, every Sunday until Christmas, a new candle will be lit, counting down the time until Christmas. Some families will join in a celebratory meal and might even sing carols (including Silent Night which is actually Austrian). 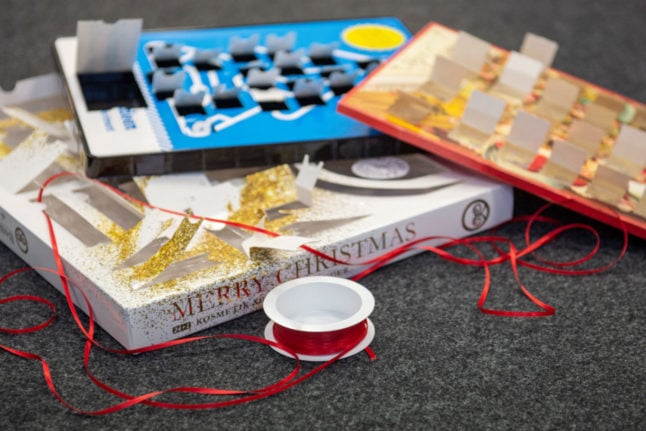 Another way of counting down the days until Christmas is with the traditional Adventskalender - those can start on the first Sunday of Advent. However, the commercial ones are typically from December 1st until December 25th.

There are countless calendars for sale and usually, for each day, the person gets a typical "present" that the person receives. Usually, it's chocolates or sweets (more religious ones will contain a bible verse or a prayer), but nowadays, you can find Adventskalender of almost any theme - including for dogs.

On December 4th, Austrians celebrate St Barbara's Day or Barbaratag. In 2022, the date also falls on an Advent Sunday.

For Barbaratag, some people in Austria will cut small twigs and sticks from cherry trees or forsythias to decorate a vase at home. There is a superstition that if the twig blossoms before Christmas, the family will have good luck or someone will get married. 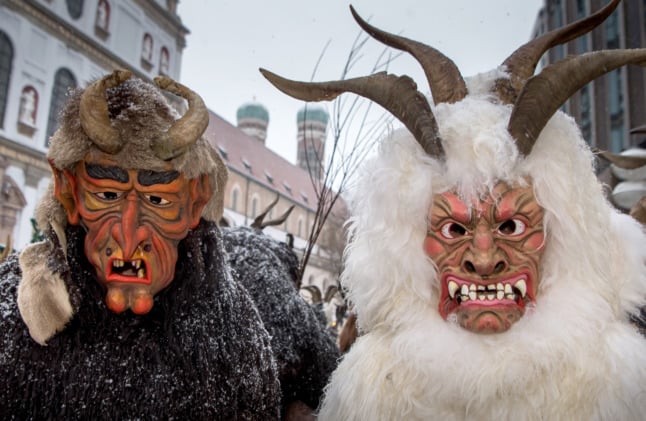 This might be one of the most unusual and surprising traditions (if you have never seen it before, that is). On December 5th, a horned, scary anthropomorphic devil creature visits the homes of Austrians and scares children who weren't good kids during the year. They are also said to scare away the dark spirits of winter and are a very traditional part of local folk customs.

There are many Krampuslaufen (a sort of Krampus parade) in Austria - not all on December 5th. In them, people dress up as the demonic entity with chains and torches.

Krampus is actually a companion to the much more friendly St. Nicholas, an entity that looks quite a lot like Santa Claus.

St. Nicholas comes during the night of the 5th to 6th of December and rewards the well-behaved children with tangerines, sweets and peanuts. This is why your Austrian neighbours might leave their boots outside on that evening - Nikolaus fills them up with gifts and sweets.

He has a long white beard and wears a religious vestment that is white and red, similar to a bishop's vest.

READ ALSO: Posting Christmas presents from Austria? Here’s what you need to know

If you think a lot has happened already, then imagine Christmas Eve. This is when the actual celebrations happen (not on the 25th). The shops will close early, and families will gather to decorate the Christmas tree - yes, it's not uncommon for Austrians to follow this tradition of only decorating the tree on December 24th.

They also meet for Christmas eve dinner, which can vary greatly depending on family traditions and Austrian regions. From raclette to roasted geese or cold meats, much can be served during the evening.

Another thing that might sound strange to foreigners is that there is no Santa Claus or Father Christmas in Austria. Instead, it is the "Christkind" (literally Christ Child, or baby Jesus) who brings the presents on Christmas eve.

READ ALSO: Where to find international food in Austria this Christmas

He looks much like a Cherubin and the children are told that he brings the presents, rings a bell and lights up the Christmas tree.

The whole experience may seem curious to those watching for the first time: kids are lured into a separate room and the adults run to get gifts from the secret hiding places, set up the scene, turn on the tree lights and turn off other lights. Some then ring a small bell and the children are surprised to learn that they barely missed the winged baby who brought all the gifts.

Though the evening before Christmas is the most important, Austrians continue to meet up during the next day and the 26th.

Lunches and dinners are shared with loved ones and there is some more gift exchanging during those days. If they live in the mountains, they might go skiing on Christmas Day and later, as well. 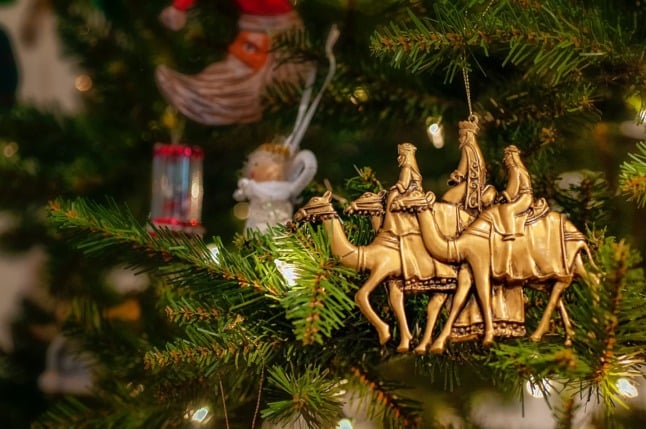 Epiphany is when the three wise men find Jesus in the stable. Photo by Robert Thiemann on Unsplash

Finally, the Christmas tree and the decorations are left until January 6th. In Catholic belief, this is when the three wise kings came to visit baby Jesus with presents.

Kaspar, Melchior and Balthazar might literally visit Austrian homes. They then leave their mark: their initials and the year written in chalk above the house door, the K + M + B sign that is often seen by the doors of people in Austria.

January 6th is also Christmas eve for Orthodox believers and is celebrated by many people in Austria.

Austria is a small but very diverse country with countless traditions, especially during Christmas time. Did we miss your favourite one? Let us know by emailing us at [email protected] or leaving a comment.