Austria's verdant Vorarlberg region is a pioneer in sustainable design, attracting legions of architects and curious visitors who draw inspiration from its breathtaking buildings.

Communities in the westernmost state of the Alpine country have opted for beauty, comfort and a careful use of resources since the 1960s. "Every time I come here, I get a big kick out of it. They're 35 years ahead of us," said Pierre Leroy, deputy mayor of Puy-Saint-Andre and part of a French delegation of architects and officials on a study trip to Vorarlberg.

Vorarlberg's sustainable architecture is often referred to as "Baukultur" and crops up across the region -- from collective housing projects to schools and factories.

There is a preference for local building materials: white pine and earth replace concrete whenever possible.

Architecture in Vorarlberg is defined by its clear, compact and functional design, but it does not cut corners on aesthetics.

As well as architects, the region's carpenters and craftspeople enjoy great international recognition and are in high demand. Economy is a guiding principle of the "Vorarlberg school", which does not shy away from using prefabricated parts to reduce costs -- and prioritises energy efficiency.

A lot of houses in the region are built to "passive house" standards, which denote buildings with minimal energy needs due to perfected insulation, specific ventilation, and the installation of solar panels and heat pumps. 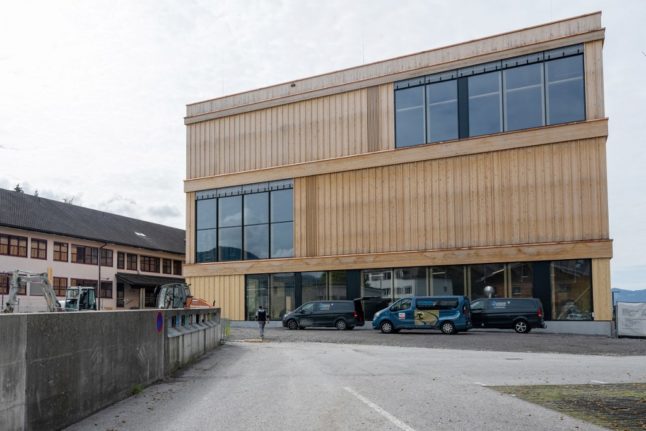 A photo taken on October 10, 2022 shows the construction site for the extension of the polytechnic school in Hittisau, in the western Austrian federal state of Vorarlberg.(Photo by KERSTIN JOENSSON / AFP)

A community house in the village of Krumbach makes use of massive triple glazing, while the local Metzler cheese factory was made entirely out of wood and is almost self-sufficient due to its geothermal and solar heating.

The renovated Zwischenwasser town hall meanwhile has reduced its heating needs by a factor of four.

The Vorarlberg region, with its 400,000 inhabitants and 150 architectural offices, boasts an abundance of wood, hydroelectricity, and a flourishing economy.

The ingenuity of its people plays a big part too -- they have a reputation for being down to earth and proactive.

Residents in Krumbach also welcomed collective housing projects instead of separate houses without resistance. "What I'm most proud of is that people are united by a common sense," said Arnold Hirschbuehl, a former mayor of Krumbach who championed the architecture.

He praised the way people used "resources in the most sustainable way possible, while staying true to themselves."

Unlike neighbouring Germany, Vorarlberg is not traditionally a bastion of the Greens: the majority of people in the westernmost region of Austria vote conservative.

"This is a very conservative and Catholic region. People here are pragmatic: they sit down and do things," said French architect Dominique Gauzin-Mueller, a specialist on Vorarlberg's wooden architecture. "They are ecological because of their moral values and because they care about their children's future," she added.

The state government has supported the ecological movement, with considerable subsidies for housing based on strict criteria since 2001.

These include the quality of indoor air and usage of ecological materials, while prohibiting coal, electric convectors, and PVC in floor coverings.

Some experts wonder whether the successes seen in Vorarlberg can be repeated elsewhere. The regional style has had an enormous influence on wooden architecture in Europe. 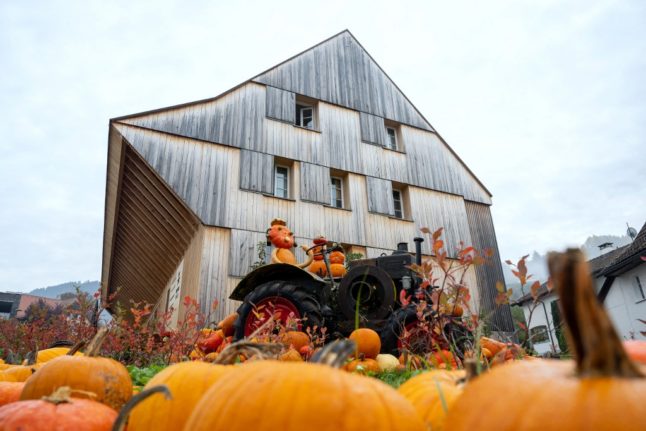 In the green Vorarlberg region, in Austria, at the very west of the country, architects and artisans draw their inspiration from nature and constantly seek to renew their techniques to stay relevant and energy efficient. (Photo by KERSTIN JOENSSON / AFP)

Most architects working with wood in France today have visited Vorarlberg for inspiration.

Leroy, who is on his third trip to the region, said: "It's about working together. If we do not cooperate amid the climate crisis, we will fail".

But there are those who see flaws in the model.

Architect Clemens Quirin believes the economic boom in the largely agricultural state has driven up land prices in the lowlands to the extent that creativity and ecology have taken a back seat.

Quirin, the curator of the Vorarlberg Institute of Architecture in Dornbirn, said standards for housing have been relaxed in recent years.

READ MORE: Where to find property in Austria for under €100k

"Public buildings are still of high quality, but housing projects have been poor for the past 10 years: demand is so high that developers can sell anything."

But Europe's current energy crisis might help reverse that trend by putting ecology back at the centre of those projects, Quirin said.