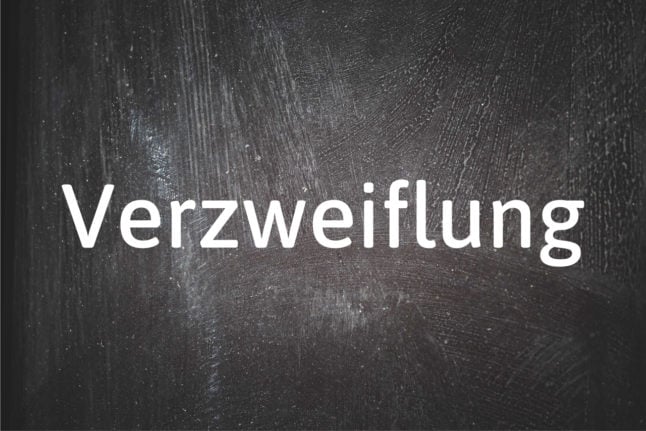 Why do I need to know Verzweiflung?

Because this powerful and versatile word can be used to describe a range of strong emotions – and it also tells you something about how the German language functions. If that’s not enough, it may also help you remember another useful German word that comes up on occasion.

Die Verzweiflung (pronounced like this) means despair, desperation or exasperation. It can be used anytime you’re at the end of your tether: for example, if you’re in despair at the political situation in your country, or you’re faced with a seemingly unsolvable issue. On a slightly less extreme note, it’s occasionally used to describe a general feeling of frustration, but more often it denotes a strong emotion like distress or hopelessness.

As in English, you not only have (or feel) desperation, but can also do something out of desperation (aus Verzweiflung). If you really work at it, you may be able to invoke this emotion in someone else. If this happens, it’s described as bringing someone to desperation (zur Verzweiflung bringen), which basically means to exasperate someone.

As you might imagine, the noun Verzweiflung can also be turned into an adjective to describe how you feel. If you’re verzweifelt, it means you’re desperate or in despair.

If you look closely at the noun Verzweiflung or the adjective verzweifeln, you may be able to spot a familiar word in there. That’s right: verzweifeln is basically a combination of the “ver-” prefix and zweifeln, which means “to doubt”.

When you see “ver-” at the start of a German word, there are a few different ways it can impact its meaning. In some cases, it indicates a negation or giving something away, as in the verb verkaufen, which means to sell. In other cases, like verbessern (to improve), it indicates a change in state. In the worst-case scenario, it indicates something going wrong, like verlaufen, which changes laufen (to walk) to getting lost or losing your way.

Verzweiflung could be interpreted as an instance of the last meaning. Though doubts and uncertainty are perfectly normal, dealing with them the wrong way can drive you to despair.

My therapist helped me overcome my despair.

His constant questions drove me to exasperation. 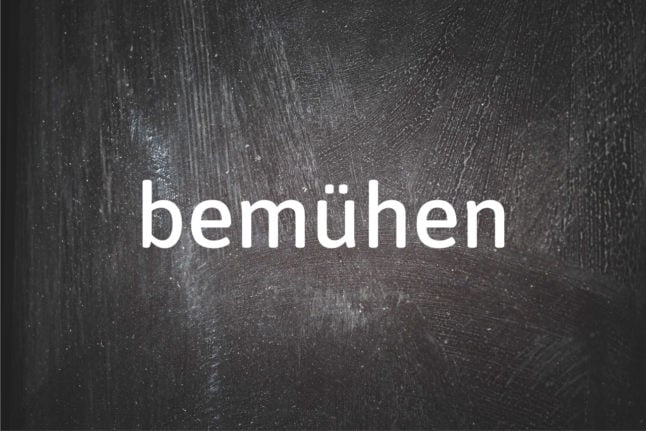 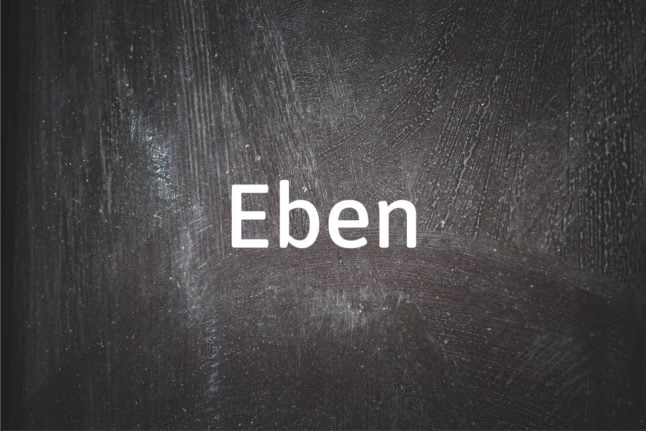