EXPLAINED: What are the rules around gambling in Austria?

Gambling in Austria is highly regulated so here's what you need to know about it.

Is gambling legal in Austria?

The government has a monopoly on games of chance ("Glücksspiel", in German), meaning that only state-run institutions and companies can run them. So, for example, every casino you go to, or lottery you take part in, is state-run - or illegal. The law is not new, but it has only recently been implemented after fierce opposition from casinos that used to operate in the country.

The monopoly was instituted to "counteract gambling addiction, protect consumers and prevent unlawfulness and crime", according to the Finance Ministry.

Two state-led companies control the majority of gambling activities in Austria: “Österreichische Lotterien GmbH”, which is licensed to offer lottery scratch cards, and online lotteries, among others, and the “Casinos Austria AG”, which operates twelve casinos in Austria and offers various table games, including poker, and slots.

A notable exception from the gambling monopoly is "traditional sports betting services", which is why it's possible to find sports betting houses on almost every corner of the country.

Other exceptions include "certain betting activities, games of chance with low stakes and games of skill", which are then regulated by the federal states and have different regional laws.

Online gambling also falls in the legislation, so players in Austria can only gamble on state-owned sites or sites with a proper concession, such as win2day. However, online sports betting is permitted for foreign bookmakers. 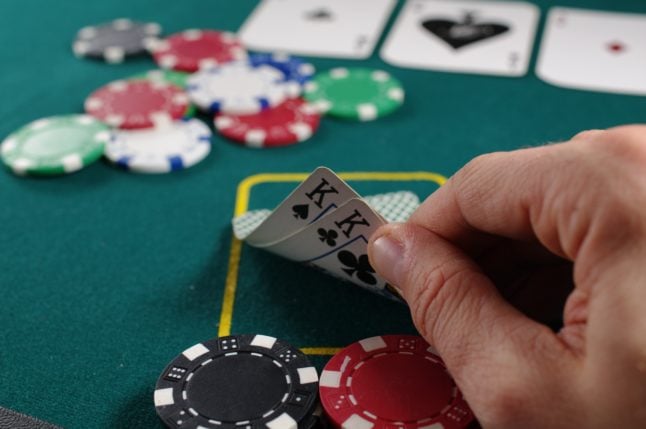 A noteworthy fact is that Austria does not tax profits, including (legal) gambling winnings, unless gambling is your primary source of income. This means that if you are a professional poker player, your earnings will be taxed, but if you went to an official casino and won, that cash goes clean to your pocket.

READ ALSO: Austria’s 2023 budget: Where is the money going and how will it affect you?

What about a poker night with my friends?

Poker is one of the games with a state monopoly in Austria. However, the complicated rules differentiate between the "small" and "big" games. Generally speaking, a small game has low stakes and no final prize awarding. A competition with higher winnings and stakes would be a big game - only allowed in the official casinos or as part of a special license event.

Following that logic, it's improbable that your poker night with friends will fall into the illegal category. However, if your friend tells you of a "game" he knows at the back of a bar with several people who barely know each other, a professional dealer, and very high stakes and earnings… those are all signs that you might be going to an illegal game.

READ ALSO: 29 ways to save money in Austria (but still have fun)

In April 2022, for example, an anonymous caller tipped the police to one of such games. In a holiday rental apartment in Vienna, 18 people met to play. There were two large poker tables, around €15,000 in cash, and plenty of coffee and drinks for the guests.

The group denied it was illegal gambling. Instead, they alleged they "only played at a party" and that "it wasn't about money". However, the circumstances made that rather "unbelievable", the police said at the time.

Those violating the gambling act face high fines and even prison, depending on their participation in the crime - from player to organiser, for instance.