Property buying rules for foreigners in Tyrol and Vorarlberg

While many countries have a north-south divide, Austria is often split between east and west, and it’s no different when it comes to property.

The west of Austria is home to the Alps and many famous ski resorts, making it a highly sought-after place to buy property – for both Austrians and foreigners.

But the popularity of this part of the country has led to skyrocketing prices and strict rules on who can and can’t buy property.

Thinking of investing in a home in Tyrol or Vorarlberg? Here’s what you need to know.

READ ALSO: EXPLAINED: The rules for buying property in Graz as a foreigner

Who is a foreigner in Austria?

Foreign nationals are defined by the Austrian Federal Government as people that do not have Austrian citizenship.

But when it comes to buying property, there are varying rules for different foreigners. This mostly depends on whether someone is from an EU country or not (rather than whether they have an Austrian passport).

Property buying rules for EU and EEA citizens in Austria

It can be easy for citizens from EU and EEA countries and Switzerland to buy property as a foreigner in Austria.

So this means whether you are an EU citizen already living in Tyrol or Vorarlberg as a resident, or you simply want to purchase an investment property in the Alps, then it is possible.

Brits with an Article 50 card

For people with an Article 50 Card – a post-Brexit residency permit that grants Brits living in Austria before December 31st 2020 pre-Brexit rights – they are still treated the same as those from EU member states.

But for any British people that have moved to Austria in post-Brexit times, they will be considered as third country nationals and subject to the rules detailed below.

In Austria, the term ‘third country nationals’ refers to anyone who is not from an EU member state, an EEA (European Economic Area) country (Iceland, Liechtenstein and Norway) or Switzerland.

For this group, it is usually more difficult to buy property in Austria – even for permanent residents – due to strict rules.

In principle, any permanent residents from a third country in Austria have to go through an authorisation process to gain a special permit that will allow them to buy property.

The reason for the permit is to ensure there is sufficient housing available for Austrian citizens and to avoid surging property and land prices from interest by non-EU buyers.

But the rules for foreigners buying property in Austria are regulated by the Foreign Nationals’ Property Acquisition Act of each province, which is why they can vary across Austria.

READ MORE: Where to find property in Austria for under €100k

What is different in Tyrol and Vorarlberg?

In Tyrol and Vorarlberg, only EU, EEA and Swiss nationals are allowed to buy property as a foreigner. British people with an Article 50 card are also included in this group.

This means third country nationals are not allowed to purchase property in these states. 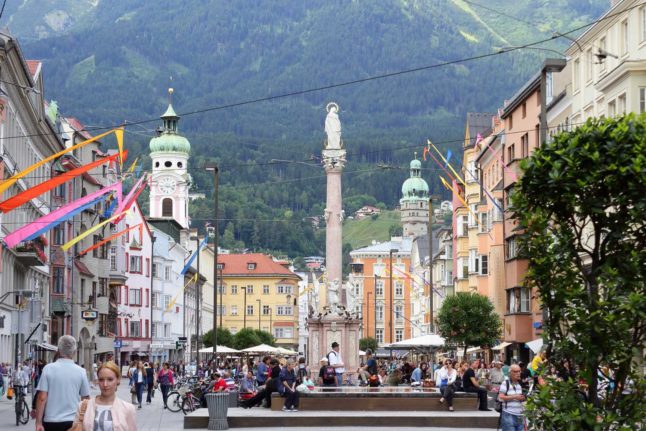 Innsbruck, one of Austria's most beautiful - and expensive - cities. Photo: Photo: Wikicommons

Why are the rules different in the west of Austria?

In a bid to reign in the property markets in Tyrol and Vorarlberg, governments have introduced measures such as caps on the number of holiday homes in certain districts. Third country nationals are also prohibited from buying property.

However, this has led to some international residents being pushed out of the market, like a Serbian couple who were denied a permit to buy a house in Tyrol in 2021, despite living and working in the province for 20 years.

In Vorarlberg, there are also special laws in place to restrict where holiday apartments can and can’t be built to protect the local housing stock.

Likewise, a property in Vorarlberg can only be used as a holiday home within specially designated zones – a rule that applies to Austrian citizens and foreigners.

While the west of Austria has strict rules when it comes to foreigners buying property, it is the opposite in some places in the east.

For example, in Vienna, the key difference is that if a married couple is buying property and one spouse is an Austrian citizen, they do not have to go through the authorisation process to get a special permit.

But for couples in Vienna where both partners are international residents, or non-EU individuals, the authorisation process still applies.

And in Graz, there is no requirement for foreigners to gain the special permit to buy property. This means, as long as someone is a permanent resident in Graz (and they have the funds), they can buy property – no matter where they are from.