'Brutal': What it's really like to learn German in Austria

Anyone that has tried to learn German in Austria will say it’s a challenge. But why is that? And what can international residents do to make the process easier?

Learning a new language anywhere is hard, but learning German in dialect-speaking Austria can seem impossible at times.

To find out more about why learning the language is such an issue in Austria - and to provide some useful tips - we asked readers of The Local to share their experiences in a recent survey.

READ MORE: Eight ways to talk about the heat like a true Austrian

Most foreigners only have elementary level German

To start with, we asked readers about their language skills to get an overview of their proficiency.

The most common German language level of the respondents was elementary, or A2, with 29 percent saying this was their skill level.

This was closely followed by intermediate (B1) at 28 percent. But only 11 percent said their language level was advanced at C1, and just three percent said they speak German at level C2. 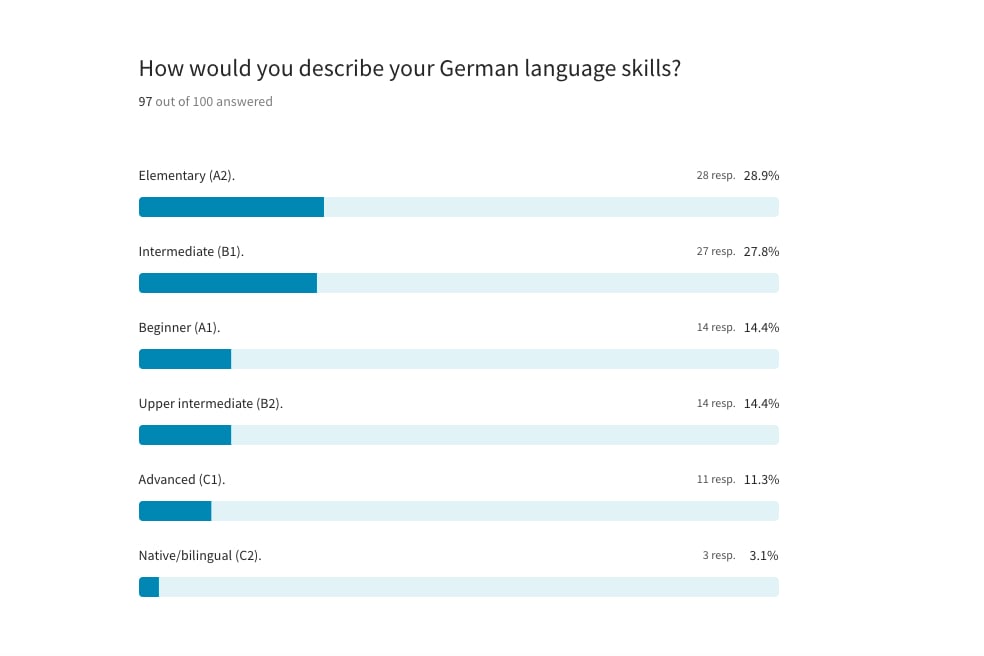 The results of The Local's survey about learning German in Austria.

Additionally, 60 percent of those surveyed said they didn’t have any German language skills before moving to Austria. This can make the learning process harder when locals tend to speak a dialect, but German classes are in Hochdeutsch (High German).

But the process of learning a new language can’t be fully explained in statistics, so here's what the respondents really had to say about the experience in Austria.

FOR MEMBERS: ‘I’ll probably return to the UK’: Moving to Austria as a Brit post-Brexit

A common response when asked to describe the process of learning German in Austria was “difficult”. Jonnie in Vienna simply said “brutal” and another described it as “shocking”.

Louise in Tyrol even went as far as to say the experience was “shameful and traumatic”.

Lisa Wolfinger in Linz, Upper Austria, provided a bit more context and said: “I’ve gone to classes at a local school which were helpful but hard to understand since every word is spoken in German.”

Paul in Vienna described learning German as: “Like someone handing you a violin with the expectation you will play with the symphony in three years.”

Whereas Cat in Salzburg summed up the slow process of learning German in Austria with: “You think you’re making progress in a class but one simple exchange in public makes me realise I don’t understand Austrian!”

And Asem, who has lived in Austria for 15 years, simply said “die trying” when asked to provide tips on how to learn German.

'Austrian is fun to learn'

It’s not all doom and gloom though, and some respondents said the varying Austrian dialects actually make it easier to learn the language.

Tanita in Vienna said: “The German grammar rules you bend over backwards trying to learn are practically non-existent in dialect. I haven't stressed about the whereabouts of the Dativ and Akkusativ tenses.

“I’m sure as I go along further I will learn Austrian grammar, but I just don’t feel the pressure like with Hochdeutsch. Austrian is so fun to learn.”

But for those living elsewhere in Austria, Tanita added: “Learn dialect outside of Wien. Viennese is basically a Hochdeutsch too. Salzburg or Graz have the middle-Bayerische dialects.”

Sian Staudinger, in Lower Austria, said although learning the language is “quite difficult”, she has "patient" work colleagues that help her with the local dialect.

She said: “Keep learning Hochdeutsch and you will eventually start picking up dialect and new words.”

Likewise, Ardee in Vienna said: “Immerse yourself by listening as much as possible to the locals when they speak and if you have a TV at home just let it run in the background so you get the sound of the language.”

Similarly, Andrew in Vienna advised: “As challenging and frustrating as it can be, maintain focus on learning proper Hochdeutsch to establish the foundation, and then assimilate dialect idiosyncrasies. Find groups that foster a supportive environment to practice, such as Internations.”

Amelia, in Mondsee, Upper Austria, also advised others to embrace the local dialect and said: “There are set phrases that they use a lot in dialect. When you know these it is easier to sound like a local and understand the locals.” 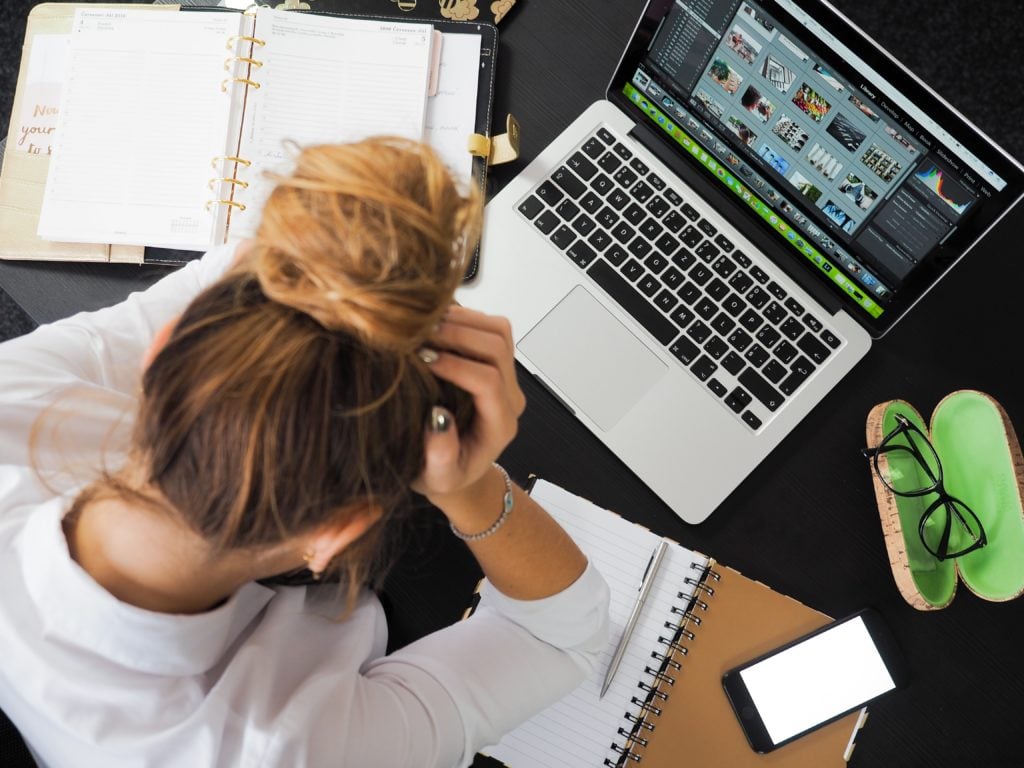 Learning German in Austria is a stressful experience for some. Photo by energepic.com / Pexels.

English as a safety net

For some international residents surveyed by The Local, the solution to the issue of learning German in Austria was to mostly speak English.

One respondent in Graz said: “All courses are taught in high German but then in daily life everyone is speaking dialect. It gets very difficult to understand and reply with security in German, so I just prefer to use English.”

But others warned against using English as a safety net, which often just prolongs the learning process.

Terence in Vorarlberg said he now only speaks English “on the phone” after ten years in Austria, adding that “immersion is the only way” to get to grips with the language.

Several respondents said finding the right teacher or course was a key part of successfully learning German in Austria.

This is an approach advocated by Vienna-based German teacher Sarah Maria Malik who told The Local: "Finding the right German teacher is crucial and important because we spend around several hours together each week.

"Ask yourself, do you want to spend so many hours a week with your teacher or group? Always observe your emotions and feelings when studying German, personal reflection is very important."

READ MORE: MAP: Who are the foreigners in Austria?

Sarah also said it’s crucial to identify the reasons for wanting to learn a language before diving in.

She said: “The important question when learning German is, what is my personal reality? It’s very individual, so find that out first.

“Once you know your most important goal or motivation, you should then find the best course. Some people like group courses because they want to get to know others, or they want a social environment.

“But for others, time is precious, and they need to learn fast, so they take private lessons instead.”

Sarah also said fear is a big barrier for people learning German in Austria, which is something she aims to break down with her students through coaching and counselling.

She said: “The thought that it is too difficult to learn can be hard to overcome, but it can be a fun challenge and not a negative challenge. If you change your mindset and get a different attitude, then learning German starts to become fun.”