There are specific rules for foreigners that want to buy property in Vienna. Photo by Arno Senoner on Unsplash

The Austrian heat wave shows no signs of easing after yesterday was the hottest day of the year, with 37.7C reached in Seibersdorf, Lower Austria, according to the forecast by the meteorologic institute ZAMG.

The weekend will still be above-average hot, the forecast shows. On Friday, sunny weather prevails, especially above the mountains and hills, but the afternoon could bring rain and thunderstorms in Tyrol and Styria.

Temperatures rise during the day to a maximum of between 28C and 36C.

In Vienna, maximum temperatures for the day are around 35C, with sunny and cloudless weather.

Some thunderstorms are still possible at night on the southern side of the Alps, but they will subside quickly, ZAMG says. During the morning hours, there is likely rain also in the Salzkammergut region. Everywhere else, the night is dry, with temperatures in the low 15C to 24C.

Hot and unstable weather during the weekend

People can expect rain and thunderstorms on Saturday in most of Austria, but temperatures will still be high, with maximums ranging from 26C to 35C.

The hottest areas will be the far east and southwest, including Vienna.

The weather will calm down on Sunday, and the day will be mostly sunny and dry in Austria. However, some rain showers are possible in Bergland and southern Burgenland regions. Early temperatures in the morning are between 14C and 22C, and the daily maximum values are between 27C and 33C.

In Vienna, the minimum is expected to be 21C, while temperatures can go as high as 32C.

Austria will once again receive a subtropical southwest current which will result in temperatures rising again at low altitudes. The maximum will be well above 30C throughout, ZAMG forecasts.

On Monday, the minimum temperature is expected to be around 22C, while the maximum should be around 35C in Vienna. In the west, there is a tendency for thunderstorms, especially in Salzkammergut and Upper Carinthia regions.

READ ALSO: Heatwave in Austria: What to do as temperatures hit near 40C

On Tuesday, rain showers and thunderstorms dominate the first half of the day, but the weather should calm down slowly in the afternoon when the sun comes out more often.

Temperatures will be between 17C to 25C in the morning and 22C to 28C in the afternoon. In Vienna, they should stay between 21C and 26C. 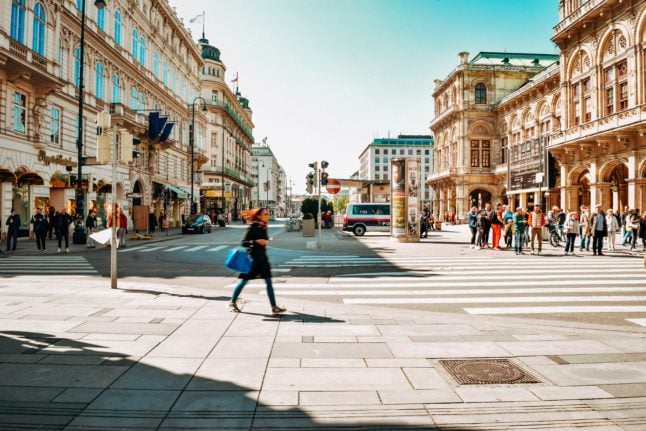