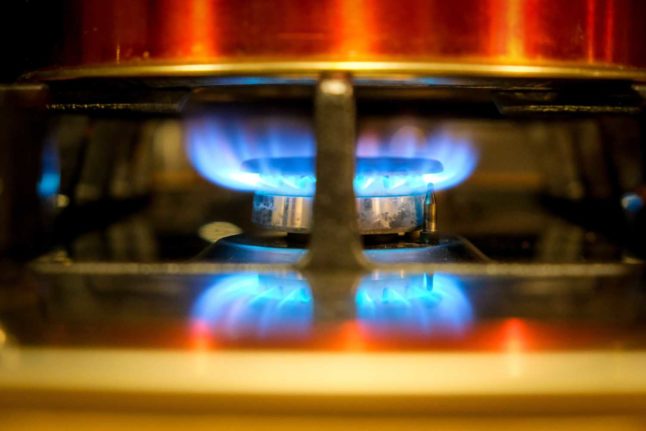 What could happen if we enter winter in Austria with a limited supply of gas? The Austrian Association of Cities is currently discussing contingency plans. Photo by Magda Ehlers on Pexels.

As Europe anxiously awaits the restart (or not) or the Nord Stream 1 pipeline from Russia to Germany, regional government officials in Austria are busy preparing contingency plans in case gas supplies come to an end.

Before the planned maintenance work started on Nord Stream 1 on July 11th, gas supplies from Russia had already been cut to several European countries, including Bulgaria, Finland and Poland.

Supplies to Austria had also dwindled to around 40 percent of the agreed amount at a time when storage facilities need to be restocked ahead of the next autumn and winter season.

And on Monday (July 18th), Gazprom notified German gas suppliers Uniper and RWE that it could no longer guarantee supplies via Nord Stream 1 due to “force majeure”, as reported by Reuters.

At the time of writing, there were no reports that Austria’s energy company OMV could also be impacted by further disruptions. On Tuesday, a representative from OMV told APA they expected Austria’s gas supply to resume after the maintenance work was completed.

But what will happen if we do enter winter with a shortage of gas? This is exactly what the Österreichischer Städtebund (Austrian Association of Cities) is currently discussing.

Here’s what you need to know about the plans and possibilities that are on the table.

According to a report by Der Standard about the Association of Cities meetings, schools that are heated with gas could face a challenging time this winter.

One possibility to reduce energy consumption and keep schools going is to only heat half of a building and to teach pupils in a large area, like the school gym. Digital technology could facilitate this.

Distance learning is also on the table, although a representative from the Association of Cities told Der Standard that home schooling – as seen in Covid-19 lockdowns – is not being planned and is unlikely to return.

To save energy without causing too much disruption, an idea has been floated to only use every second street light instead of all street lights. This would effectively cut energy consumption by 50 percent.

But Der Standard reports that this could raise legal questions, such as who is liable in the event of an accident.

When it comes to lowering energy consumption from other essential facilities, Josef Leitner (SPÖ), Mayor of the Lower Austrian municipality of Wieselburg, said: “The room for manoeuvre is relatively modest.”

Indoor swimming pools use energy to keep the water heated and operators are likely to quickly face restrictions if gas supplies have to be rationed. Possible measures could lead to reduced operating times and cooler water temperatures.

There could also be restrictions on gas usage for outdoor swimming pools, even before the end of the summer season – a move that is already being enforced in some parts of Germany.

FOR MEMBERS: ‘No country is an island’: Is it time Austria abandoned neutrality?

As with swimming pools, non-essential buildings (including places like youth centres) will probably face restrictions to the gas supply if emergency measures are brought in.

This would allow gas to be diverted to essential services and facilities.

Turning off the hot water supply in public buildings is another suggestion, with questions raised over the necessity for hot water for washing hands.

As well as contingency plans being made on a national level, some regional leaders are already making preparations on a local level, with varying degrees of urgency across the country.

The municipality of Wieselburg in Lower Austria has purchased generators for waterworks and sewage treatment facilities, as an emergency measure.

In St Pölten, two thirds of district heating is already fuelled by heat from a waste incineration plant. Mayor Matthias Stadler (SPÖ) says this can be increased to 80 percent if needed.

And in the district of Rankweil in Vorarlberg, all municipal buildings are already heated with biomass energy, reducing the region’s dependence on gas.

As the war in Ukraine continues and energy prices skyrocket, Austria could be in for a tough winter.

To offset some of the impacts, the City of Vienna is now preparing for the cold season and rolling out a series of energy saving measures.

The aim is to reduce energy consumption in the Austrian capital by 15 percent by the end of March 2023, which is in line with the target set by the European Commission earlier this year.

FOR MEMBERS: UPDATED: How reliant is Austria on Russia for energy?

Mayor Michael Ludwig said: “Cooperation in Vienna is the most important basis for getting through difficult times well and safely.

“We proved that during the pandemic and we will prove that now. Our motto is: stick together so that everyone stays warm.”

Here are the main elements of the plan.

The Wiener Eistraum ice skating rink on Rathausplatz is scheduled to run from January to March 2023. But, according to the Wiener Zeitung, there is uncertainty over whether it can take place at all this winter.

The structure on Vienna’s town hall square is a popular winter attraction in the city. It attracts both locals and tourists with pretty lighting and pre-heated ice skates for hire. But it also requires a lot of energy to operate.

As a result, there is a possibility that the Wiener Eistraum could be cancelled or scaled back, although a final decision hasn’t been made yet.

The Wiener Zeitung reports that Vienna’s Christmas market in front of the Rathausplatz is currently not at risk of being cancelled – at least not under the current plans.

The Rathausplatz is the city’s biggest Christmas market and is scheduled to open on November 19th, which is one week later than in 2021.

The City of Vienna said the conversion to LED street lighting is continuing across the capital. So far, around half of the city’s 153,000 street lamps have been replaced with LED bulbs.

The use of street lighting in Vienna has also changed. From 10pm, lighting in low-traffic areas is reduced to 75 percent, and then to 50 percent after midnight.

The LED street lighting project is expected to reduce energy consumption by 60 percent and is part of the city’s long-term energy saving plans.

Energy saving measures are also being rolled out across administrative buildings, at public pools and educational buildings in Vienna.

The Town Hall claims that around 193,000 MWh (or €14.7 million) has already been saved at 42 government buildings, including at kindergartens and schools.

Additionally, the Liselotte-Hansen-Schmidt campuses in Donaustadt, Liesing and Penzing are heated and cooled with geothermal energy. They are also fitted with large photovoltaic systems.

Investment in the energy network

Between 2022 and 2026, Wiener Stadtwerke Group will invest around €6.2 billion to improve Vienna’s energy infrastructure, with €5.7 billion earmarked for “climate-friendly investments”.

Wien Energie is investing €1.2 billion into the conversion of the energy system by 2026 and around €400 million is reserved for the expansion of renewable electricity production.

Peter Hanke, City Councillor for Economic Affairs, said: “In addition to the city’s goal of being climate-neutral by 2040, the security of supply for the Viennese is particularly important to me.

“By 2030, we will invest around €3 billion in the network security of the federal capital Vienna via Wiener Netze.

“Such a stable power grid makes the integration of renewable energies possible because 90 percent of the energy transition takes place in the distribution grid.”