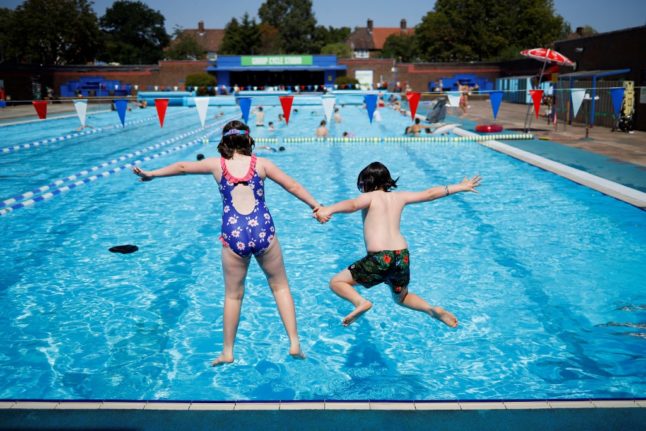 Statistics Austria say the inflation rate in March was 6.8 percent in Austria, hitting levels not seen since November 1981.

There has been a  sharp rise in prices for fuel and household energy, and also for food. However, inflation will affect different households depending on car and energy use. Statistics Austria has released an inflation calculator which allows you to calculate how much you are affected personally.

The price level for petrol and diesel was more than 50 percent higher than in March 2021, fuel cost over two euros per litre for the first time, and the costs of household energy rose by 33.5 percent. On average, heating oil cost more than twice as much as a year earlier, the prices for natural gas and electricity rose by 71.9 and 16.5 percent.

Call to reduce VAT on everyday goods from Union boss

The President of the Austrian Federation of Trade Unions Wolfgang Katzian has called for the government to reduce VAT on everyday goods or to suspend it for a certain period of time, saying it would bring “quick relief”.

He said firms which had invested in Ukraine, for example to manufacture cable harnesses for the car industry in Austria, should not be compensated for losses due to the outbreak of war. He told Der Standard newspaper: “It’s not possible to privatise profits and socialise losses.” He also warned of mass unemployment if Russian gas stopped flowing to Austria.

A Wiener Neustadt maypole almost fell on a number of diners enjoying an outside meal in the main square. The Krone newspaper reports the foundations gave way and the maypole was leaning at a dangerous angle. The Schanigarten customers had to be brought to safety by emergency crews.

Several maypoles fell down or came close to it over the weekend. In the Baden district, the trees were cut down. In Pottendorf, strangers sawed down a maypole at a roundabout and stole decorative figures, in Deutsch-Brodersdorf the tree in front of the fire station was cut down. In both cases, the trees were left on the road.

Stealing a maypole is a cherished tradition in many parts of Austria and Germany. However, Pottendorf’s mayor  Thomas Sabbata-Valteiner (SPÖ) was wants to press charges against those responsible, saying it could have caused a car accident.

In both North and South Tyrol, discussions are underway about how many visitors the region can continue to tolerate. The South Tyrolean state government wants to introduce an upper bed limit, with bed numbers frozen at 2019 levels despite criticism from the Hoteliers and Innkeepers Association (HGV) and the Association of Municipalities. However, at present an upper limit on overnight stays is not possible in the entire state of Tyrol.

South Tyrol is one of the densest tourism regions in the Alps, according to broadcaster ORF. In 2019, 33 million overnight stays were registered. Around 530,000 people live in the state. Around eleven percent of the added value in South Tyrol can be traced back to tourism.

Campsites and beds that are rented out via booking platforms such as Airbnb have not yet been included in the statistics.

Vienna’s 17 outdoor swimming pools opened on Monday morning, without Covid-19 restrictions. There will be no distance rules or visitor restrictions this year, although it will still be possible to buy tickets online and view the traffic light on the website which shows how busy the pool is. Admission prices will be the same as in 2020.

Later in May, subsidised swimming lessons will be released for children who attended Grade 3 of elementary school in the past three years. They will cost 25 euros per child. These children will also be given six free sessions at  indoor and outdoor pools from the beginning of July to the end of September 2022 with an accompanying adult. You can find out more here.

Austria has one of the highest tax rates on earned income internationally, with contribution rates of almost 40 percent of the gross salary, shared between employers and employees. These costs hinder the creation of new jobs, according to the economists of the OECD and the Economic Research Institute (Wifo), and dampen purchasing power, Der Standard newspaper reports.

The paper notes more than half of the contributions go towards the state pension which is one of the best in the world and combats poverty in old age more effectively than in Germany, for example. At just under eight percent, the second largest chunk is health insurance contributions. According to the newspaper there is no appetite to reduce contributions in this area due to the rising costs of medicine and an ageing society.

Innsbruck most expensive place to rent

A comparison of rental prices across Austria has found that Tyrol’s capital, Innsbruck, is the most expensive place to rent a property, with Salzburg in second place. Vienna comes seventh in the comparison by the Krone newspaper. Innsbruck residents pay EUR 4.60 more per square metre than the Viennese. Nine of the ten most expensive districts are in Tyrol, Salzburg and Vorarlberg.

Among the best value of the 78 districts surveyed, three are in Styria.

READ MORE: How to find a rental flat when you arrive in Austria

Werner Kogler (Greens) has joined the voices of the opposition SPÖ party, the Chamber of Labor and trade unions in calling for taxation of “excess profits” made by energy companies. However, the OVP party, which governs Austria in coalition with the Greens, has distanced itself from this idea. The  Federation of Austrian Industries (IV-Vienna)chief Christian C. Pochtler described the plan as a “midsummer night’s dream” and “populist activism”, according to Der Standard newspaper.

Proportion of women in board positions at almost 30 percent

Only 29 percent of the companies in the Vienna Stock Exchange Index (WBI) have at least one woman on the executive board according to the “Mixed Leadership Barometer” survey  by the consulting firm EY. Overall, however, the proportion of women in boardrooms have increased in Austria. A total of 17 women sit on the boards of WBI companies, one more than at the beginning of the year. Five women currently work as CFO and four as CEO. Two women each work as Chief Operating Officer or Chief Customer Officer.

The real estate industry has the highest proportion of female board members at 20 percent. In second place is the consumer goods sector with a share of 19 percent. In industry, the proportion of women on the board is 9.5 percent, according to broadcaster ORF.

The Upper Austrian police have been creating headlines after arresting ÖFB legend Hans Krankl following a Bundesliga match between LASK and Rapid on Sunday evening. The 69-year-old TV commentator is said to have disobeyed police instructions. According to the report, the local police wanted to ensure a coordinated departure of the thousands of football fans when the incident occurred. “The driver did not follow the clearly given stop signal and drove towards a police officer. He only stopped his vehicle when there had already been slight physical contact between the officer and the bumper of the car,” says the official police report.

Krankl was not mentioned by name in the police report, but he confirmed the incident to the Krone newspaper. However, he said he denies the allegations, adding the road was clear and there was no reason to stop him. He told the Krone  that he was a friend of the police.