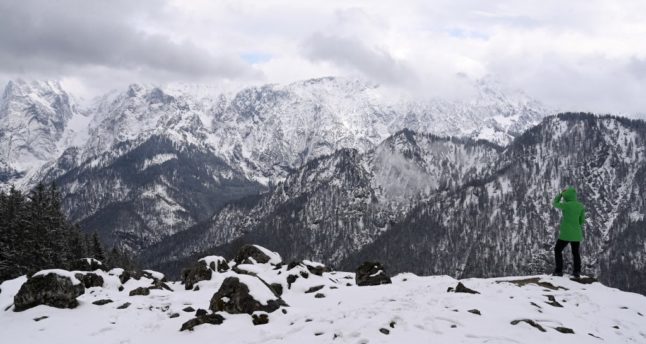 Inflation in Austria reaches heights not seen since the 1980s

Inflation in Austria has risen to a 40-year high of 6.8 percent, leading to opposition parties in Austria to call for more to be done to help people struggling with fuel costs and household bills. The SPÖ, FPÖ and NEOS parties have all called for further relief for the population.

Broadcaster ORF reports that in March, fuel prices rose by more than half (up 50.7 percent) compared to the previous year. Diesel rose by 55 percent and premium petrol by 45.3 percent. Housing, water and energy cost an average of 9.7 percent more.

According to a recent survey by the opinion research institute Ipsos, nine out of ten people in Austria are already feeling the effects of inflation in their daily lives, especially when shopping and filling up their cars. More than half of the 500 people surveyed plan to cut back on non-essential purchases in the near future.

Inflation is likely to remain high in the coming months. According to a forecast by the Economic Research Institute (WIFO), consumer prices  could rise by up to seven percent this year due to the hike in energy prices.

In Vienna around 1,350 refugees are living in private homes

While more than a thousand Ukrainian refugees have been placed in private homes belonging to people in Vienna, according to the charity Diakonie.

Maria Katharina Moser, director of Diakonie, told the Wien Heute (Vienna Today) programme, that there were still  800 displaced people looking for an apartment in the city, some with complex needs such as a family member with a disability.

READ MORE: How Austria and Austrians are helping Ukrainian refugees

Should compulsory vaccination just be for health workers and at risk groups?

The head of Austria’s Bioethics Commission, Christiane Druml, wants to re-think the county’s compulsory vaccination policy. In an interview in the Kurier newspaper, Druml has advised the compulsory vaccination should apply to groups such as health professionals, people over 60 and high-risk patients of all ages.

Austria has donated a total of 5,428,020 doses of Covid-19 vaccines. The largest recipient was Bangladesh, which received just over 1.25 million doses of AstraZeneca in two tranches. One million went to Iran, and 345,000 to Ghana, broadcaster ORF reports.

Anger as many miss out on cheap holiday childcare

Thousands of parents have been left frustrated after trying to register for the city of Vienna’s summer holiday camps. The Ferien in Wien summer camp website continuously crashed when parents tried to register their children, phone calls went unanswered and payment for the places was impossible.

Mario Rieder, managing director of the company “Bildung im Zentrum” said he took responsibility and apologised for the failings, broadcaster ORF reports. Parents are calling for a return to analogue registration in view of the IT problems they have experienced.

Vienna’s Deputy Mayor Christoph Wiederkehr (NEOS) said in a written statement that the city had managed to increase the number of childcare places from 20,000 to 24,000, which meant around  10% of Viennese school children could take part in the Summer City Camps. He said it was not possible for the city to bridge the holidays for all children.

The camps, which are run by the City of Vienna, cost just 50 euros per child per week, dropping to 25 euros for siblings.