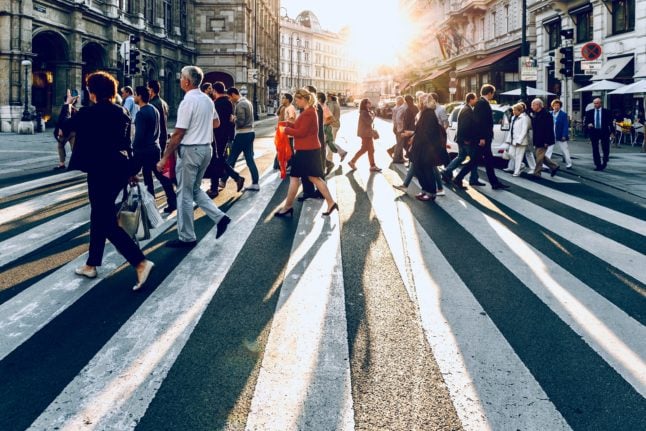 Austria's population has hit the nine million mark for the first time. (Photo by Jacek Dylag on Unsplash).

Austria is getting ready for fewer restrictions

On Thursday 14th April, the federal government and later on the same day, the Viennese representative announced several relaxations in the country, as Covid-19 cases dropped.

Vienna is following similar relaxation measures and also from Saturday 16th April, will drop its mask mandate and its 2G rules.

From then on, people will no longer need to present proof that they have either been vaccinated against Covid-19 or have recovered from the disease to enter places such as sports facilities and bars and restaurants.

Calls for more easing of restrictions

Even as the government announced fewer restrictions, some sectors demanded further reopening steps.

Trade unionists representing workers in the food trade have argued that dropping the mask requirement in other stores but not in supermarkets is “incomprehensible”.

“If you have to wear this mask eight hours a day and have to tidy up shelves and sometimes do heavy work, then it is no longer understandable why it is not mandatory in a clothing store, but it is in food markets”, Wolfgang Gerstmayer, Managing Director of the GPA, told ORF.

READ ALSO: Austria to keep masks only in ‘essential places’ from April 17th

Meanwhile, Covid case numbers continue to drop in Austria, according to the Health Ministry figures. On Thursday 14th April, 10,483 new cases of coronavirus infections were reported (there were 178,374 PCR tests taken).

Currently, 2,206 people are in hospital due to Covid-19, 131 fewer than the previous day, and 187 are in intensive care units with the virus. Since the beginning of the pandemic, 16,359 people have died from Covid-19.

Austria currently has only 68.7% of its population fully immunised and have a valid green pass.

READ ALSO: Why are the numbers of fully-vaccinated people going down in Austria?