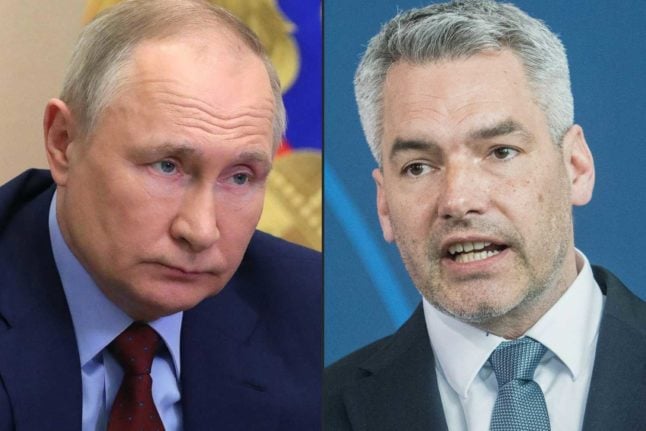 The Russian media has told a different story after Wednesday’s meeting between Austrian Chancellor Karl Nehammer and Russian President Vladimir Putin, saying the Austrian leader came to Moscow to “blackmail” Russia and was only concerned with Austria’s economic interests.

An article in Russian news outlet Pravda wrote “According to observers in the Russian capital, Karl Nehammer did not come to Russia to become a peacemaker”.

“Karl Nehammer openly tried to blackmail the Russian president by saying he would confirm to the world media that the Russians were butchers.”

Nehammer was “not at all concerned about Ukraine and the Russian military operation in this country,” Pravda reported.

“The fight for Russian gas will continue. It cannot be ruled out that other European heads of state and government will travel to Moscow after the Austrian Chancellor (did so).”

Nehammer said after the meeting he had attempted to dissuade Putin’s invasion, telling the Russian leader he had “lost the moral argument” with the invasion.

“I mentioned the serious war crimes in Bucha and other locations and stressed that all those responsible have to be brought to justice,” Nehammer said. Russia denies its forces have committed war crimes.

Nehammer described the conversation as “direct, open and hard”. The Austrian government had requested the meeting be held behind closed doors with no joint pictures or statements from the two leaders, which was confirmed by their Russian counterparts.