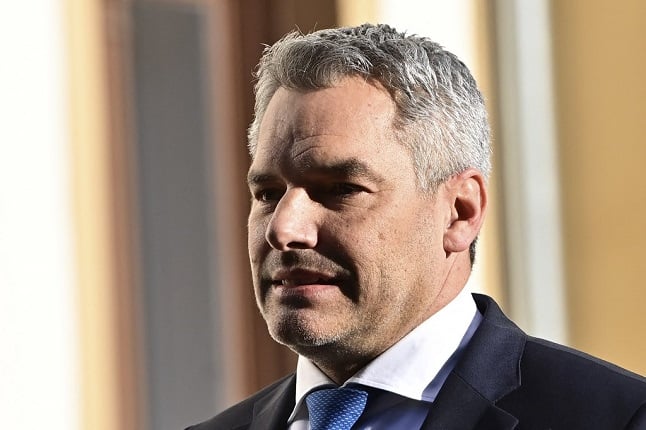 Austrian Chancellor Karl Nehammer on Monday said he was “rather pessimistic” about the prospects for diplomacy ending the Ukraine conflict after his meeting with Russian President Vladimir Putin.

Describing Putin as having “massively entered into a logic of war”, Nehammer told reporters following his meeting that he was “rather pessimistic” about the success of negotiations “because peace talks are always very time-intensive while military logic says: ‘Don’t spend too much time and go directly into battle'”.

Nehammer had been the first western leader to visit Putin since the invasion, having done so in the hope of bringing an end to the invasion.

“Peace talks are always very time-intensive while military logic says: ‘Don’t spend too much time and go directly into battle’,” he added.

However, he said he spoke to European Commission chief Ursula von der Leyen and German Chancellor Olaf Scholz after the meeting and said he had impressed on them the “need for more such meetings” to directly express European outrage at Russia’s actions.

While Nehammer said there was “very little interest on the Russian side in a direct meeting” with Ukrainian President Volodymyr Zelensky, he said the one glimmer of hope was Putin’s continued interest in the Istanbul peace talks. In an earlier statement Nehammer had said his meeting between the two men, which took place at Putin’s residence outside Moscow, was not “a visit of friendship”.

Nehammer described the conversation as “direct, open and hard”. The Austrian government had requested the meeting be held behind closed doors with no joint pictures or statements from the two leaders.

“I mentioned the serious war crimes in Bucha and other locations and stressed that all those responsible have to be brought to justice,” Nehammer said. Russia denies its forces have committed war crimes.

On the topic of sanctions Nehammer said he had “told President Putin very clearly that the sanctions will remain and be intensified as long as people keep dying in Ukraine”.

Nehammer also told Putin of the “urgent” need for humanitarian corridors “to bring water and food into besieged towns and (to) remove women, children and the injured”.

“I will now inform our European partners about the conversation and discuss further steps,” he said. Nehammer’s trip to Moscow followed a visit to Kyiv on Saturday where he held talks with Zelensky.