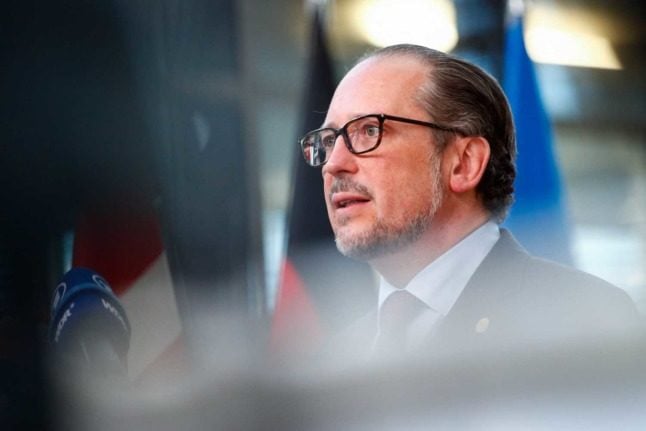 Please note: Austria has since changed its approach, deciding on April 7th to expel four Russian diplomats. Here’s what you need to know.

Austria’s Foreign Minister Alexander Schellenberg (ÖVP) has criticised other EU nations for expelling Russian diplomats and said Austria would not follow the same path – yet.

Schallenberg, of the Austrian People’s Party (ÖVP), said Austria did not agree with the policy of expelling diplomats in bulk and lamented that states were acting individually, not collectively.

The comments were made during an interview with ORF’s ZiB 2 on Tuesday evening and Schallenberg said he is concerned that Russia would take “reciprocal action” if Austria was to expel Russian diplomats from the country.

But Schallenberg also described the Russian embassy in Vienna as a “propaganda machine” and didn’t rule out the possibility of declaring diplomats undesirable if there is evidence to support it.

Hoyos said: “The behaviour of the Russian embassy in Vienna is simply unacceptable and requires correspondingly harsh reactions.”

On Monday, Schallenberg defended his decision to not expel Russian diplomats during a conference in Berlin and referenced Austria’s role as the official seat of the United Nations.

Prior to the reports of atrocities committed against civilians in Bucha in Ukraine, Schallenberg had stated there would be no return to the “status quo” with Russia.

FOR MEMBERS: EXPLAINED: Why Austria won’t allow Ukraine’s Zelensky to speak before parliament

Since Monday, more than 200 Russian diplomats have been told to leave EU countries after reports of civilian deaths in Ukrainian towns hit news outlets around the world.

Neighbouring Slovenia referred to Article 11 of the Vienna Diplomatic Rights Convention in its decision, which allows states to reduce the number of diplomats in their country to the same number as in the other country. Slovenia then expelled 33 of 41 diplomats from the Russian embassy in Ljubljana.

Additionally, EU Foreign Policy chief Josep Borrell confirmed that 19 employees from the Russian representation in the bloc have been expelled “for engaging in activities contrary to their diplomatic status”, as reported by Bloomberg.