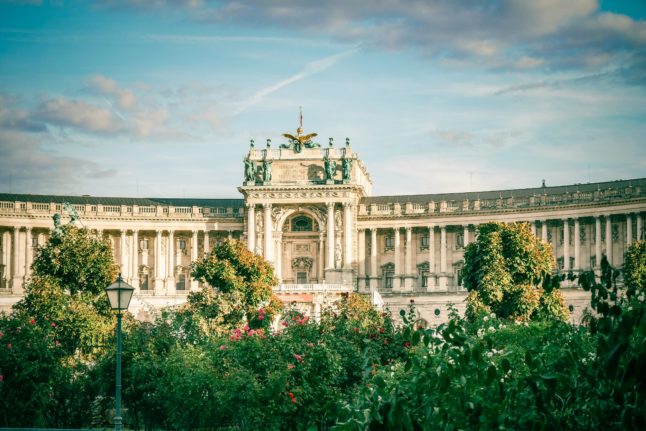 Vienna's Hofburg, one of the many beautiful and opulent buildings of the imperial city. (Photo by Andreas ***** on Unsplash)

Austrians certainly enjoy a good quality of life, and the country has a strong economy that has helped it deal with crises such as the euro crisis in 2010 and the coronavirus pandemic.

According to data from Organisation for Economic Co-operation and Development (OECD), Austria’s gross domestic product (GDP) is on par with the organisation’s best performers, and inequality is lower than in most advanced countries.

When it comes to GDP per capita, Austria is among the top 20 in the world, according to the World Bank.

Homes are also doing well in Austria. The average household net adjusted disposable income per capita is $ 37,001 a year, higher than the OECD average of $30,490.

Household net adjusted disposable income is the amount of money a household earns each year after taxes and transfers. It represents the money available to a home for spending on goods or services.

But how did Austria get so rich?

It goes back a long time

Though we don’t want to start a history lesson, it’s important to mention that Austria’s rich history goes back a long time.

In the 1800s, Austria was a Central-Eastern European multinational power, ruled by the family dynasty of the Habsburgs.

It became the third most populous European empire after the Russian Empire and the United Kingdom. One of its successors was the dual monarchy of Austria-Hungary, which formed its own empire lasting until 1918 – also ruled by the same Habsburg family.

The Dual Monarchy Empire rode the industrialisation and urbanisation age, lagging when compared to drivers such as Germany and Britain, but still investing in its growing industries, focusing on maintaining a positive trade balance.

The wars and rebuilding

Since the days of the empire, Austria has suffered from the effects of the two World Wars, also fought on its own soil. From the first war, the Austrian Empire lost more than half of its territory and dealt with significant economic barriers.

It could have been worse. Hungary, which had stood as a state for almost 1,000 years before the First World War, lost more than 70 percent of its territory, nearly two-thirds of its population, and most of its natural resources.

The country also suffered from the turbulence and losses of the Second World War – including the death and expulsion of most of its vibrant Jewish community. To this day, Austria and Austrians are still trying to atone for the horrors of those years.

In 1945, Soviet troops liberated Vienna, and the country went on to once again be a democratic republic. Still, rebuilding was just starting out, as Austria emerged from the war as poor as any devastated European country.

The European Reconstruction Plan, also known as the Marshall plan after the US Secretary of State who brought it after the Second War, was an integral piece of the “economic miracle” that many European countries, including Austria, went through.

But even before the plan was in place, international help was crucial to post-War Austria. Starting with food supplies and going all the way to financial aid, with the US financing almost 90 percent of Austrian imports from 1945 to 1947, the country wouldn’t have recovered so soon without assistance from the Allies and the United Nations.

A lot of the cash coming in from the Marshall plan was channelled to state-run companies and the public sector to fund public employment and social welfare. Many significant industries were nationalised.

To this day, jobs and government assistance are cornerstones of the alpine country. They guarantee that consumption remains steady even during a recession. Austrians’ basic needs will always be covered, so they know they can buy what they want and keep some savings aside.

Industries and the service sector

In the 1970s, Austria went through a reform period, with large amounts of public spending and investments in the industrial sector.

The country still has a robust export-focused industry and many specialised small and medium businesses.

The sector represents about 25 per cent of Austria’s GDP and employs 25 per cent of its active population. The primary industries are metal, electrochemistry, engineering, and food and luxury commodities.

The country is also rich in natural resources, especially iron ore, magnesite, and other minerals. In addition, it produces petroleum and natural gas but also needs to import some. A considerable part of its energy comes through hydroelectric power, making it a leader in the field in the European Union.

Agriculture is not a leading participant in Austria’s GDP, especially since not even half of the alpine country could yield crops. However, Austrians have focused on quality. As a result, the number of organic farms in the Western lands has increased dramatically in the last 20 years.

Austria’s primary economic sector is service, which contributes to almost 63 per cent of the gross domestic product and employs more than 70 per cent of its active population.

One in every six jobs is in the tourism sector, which also brings a lot of foreign money to the country. With its different landscapes, beautiful towns, numerous offers for hotels and gastronomy, and renowned winter resorts, Austria certainly attracts international currencies through a developed tourist sector.

One of the most important things for Austrian prosperity after the wars was its stability.

It did not fall under Soviet rule; on the contrary, in 1955, it was granted sovereign status in exchange for a neutral military position, and it has been a democratic republic ever since, despite some significant political scandals.

The social welfare of its economy allows it to maintain stability and low unemployment rates. In addition, its exports, services, and high taxes (especially on luxury goods) enable it to keep a positive trade balance and low debt to GDP ratio.

With that combination, Austria could also protect its economy even during crises: financial, euro, refugee, corona. Through all different types of global difficulties, the Austrian government has kept social benefits and extended cushioning measures, with some exceptions.

Most recently, the short-term work scheme during Covid, or even one-off payments to offset the increasing cost of living.

Not everything is perfect, however

Things are not perfect in Austria. As it has been abundantly clear in the last few weeks, the country is highly dependent on a few suppliers for natural gas, which is used for industrial processes and heating households.

And the Ukrainian war’s consequences have increased the cost of living internally as energy prices soar.

Besides that, like many European countries, Austria has an ageing population and a pension time bomb problem in its hands. People are not entering the workforce in numbers high enough to contribute to the system and help growth.

All of this has been made worse by the coronavirus pandemic. However, the alpine country has managed to deal with the crisis better than many countries, especially with its public health system and social payments.