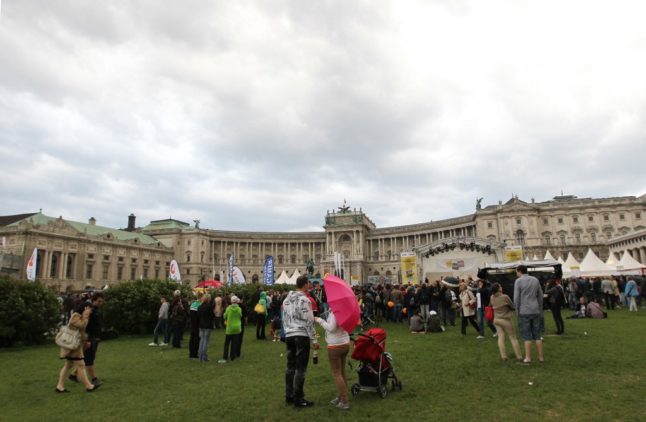 It's looking gloomy and rainy out there today. (Photo by ALEXANDER KLEIN / AFP)

Austria has triggered the first phase of its emergency plans to deal with possible gas supply disruption due to a possible payments stand-off with Russia. The reason is Russia’s announcement that future gas deliveries will need to be paid for in roubles, the climate ministry said on Wednesday. However, gas deliveries from Russia are currently continuing without restrictions.

The domestic gas storage tanks in Austria are 13 percent full, which corresponds to the average in recent years, broadcaster ORF reports. In Austria, 80 percent of gas deliveries come from Russia.

Nehammer to travel to Berlin to discuss Ukraine with German Chancellor

Nehammer wants to discuss how to bring about de-escalation and dialogue in Ukraine with Scholz. Both Austria and Germany are heavily dependent on Russian gas supplies and reject an energy embargo against Russia that Ukraine has called for.

There are a decreasing number of infections in Austria, meaning the risk number assigned by the Covid-19 traffic light commission has decreased in all states this week. Nevertheless, all federal states and the state of Austria as a whole will remain red (the highest risk level) in the latest assessment from the commission.

Vienna has the best risk number at 189.4. This figure takes into account case numbers along with factors such as patient age and vaccination status. Last week it was 229.8. To go into the high-risk orange zone, the number will have to sink below 100. Carinthia has the worst value with 337.3. As far as the number of Covid-19 cases is concerned, Tyrol has the best numbers and Lower Austria the worst.

Who can get unlimited Covid-19 tests in April in Austria?

More details have been revealed about who will be eligible for unlimited Covid-19 testing once the offer is reduced to the general public in Austria in April. From Friday, April 1st, it will only be possible for most people to get five PCR and five antigen home tests per person per month. However, in hospitals, nursing homes and kindergartens, unlimited free testing can continue. Free testing will also remain for residents and staff at care facilities and health resorts. People who are 24-hour carers or assistants to disabled people are also exempt from the restriction, as are employees of rescue services.

If you have a stash of Covid-19 tests stored away at home, these can still be used in April.  People with Covid-19 symptoms can also receive tests free of charge by calling the health hotline 1450.

Yet another political scandal has been revealed in Austria. The Kronen Zietung reports the President of the National Council, Wolfgang Sobotka (ÖVP), who is also overseeing a committee looking into corruption within the ÖVP party, is being investigated for abuse of office. The reason for this is the discovery of phone messages from ex-polician Michael Kloibmüller which appear to show he interfered in the appointment process to a job in the Vienna Deputy State Police Headquarters in 2017. Andrea Jelinek applied to take on the job, but was prevented because she was believed to be too close to the rival SPÖ party, it is alleged. Sobotka has now resigned from chair of the committee looking into  corruption in Austrian politics. However, he says the accusations against him are politically motivated. SPÖ parliamentary group leader Jan Krainer pointed out an  ÖVP politician who is being investigated for corruption could not stay as chairman of a corruption investigation committee.

Funds to help pets and animals of people fleeing Ukraine

Austria’s Ministry of Social Affairs is providing 65,000 euros to help animals which have accompanied displaced people coming from Ukraine. The Kronen Zeitung reports animal protection organisations have been in crisis mode since the beginning of the pandemic, and the war has exacerbated this situation. The money will be given to animal shelters, clubs and animal welfare organisations which are supporting  Ukrainian refugees in caring for their pets.

Austrians are using the time they have saved on commuting during coronavirus pandemic to do more cleaning  according to a survey from ImmoScout24. The survey found 57 percent of Austrians use the time gained for housework, and people aged under 30 are doing the most extra cleaning, the Kronen Zietung reports.

Refugees from Ukraine will be allowed to earn up to 485 euros a month, instead of the usual 110 euros. The decision was announced by the Interior Minister Gerhard Karner (ÖVP) after a conference with the refugee state councillors in Austria. There will also be an increased payment of 60 euros per month for people who are housing refugees. This means that a total of 180 euros per person is available to pay for private accommodation, broadcaster ORF reports. This extra payment will also be available for anyone housing asylum seekers.

There are signs that an electricity price brake may come into effect later in the year in Austria, meaning a certain quota of electricity would be made available for each household at a certain price. The Austrian  Finance Minister Brunner (ÖVP) has said that the ÖVP-Green government is currently in the process of working on this electricity price brake.  He expects a corresponding law to be passed in September and that it will come into force in October, according to broadcaster ORF .

Last week, Vienna’s finance minister Peter Hanke told the Standard newspaper that people should set their heating to 19 degrees and suggested the capital’s museums might be set to a lower temperature to reduce energy costs.

Households that have not yet redeemed their voucher or have to apply for a new one, for example because the voucher was lost or did not arrive, have more time to do so. New vouchers can now be requested from the energy cost compensation hotline on 050 233 798 until the end of October.

READ MORE: How to claim your €150 energy discount in Austria

The right wing FPÖ party leader Herbert Kickl appealed to Cardinal Christoph Schönborn at the weekend to suspend the payments of Catholic church contributions in Austria for an indefinite period in view of the  current extreme wave of inflation. The Archdiocese of Vienna replied that It has been “practice in the Catholic Church for years”, to take into account the individual situation of its contributors.

“Of course, nothing will change in the current crisis or in the future,” stated the press office of the Archdiocese of Vienna, according to Kathpress.

Kickl had previously said that Schönborn, as head of the church, should know “how poverty and existential fears can affect people – and for many of them every cent that they have or don’t have at their disposal counts”, broadcaster ORF reports, adding it was very difficult to get an exemption from contributions.

READ MORE: What is Austria’s church tax and how do I avoid paying it?

The FPÖ party has had what the Standard newspaper described as “a horror week” after advertisements briefing against top officials in FPÖ Vienna was found on the phone of  former FPÖ MP Hans-Jörg Jenewein. Vienna FPÖ boss Dominik Nepp said the report was “completely irrelevant”, while noting that the matter would be “clarified internally”. The Vienna FPÖ head also criticised the media, which he said had exaggerated the issue, arguing that an attempt was being made to provoke a dispute within the party, broadcaster ORF reports. 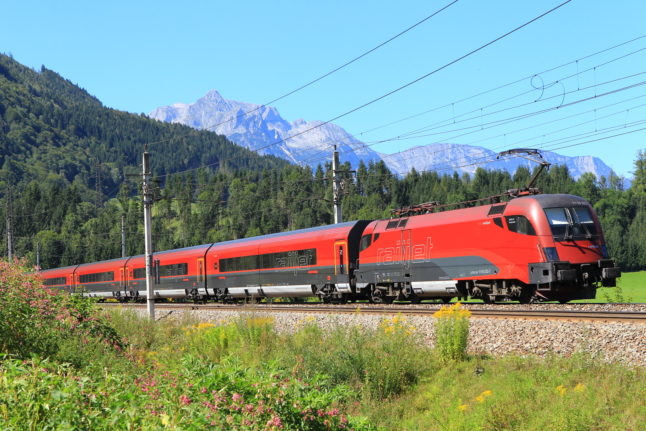