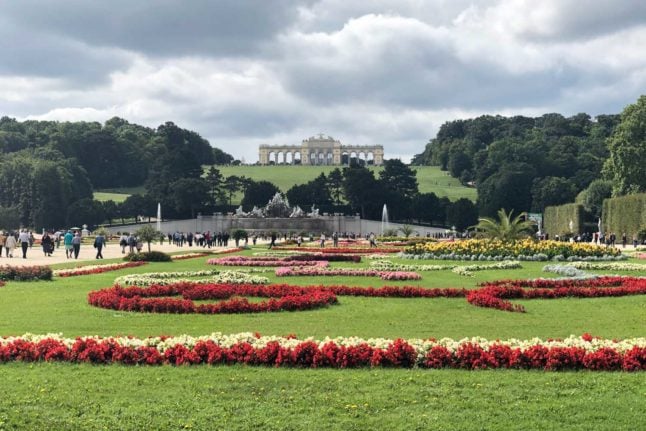 Thousands of people attended a benefit concert for Ukraine in Vienna Heldenplatz (Heroes’ Square)  on Sunday. Austrian stars such as Conchita Wurst performed and a speech recorded by the Ukrainian President Volodymyr Zelensky was aired. The benefit concert, which had the now familiar slogan “YesWeCare”  was organised by artist Daniel Landau.

Admission was free but people were encouraged to donate to the charities SOS Children’s Villages and Nachbar in Not (Neighbors in Need). The Austrian President Alexander van der Bellen also gave a speech, tweeting afterwards: “No child should have to flee. No child should have to experience war. The war must be stopped.”

Ministers of the Interior from across the EU are meeting today to discuss how to proceed with the huge numbers of refugees flowing out of Ukraine. According to the UN refugee agency, more than 3.8 million Ukrainians have left the country since the beginning of the war.

Ukraine has a population of more than 44 million, and more than two million refugees have been arriving in Poland alone. Of these 212,000 people have been counted in Austria, but 80 percent of these are believed to be in transit. On Saturday, 32,500 “displaced persons” had been registered in Austria, broadcaster ORF reports.

Vienna to speed up registration for Ukrainian refugees

Vienna is hoping to speed up the registration of Ukrainian refugees by purchasing new equipment such as passport readers, fingerprint scanners and computers with special data processing software.

According to the Ministry of the Interior, 95 additional recording modules arrived at the weekend and were immediately delivered to the state police departments. Vienna now has  37 registration modules rather than 27, broadcaster ORF reports.

How would banning gas and oil imports from Russia affect Austria?

A report by economists on how a ban on Russian gas and oil would affect the economy of German speaking countries is discussed in Der Standard newspaper.  It comes from a group of scientists led by Rüdiger Bachmann from the University of Notre Dame in Indiana and Moritz Schularick from the University of Bonn.

Based on its findings, in Austria an embargo on energy and raw materials would cost 3.3 percent of economic output by the end of the year, according to a calculation by the economist Christian Helmenstein for the Federation of Industry. This would cause Austria’s economy to stagnate.

However, it is not possible to model how a complete stop on gas imports would affect Austria’s economy, according to Harald Oberhofer from the Vienna University of Economics and Business. Austria gets more than 80 percent of its gas from Russia.

Daniel Gros from the Center for European Policy Studies has also written an opinion piece in Der Standard newspaper calling for targeted energy tariffs to be put in place to lessen dependence on Russian gas.

Alles Gurgelt employees to stay in jobs in April

Employees of the Lifebrain laboratory, which carry out Vienna’s Alles Gurgelt (Everyone gargles) Covid-19 tests will not be laid off in April, the Krone newspaper reports, despite fears that 1,200 employees would be sacked as unlimited testing in Austria comes to a halt in April.

Managing Director Michael Havel  told the newspaper “Vienna Today” the company expects to be carrying out more tests in autumn. The Krone  newspaper also reports there are problems with the Alles Gurgelt tests this morning, and there may be delays in getting results.

A forest fire is burning on the Burgstallberg mountain in the Carinthian Mölltal, around 250 firefighters from numerous fire brigades have been fighting the fire since Sunday evening: which saw almost ten hectares go up in flames in a very short period.

Farmers, two police helicopters, an ÖBB fire engine and the army are also on the scene to help.

The fire was brought under control by nightfall on Sunday, but the embers are still being extinguished, broadcaster ORF reports. There is currently a fire ban across Austria due to the drought, with large fines in place for anyone who breaks the rules. Rain is expected at the end of the week.

Trip to Israel for Austria’s Foreign and Economic Ministers