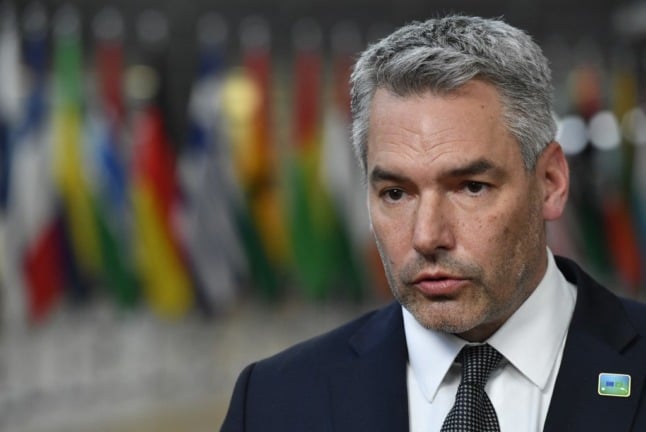 Austria will be protected by NATO in the event of Russian aggression, Chancellor Karl Nehammer has told Der Standard newspaper.

At the EU summit last week in Paris, the EU states promised those neutral EU countries that are not members of NATO, such as Austria, military assistance in the event of an attack.

According to the Chancellor, the assistance would come due to the EU assistance obligation pact. This applies to EU countries such as Malta, Ireland, Cyprus, Austria, Finland and Sweden. Nehammer (ÖVP) told the newspaper the promise had “remarkable clarity”.

However, he emphasised there were no plans for an EU army.

The summit brought together European Union leaders to discuss the bloc’s security policy, especially in light of the Russian invasion of Ukraine.

The war in Europe

Nehammer also mentioned that the large European states have more responsibility when it comes to issues such as the war in Ukraine. However, he said that the concern is more significant for the smaller States on the border with the Russian Federation, as they are “specially affected” by the war.

Sharing the information he received at the summit, the Austrian said that the assessments given by those leaders who maintain talks with Putin are “not very optimistic”.

The strong Ukrainian resistance can “lead to the use of ever-stronger weapons”, he said.

He reiterated the importance of the EU, NATO, and the US to refrain from military actions. The goal is to keep this war in Europe from escalating, Nehammer said.

The chancellor was clear: there are no European plans to intervene militarily in the war. However, with the approved economic and weapon support, “there is a very clear support for one of the war participants”, Nehammer said.

When asked whether the “clear support” would hurt Austria’s neutrality principle, Nehammer explained that the country applied a so-called “constructive abstention”.

In practice, in the military matters, Austria had abstained from voting to make the decision of other states, specifically the NATO states in the EU, possible. Nehammer said that other non-NATO members, such as Ireland and Malta, had done the same.

He added that it is not the moment to discuss fundamental things such as the country’s security policy orientation during a time of crisis. This is not the first time the chancellor has spoken out against questioning and debating Austria’s neutrality in international affairs.

“Neutrality has always proven useful for Austria and the people in the country”, the chancellor said.